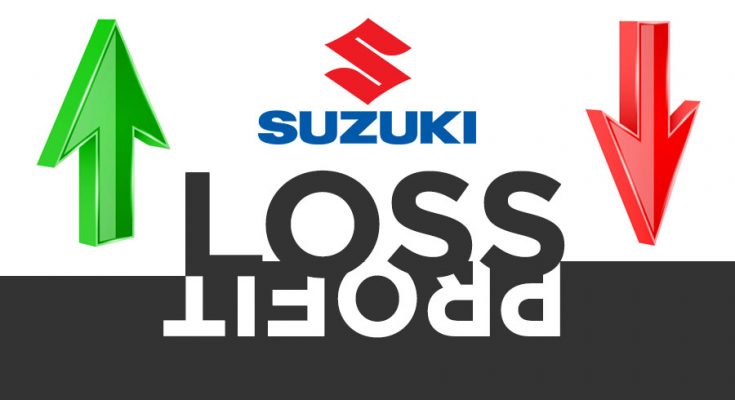 Pak Suzuki has long enjoyed an unparalleled dominance in Pakistan auto market ever since the company came into inception. For more than 3 decades it holds a complete grip on the small passenger vehicle segment thanks to the absence of competition, unwillingness of other key players to introduce rival products & satiated support of the government as well– remember Proficient?

Despite all this, Pak Suzuki which also happens to be the largest automobile assembler of Pakistan is often mocked for selling substandard, feature-ripped, overpriced and obsolete cars that were done with their life in global markets long time ago. Their lousy quality control is another debate on its own.

For decades the company has been enjoying celebratory profits in the absence of true competition however lately things aren’t going in favor of the company. Year 2019 didn’t proved out to be too good for the local auto sector including Pak Suzuki. Due to depreciating Rupee value against the US Dollar, unchecked price hikes that were made in frequent intervals, and added duties imposed by the government, sales of automobiles in Pakistan started to witness a steep decline. And the situation has only worsened ever since the beginning of this fiscal year.

Pak Suzuki started to post quarterly losses & decline in profits from last year; however the company recently revealed to Pakistan Stock Exchange (PSX) that it has suffered from a net loss of nearly Rs 3 billion for the year ended December 2019. For the first time the company observed non-production days in the first two months of this calendar year due to considerably low demand of its cars but the situation will only get worse in coming months due to COVID-19 (coronavirus) pandemic as all automakers in Pakistan including Pak Suzuki has halted the production operations from 23rd of March in order to prevent spread of the deadly virus.

If we look at the sales of Pak Suzuki vehicle, not a single one saw decent sales during last year. In fact the stats show a miserable decline which also renders the ongoing financial woes of the company. Although it was helped by Alto 660cc which came in as a replacement of 3-decades old Mehran, and Pak Suzuki in order to cash its success to the maximum, made multiple ballooned price revisions in order to dampen its declining profits but sadly the Alto too, has lost its momentum now and has recorded its lowest-ever sales in February 2020.

Let us look at the sales performance of Pak Suzuki cars in the first 8 months of this fiscal year versus the corresponding period of previous year.

Sparing the Alto, Pak Suzuki product range suffered from -56% decline in sales, however if we add the 29,000 odd units which Alto sold during this period, the cumulative volume has declined by 30%.

Now as far as the COVID-19 is concerned, no one really knows when the automobile production will resume as not just in our country but major auto plants across the globe are observing shutdowns in order to prevent the spread of virus. This has put the already limping auto sector of Pakistan on the brink of a collapse.

Recently Pak Suzuki spokesperson Shafiq Ahmed Shaikh while speaking to Express Tribune pointed out that the auto industry which was already in a crisis would receive a huge blow due to plant closures and suffer even further losses. He said:

“More than a million people are directly and indirectly employed in the automobile sector, hence, we request the government to draw up a separate bailout plan for this sector.”

The Pak Suzuki spokesperson went on to suggest:

Shafiq Ahmed Sheikh pointed out that the auto sector has not laid off its direct employees yet although jobs of vendors (indirect employees) have been lost in large numbers. The current situation is like a natural disaster, which has added to the woes of local auto sector. 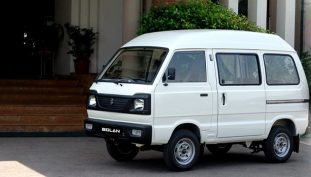 Surprisingly during all these years no technology transfer was made by the company, as even after nearly 40 years of production, Pak Suzuki still can’t produce the likes of Bolan on its own. And despite claims of up to 70% localization, high-value sophisticated technical parts requiring an advanced level of engineering—including the engine, transmission & CKD kits etc are still being imported.

From the looks of it, things might not go too well for Pak Suzuki and the local auto industry at large. In these times of uncertainty, consumers will be spending on essential goods and services, and cars may be far from their minds. It might take a long time for things to settle down which might result in further financial despair for the company. Perhaps tables are about to turn for Pak Suzuki.

Update: 4 of Suzuki hatchbacks recorded their lowest-ever sales in March 2020.

There should be no bailout package for the auto sector unless they too cut down their final invoice price for all models by half. They have been ripping off their customers and this is just karma striking back… hard.

Such a soothing read 😄