Toyota has announced that the all new 4th generation Yaris hatchback will officially go on sale in its home market, Japan on the 10th of February 2020.

The Japanese automaker unveiled the all new Yaris in October having ditched the Vitz nameplate which was used in Japanese Domestic Market (JDM) ever since the vehicle was first introduced in 1999 as a replacement of Starlet hatchback. From now on, the 4th gen model will use the Yaris nameplate in Japan instead of Vitz.

The new Yaris is the first model to adopt the newest iteration of TNGA platform called (GA-B) which is specifically developed for compact cars, and features a lightweight and highly rigid body with a low center of gravity. Toyota says the new Yaris was developed to combine the nimble handling characteristic of compact cars with high-quality ride comfort and the latest safety and security technologies that significantly exceed customer expectations.

The car’s next-generation THS-II hybrid system is based around a M15A-FXE 1.5-liter inline three-cylinder Dynamic Force Engine, and fuses powerful, seamless driving performance with world-leading fuel efficiency for a compact car of 36.0 kilometers per liter, according to WLTC test cycles. The new Yaris is also the first Toyota compact car to feature the E-Four electric four-wheel-drive system. 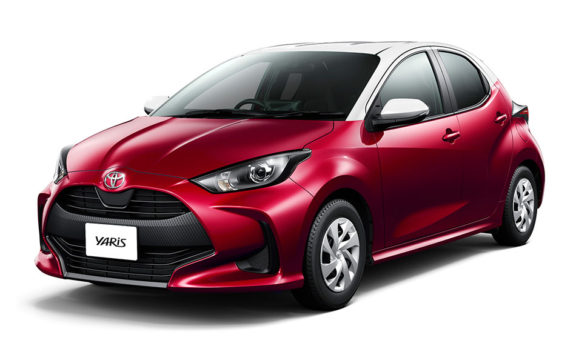 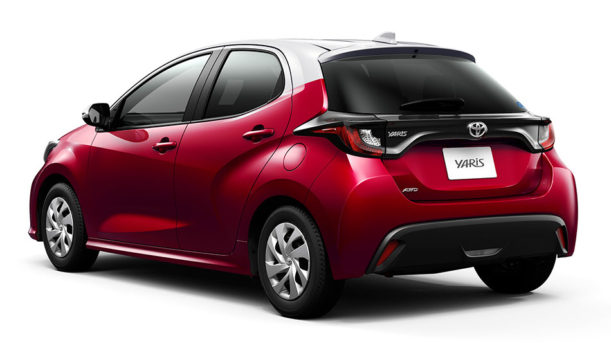 The gasoline-powered versions are equipped with a newly developed M15A-FKS 1.5-liter inline three-cylinder Dynamic Force Engine, with the option of either a 6-speed manual or a Direct Shift-CVT with 2WD or 4WD settings that provides smooth, direct acceleration. In order to provide customers with a greater variety of choice, there is also a version that pairs an improved 1.0-liter 1KR-FE engine with a lighter and more compact Super CVT-i.

The new Yaris is expected to become a highly popular compact car, and for this reason it is equipped with a wide range of advanced and convenient functions: it is the first Toyota car to be equipped with Toyota Teammate Advanced Park (including Panoramic View Monitor functions), Toyota’s advanced parking support system; it features the latest Toyota Safety Sense, which is now capable of detecting oncoming cars when turning right at an intersection, and of detecting pedestrians crossing the street when turning right or left; and it comes with Turn Tilt Seats, which make it easier to enter and exit the vehicle. Display Audio, which can be connected to Smartphones, is also fitted to all grades as standard. 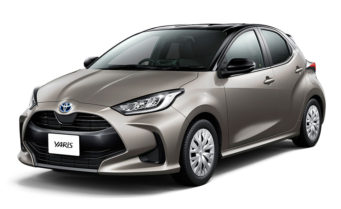 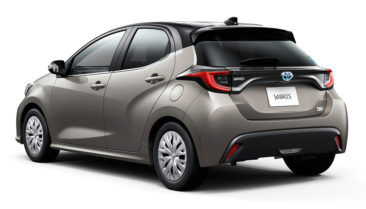 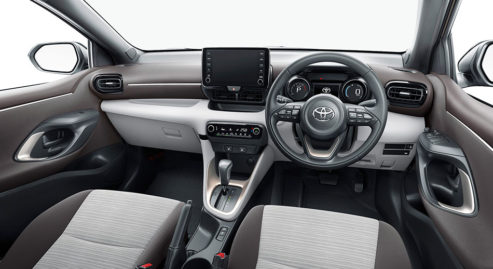 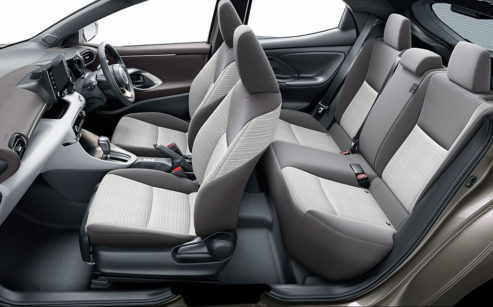 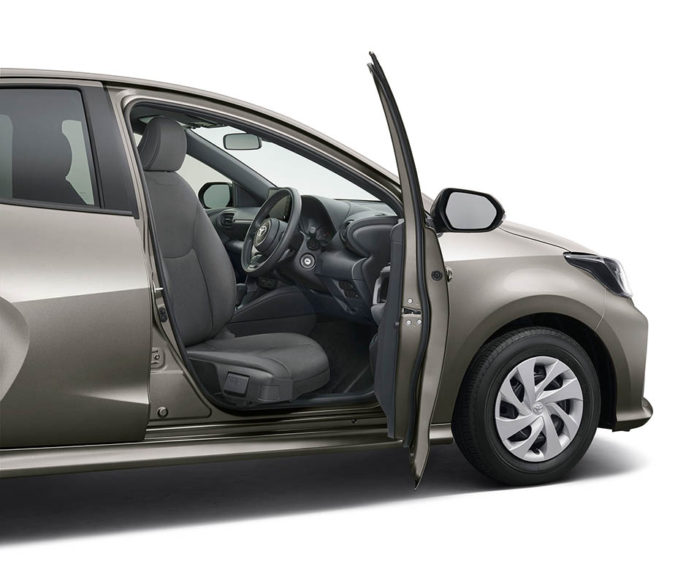 So we are getting old generation model as usual

Why they changed vitz name to Yaris in Japan? ?

Nice pics of Yaris 2020. Love the design and the large space of the interior.