There were certain cars in our market which were extremely popular in their times, but faded into history as the time progressed. One such reliable and highly successful car of its class was undoubtedly the Toyota Starlet.

Many might have had this vehicle in the past, as its success in our market spanned for nearly two decades. Let us take a look at this popular car from the past, that once ruled the hearts of our people. 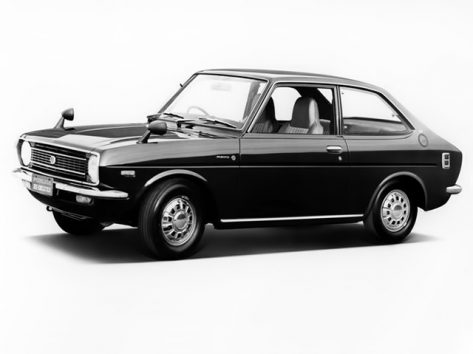 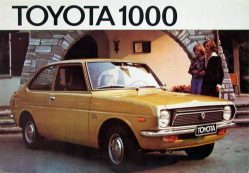 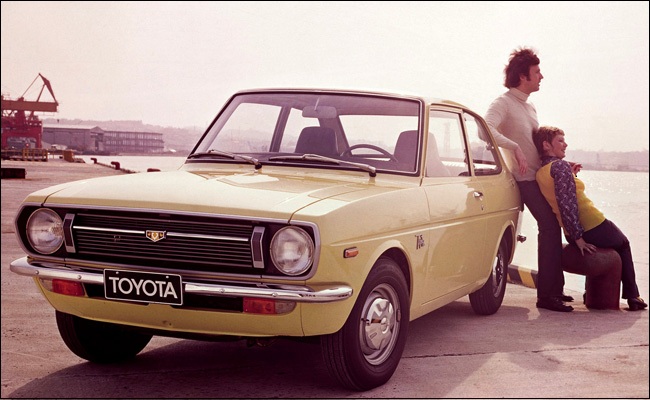 The Toyota Starlet chronicle began in April 1973. The first Starlet model appeared as Publica Starlet coupe that acted as a flagship variant of the third-generation Publica facelift range in Japan. The Publica was known as the Toyota 1000 in export markets.

Aimed at the young car buyers of that era, the Starlet had a unique fastback-style body that was a size larger than the regular Publica range. It was immediately identified by the kicked-up beltline at the rear quarter window, which wrapped around the C-pillar to reach the bottom of the rear screen. 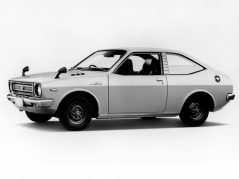 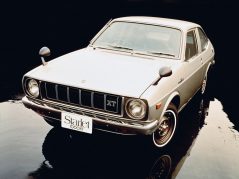 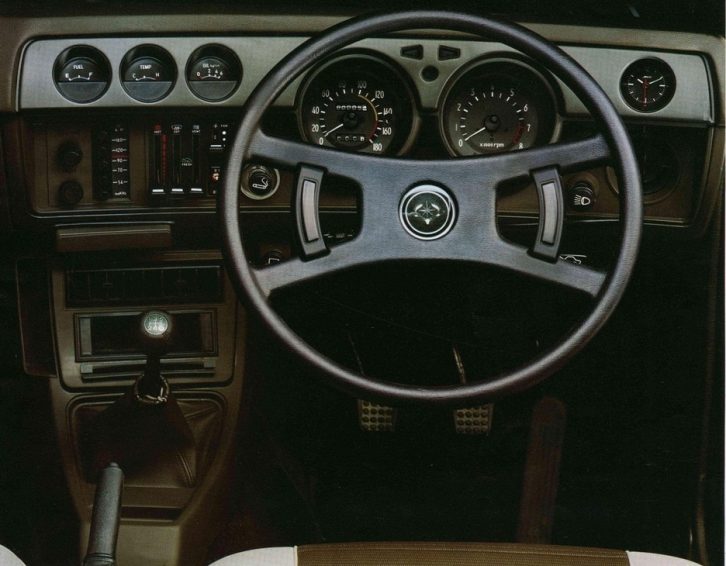 Since the Starlet was originally spawned from Publica, it always carried a ‘P’ letter in its chassis code. The first generation was called P40/P50 and was produced between 1973 and 1978. The engine and transmission options were picked from the Publica series and the Corolla. It included 1.0 and 1.2 liter K-series engines paired to either a four or five-speed manual gearbox or a two-speed automatic. In February 1976, the first gen Starlet received a facelift.

In February 1978 the Publica and Publica Starlet were consolidated into the new Starlet range, while the longstanding Publica name was officially discontinued. 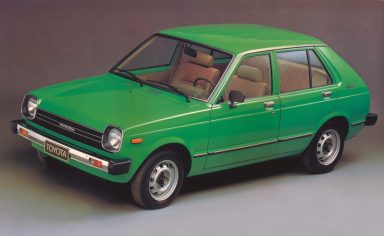 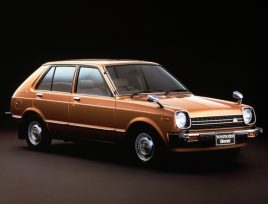 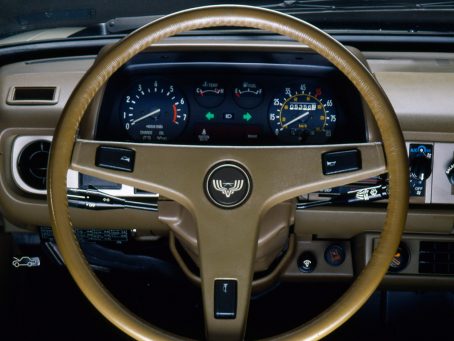 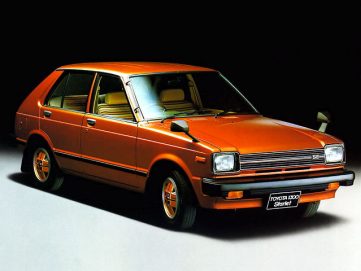 Like most competitors it was available in three- and five-door body configurations, however Starlet differentiated itself by retaining a front-engine, rear-wheel drive layout. Although in international markets the P60 Starlet carried 1.2 and 1.3 liter engines as well, however in our market the 1.0 liter K series engine was found in majority while 1.2 liter versions were available in limited numbers. Transmission choices were chiefly 4-speed manual, however 5-speed manual and 3-speed automatic versions were available with the facelift versions.

Related: From the Era When Cars Looked Like Cars..

Produced between 1978 to 1984, the P60 Starlet received two major facelifts. In 1980 it adapted square headlights replacing the circular ones and a second facelift followed in 1983 to incorporate a slant nose front end, and a lower rear hatch opening. 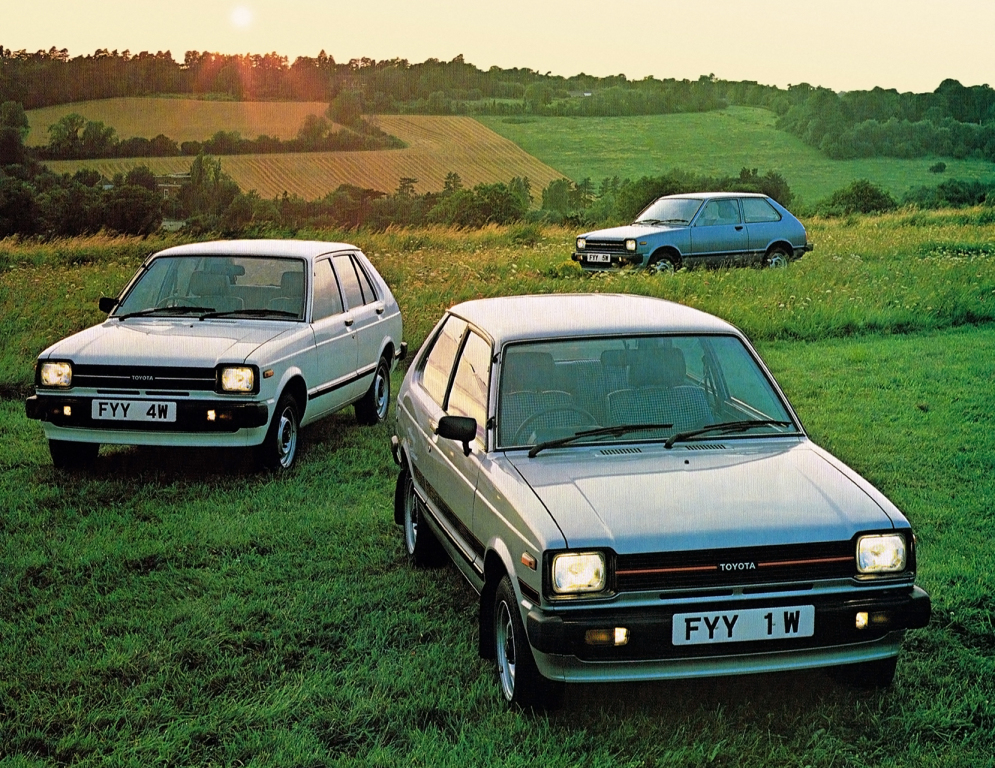 The P60 offered a number of mechanical advancements. While the front suspension inherited the MacPherson strut and coil spring setup, the rigid rear suspension was switched from leaf springs to a four-link coil spring system. The Starlet P60 was also the first Toyota passenger car to employ highly responsive rack-and-pinion steering, along with the front wheel disc brakes.

The third generation starlet, known as the P70 series was introduced in October 1984. With this generation, the Starlet switched from rear wheel to front wheel drive, the layout that had become a norm by that time. The Starlet was pretty late in adapting front wheel drive as rival cars like the Daihatsu Charade were already front-wheel driven since the late 70s. 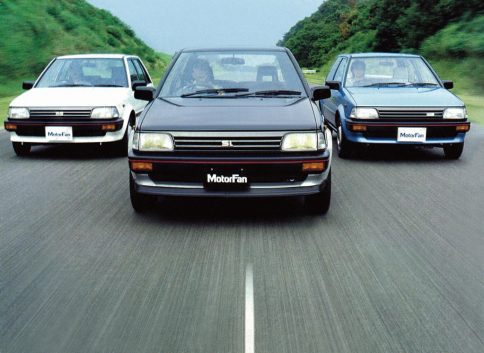 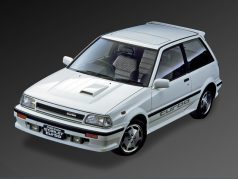 The P70 was the last Starlet generation to be available in Pakistan and its sales always lagged behind the rivals such as G11 Daihatsu Charade and the MK-I Suzuki Swift which later became Khyber and went on to become a household name among 1000cc hatchbacks in our market. Furthermore the imports were tightened in order to flourish the local industry hence imported cars particularly after the late 80s started to become a rare sight in our country. Though some rare newer generation Starlets can be seen in some road shows and events today, but they were never sold in volumes.

continued on next page..

4th gen Starlet could be seen in Pakistan. A few white-coloured specimen were out and about on the streets with Edhi number plates. The article fails to mention that Toyota Starlet nameplate has been resurrected in Africa, they are selling a rebadged India-made new Baleno (SZ3) under this name in Africa. In India the new Suzuki Baleno (SZ3) is also marketed as Toyota Glanza, Glanza used to be one of the trim levels of Starlet in UK. It was a used or new JDM import though but found more popularity in UK. Only 1 or 2 samples of 5th gen… Read more »

ATTN: the article was published in January 2019, whereas the new (re-badged) Toyota Starlet is scheduled to launch in South Africa from mid-September 2020. You need to re-correct the “fails to mention” statement since you are 1.5 years late to comment on this post 🙂