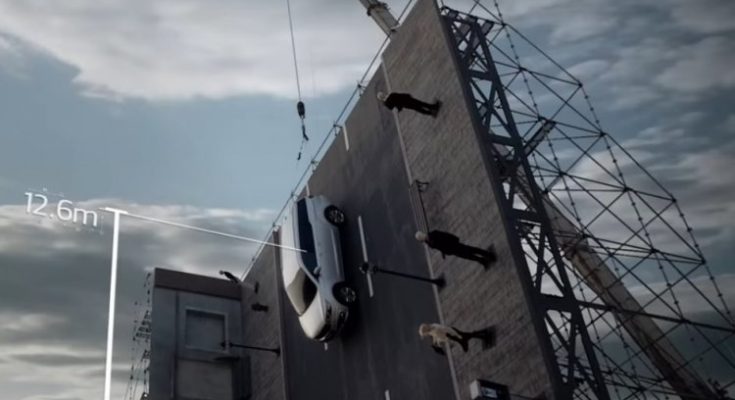 In modern era, crash tests are a common evaluation method to analyze a vehicle’s safety & structural integrity. Different types of crash tests such as frontal, offset, side impact and rear collision are performed on cars to test their impact-absorbing capabilities however Kia New Zealand has moved a step ahead in conducting a unique one-of-its-kind Vertical crash test on its Carnival luxury MPV.

With the help of a crane, the vehicle was lifted 12.6 meters high on a vertically flat surface aligned at 90 degrees from the ground. It is then dropped on the surface at a speed of 56 km/h and the result is pretty impressive. The Carnival effectively absorbs the impact with pillars and safety shell remaining intact. Airbags were deployed well within time whereas the crash dummies received minimum impact.

The current generation Kia Carnival already boasts a 5-star crash test score and this latest stunt just goes to reflect that. However the South Korean automaker has recently revealed the all new 4th generation Carnival which is set to go on sale towards the second half of this year and is yet to be crash tested. The luxury MPV is marketed under different names in different markets such as Grand Carnival and Sedona.

Kia marked their comeback in Pakistan with the launch of 3rd gen Grand Carnival in 2018. Available with a 3.3 liter V6 engine, the Kia Grand Carnival comes in 2 trims– LX and EX and is priced at PKR 48.99 lac and PKR 64.99 lac respectively.