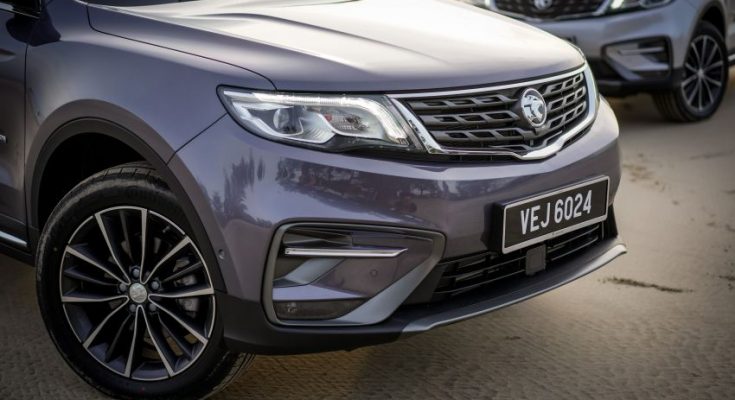 Proton launched it’s first-ever SUV– the X70 back in December 2018. Based on the Geely Boyue, the X70 since its introduction has seen phenomenal success in Malaysia and has won couple of coveted automotive awards already.

So far the X70 in Malaysia was sold as CBU import from China, however a year after its launch the CKD assembled units started to roll off the assembly lines in December 2019 from Proton’s Tanjung Malim factory. Now the X70 CKD has officially been launched in its home market featuring some improvements as well as a new 7-speed DCT gearbox. 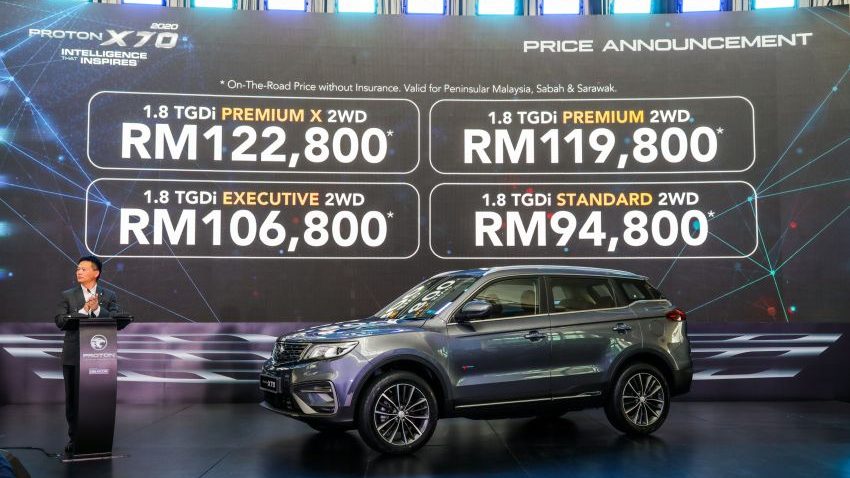 Like before, the X70 comes in four variants– Standard 2WD, Executive 2WD, Premium 2WD while Proton has dropped the Exec AWD version due to low demand, this has now been replaced by the range topping Premium X variant. All CKD variants have received a marginal reduction in price. 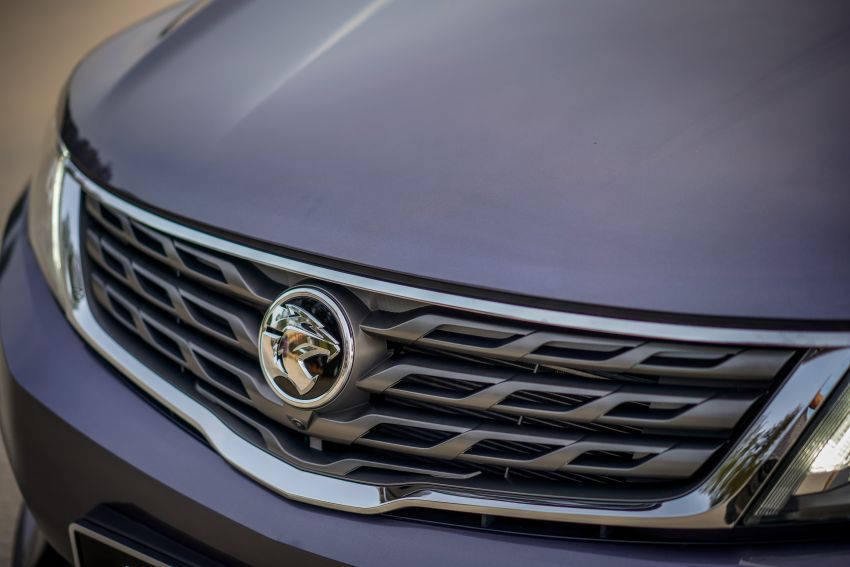 In terms of design, the X70 looks largely unchanged however it now carries the new Proton logo as well as new alloy wheel designs, which comes in 17”, 18” and 19” depending on the variant. The exterior color options have also been increased to six– including the new Space Grey as well as previously available Snow White, Armour Silver, Jet Grey, Cinnamon Brown and Ruby Red.

Inside, the most obvious change is the redesigned electronic gearlever that controls the new 7-speed wet dual-clutch transmission co-developed by Volvo & Geely. Previously there was a 6-speed torque convertor deployed with the CBU versions. Sparing the base variant, Ventilated front seats are now offered with air being blown through the base of the seat, activated either through the climate control menu in the infotainment system, or by using the “Hi Proton” voice command. 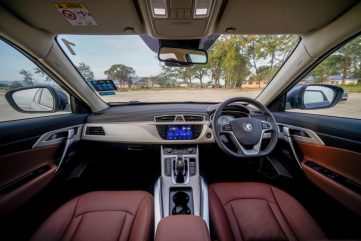 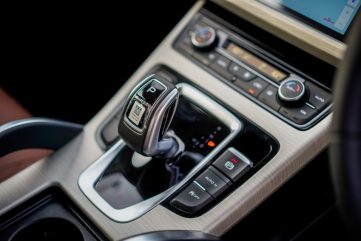 For rear passengers, the 60:40 split-folding seats now come with a reclining function, which was implemented based on customer feedback. Proton also acknowledged the need for a powered tailgate, and has made it available on the Executive variant and up, with programmable height adjustment. Other improvements include redesigned boot, which gets carpeting instead of plastic components, and there is now an additional shopping hook on the left side inside the boot. 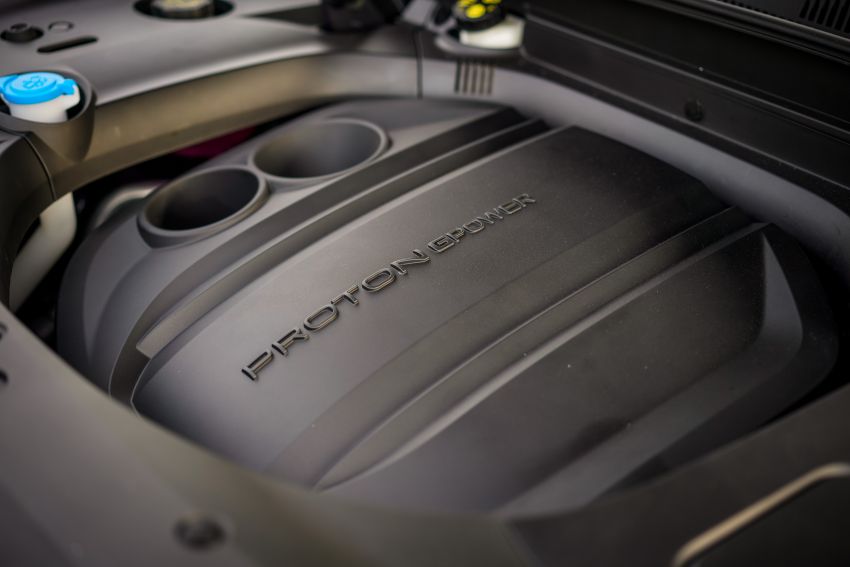 Under the hood, 1.8 liter turbocharged and direct-injected four-cylinder petrol engine is mechanically the same as before, but now comes with a new engine cover that carries the “Proton GPower” lettering. The engine still produces 181hp at 5,500 rpm, but thanks to the new gearbox, peak torque has been bumped up to 300Nm from 1,750 to 4,000 rpm, which is 15Nm more than the 285Nm offered previously. 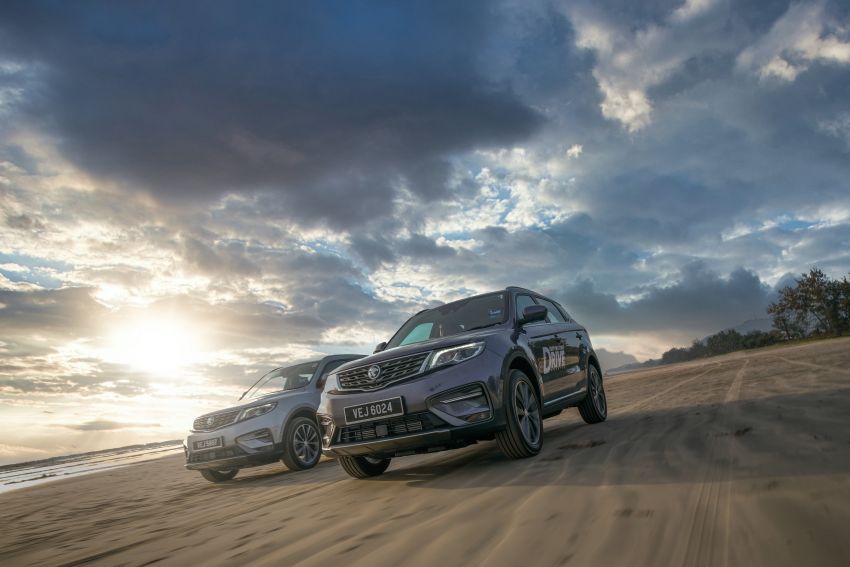 Lastly, in terms of ride and handling, the new X70 gets the dampers slightly tuned to give better body control and less body roll, while maintaining the comfort levels. The equipment remains largely same as before however the panoramic sunroof is now available with the flagship Premium X version only.

Proton is in process of making its entry in Pakistan starting with the introduction of 1.3 liter Saga sedan followed by the X70 SUV. Camouflaged test mules of Proton X70 have already been spotted testing on the roads while the launch is anticipated towards Q1, 2021. Whether it will get the 6-speed AT or the 7-speed DCT we will have to wait to find out. Stay tuned to CarSpiritPK for more information on Proton X70 in Pakistan. 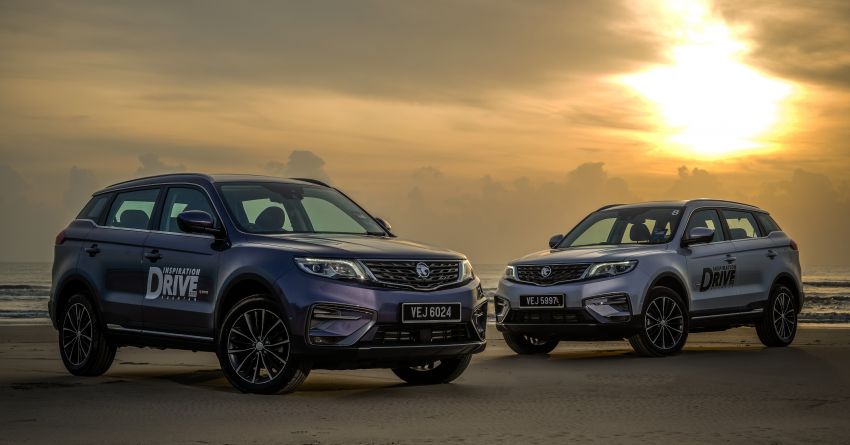 Proton x70 is an excellent car, must get the much needed success and space.

Pakistan must get the 7 DCT & all versions launched in Malaysia.

But if Pakistan gets the old 6 speed model, then I’m afraid, we won’t find it competing with big 3.
It will fail or snail.