Isuzu MU-X has the same relation with D-MAX which the Toyota Fortuner has with the Hilux. The 7-seat ladder on frame SUV has been around for nearly 7 years and is based on the 2nd generation Isuzu D-MAX.

While the D-MAX entered its 3rd generation late last year, the MU-X is yet to receive an update. Now for the first time however, leaked design images of next generation Isuzu MU-X have surfaced the internet, which were submitted to the Japan Patent Office earlier this week.

Like the 3rd gen D-MAX, the next gen MU-X will get sharper styling up front but slightly different than its brother with slimmer set of headlamps, revised grille & bumper however the front doors, bonnet and front fenders are almost exactly same. 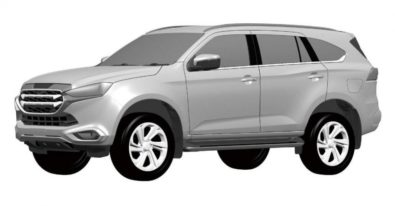 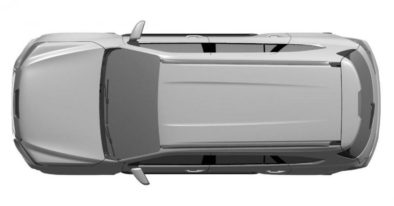 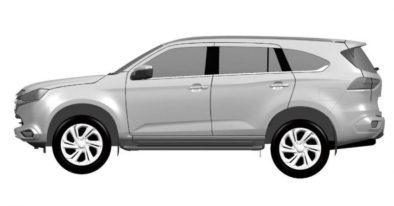 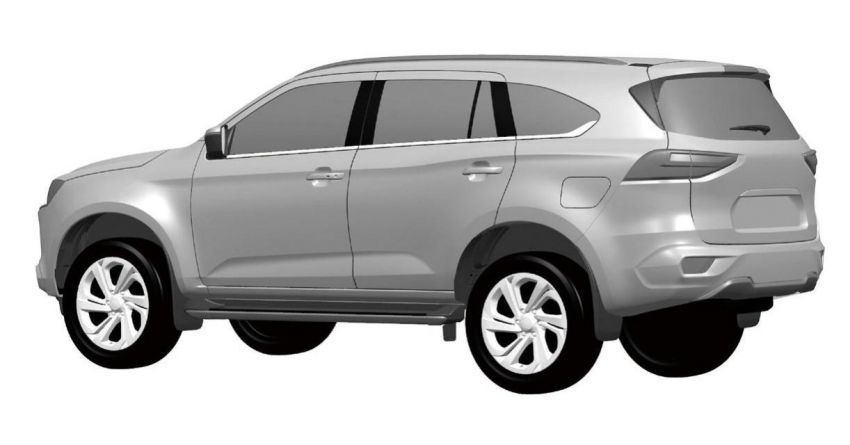 The side profile shows a cohesive look with a continuous window line instead of an enlarged C-pillar as in the current model. There is also an added character line that rises over the rear door handles and makes its way towards the rear lamps. Towards the back there are sleeker set of tail lights oriented horizontally whereas a large reflector housing & diffuser occupy the rear bumper. The rear windshield wiper is mounted on the glass on top of which is an embedded spoiler with stop lamp.

Interior images aren’t available at this stage however it’s going to be similar to what offered with the new D-MAX. The engine & transmission options will also be common between the new MU-X and D-MAX. Further information will be updated as & when available.