Audi and its joint-venture partner FAW have just signed a memorandum of understanding (MoU) for the joint production of Audi’s electric cars in China.

The two automakers will reportedly form a new company to produce a number of PPE-based (Premium Platform Electric; jointly developed with Porsche) Audi EVs by 2024. Audi hopes that this strategic move will further advance its transformation in its largest market. Audi is eyeing to have one-third of its sales in China to comprise of electrified cars by 2025. Audi China president, Werner Eichhorn said:

“This is a further milestone in our electrification strategy for the Chinese market. We are also confirming our commitment both to our longstanding Chinese partner FAW and to our activities in China, which we are now taking to a new level.” 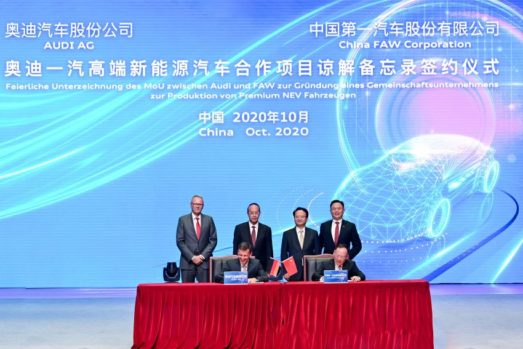 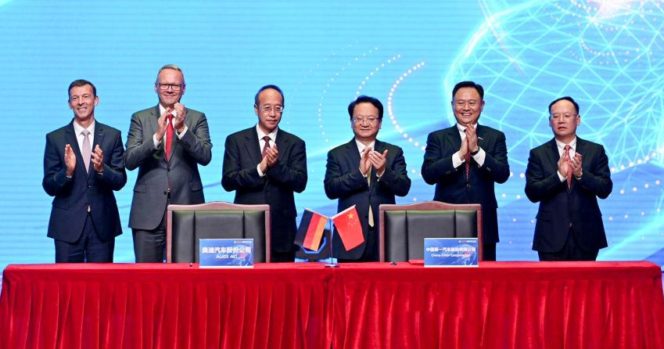 At present, Audi and FAW have 4 production facilities in China, with a total capacity of around 700,000 vehicles annually. They currently produce the Q2L e-tron and A6L TFSI e plug-in hybrid. Its e-tron SUV is also being built in Changchun since end-September. Prior to that, the e-tron was fully imported. Additionally, more e-tron models are planned to be localized and introduced in China.

In the first 9 months of 2020, Audi delivered 512,081 vehicles to customers in China alone. That represents a 4.5% increase over the same period in 2019, recovering from the slump in sales recorded in the past few years. In fact, it is the automaker’s best sales achievement in its 30-year history in China, an astonishing feat considering the sharp decline in vehicle sales earlier in the year due to COVID-19 lockdowns.