Shelby SuperCars (SSC) has broken the top speed record for a production car with the Tuatara, after achieving a staggering 532.7 km/h and a two-way average of 508.7 km/h on a closed road in Nevada.

Unlike the one-direction 490.47 km/h Bugatti achieved with the Chiron Super Sport 300+, SSC did a proper two-way average run with the Tuatara, hitting a certified average of 508.7 km/h and regaining the title of the fastest production car of the world. 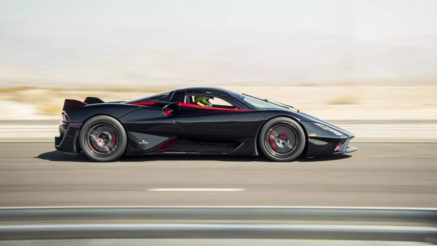 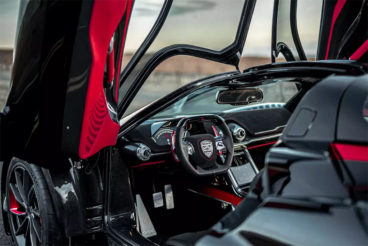 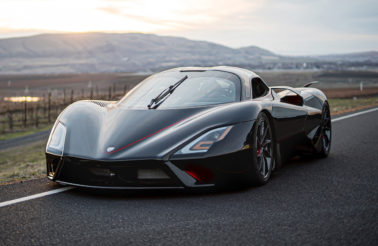 The Tuatara was driven by British racing driver Oliver Webb on the same road on which the Koenigsegg Agera RS in 2017 posted a two-way average of 447.2 km/h and a top speed of 457 km/h. Oliver Webb while commenting on the accomplishment, said:

“There was definitely more in there, and with better conditions, I know we could have gone faster, as I approached 331 mph (532.7 km/h), the Tuatara climbed almost 20mph within the last 5 seconds. The car wasn’t running out of steam yet. The crosswinds are all that prevented us from realizing the car’s limit.”

The SSC Tuatara is powered by a 5.9-liter twin-turbo V8 that churns out 1,750 hp when running on E85. In addition, the drag coefficient is just 0.279, which is immensely helpful in achieving these insane speeds. Commenting on the feat, Jerod Shelby, CEO of SSC said:

“It’s been 10 years since we held this record with our first car, the Ultimate Aero, and the Tuatara is leagues ahead. Its performance reflects the dedication and focus with which we pursued this achievement. We came pretty close to meeting the theoretical numbers, which is astonishing to do in a real world setting on a public road.”