Hyundai introduced the 7th generation of Elantra sedan earlier this year, the car which is known as Avante back in its home market South Korea. However the visually there is no difference between international-spec Elantra versus that of the Korean domestic Avante. However the automaker has now released the images of Elantra for Chinese market which is somewhat different than the aforementioned two.

Most of the changes are found in the interior which gets the same 10.25-inch digital instrument cluster and a wide display in which the display is integrated into one, as in the regular Elantra/Avante but the air conditioner and infotainment system operation controller are integrated by new touch type controls just as in the new Tucson. 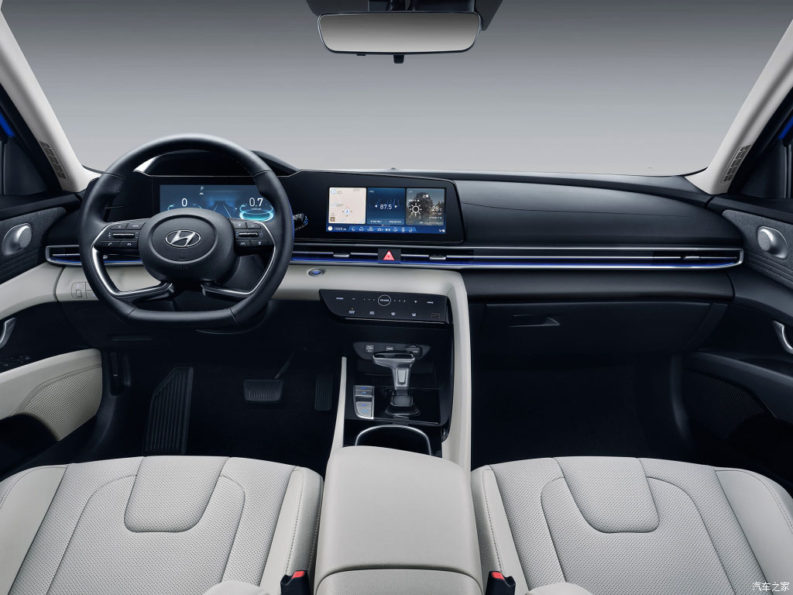 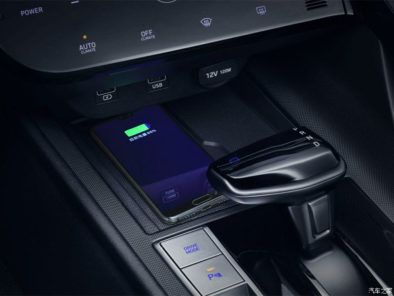 More differences inside include a newly designed gear lever that shows the selected gear digitally on top of the lever itself. The D-cut steering wheel is also different from the Elantra elsewhere, and is similar to that of Chinese-spec Sonata.

In terms of exterior, although the appearance is very much connected to the international-spec Elantra, the Chinese-spec model 30mm longer while retaining the same 2,720mm wheelbase. The Chinese Elantra comes with a dual-tone roof, side mirrors finished in black, and a black rear spoiler. The 1.4T version comes equipped with a dedicated rear diffuser and twin muffler exhaust. 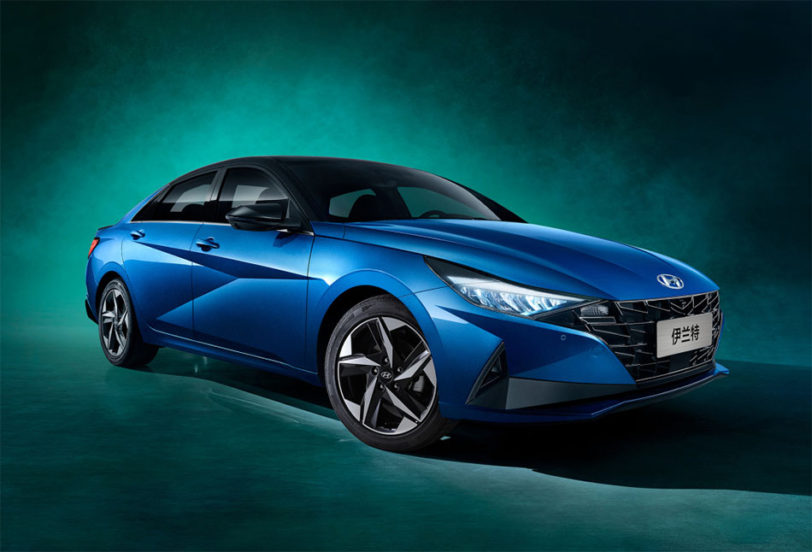 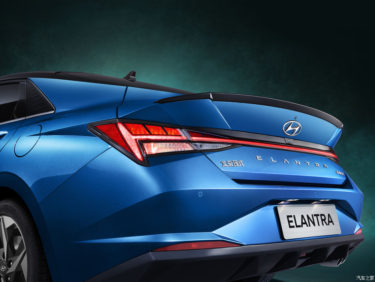 There are two powertrain options available, a 1.5-liter naturally aspirated gasoline engine matted to a continuously variable transmission (CVT) that churns out a maximum output of 115 hp and peak torque of 144Nm. The other option is a 1.4 turbocharged T-GDi engine (called as 240T) that punches out 140 hp of power and 242Nm of torque, hence the name 240T. A 1.6 liter hybrid version is also set to be released in future.

The China-spec Elantra is set to go officially go on sale on the 26th of September 2020. Hyundai-Nishat in Pakistan is also in process of introducing the Elantra sedan in Pakistan most likely towards the end of this year; however it will be outgone 6th generation model instead of the new 7th gen. 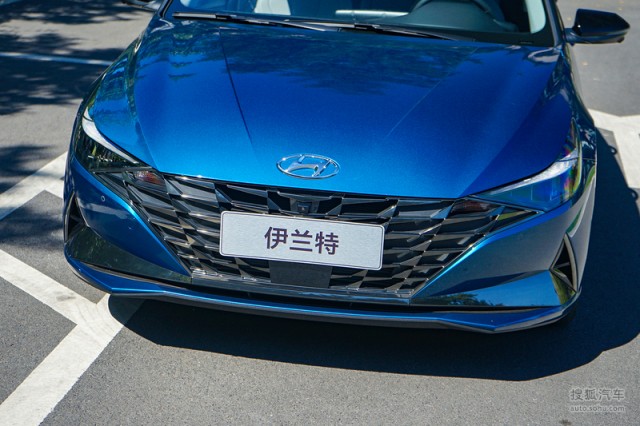 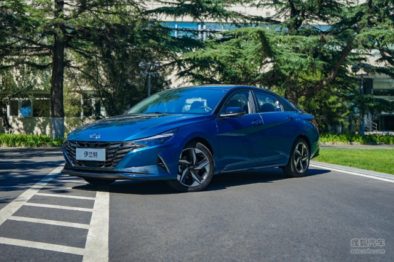 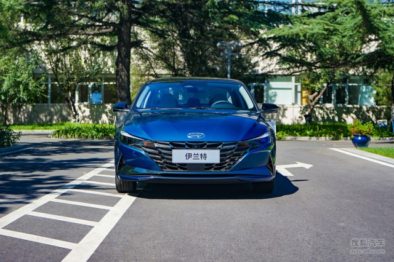 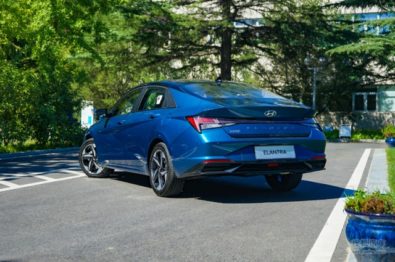 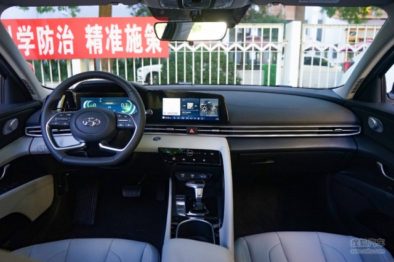 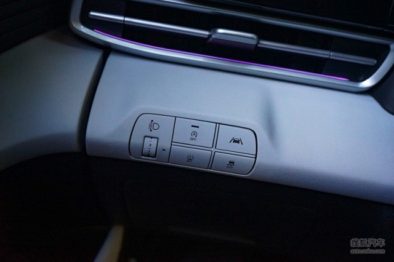 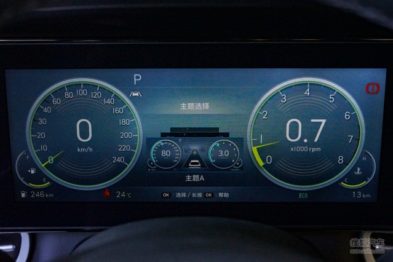 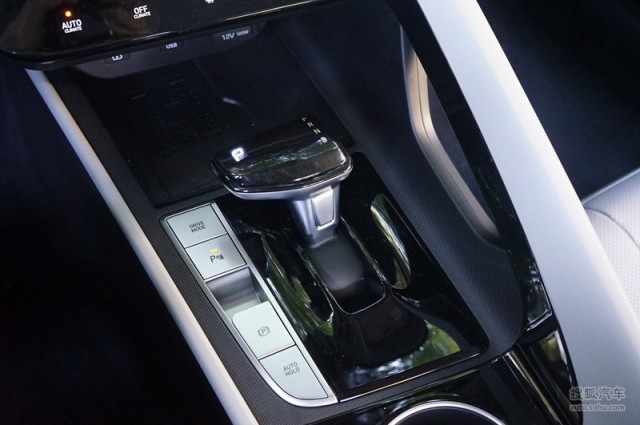 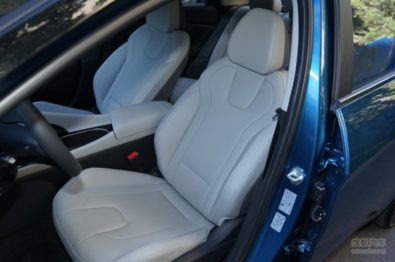 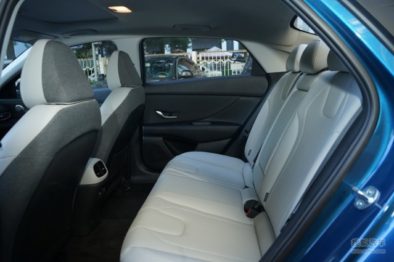 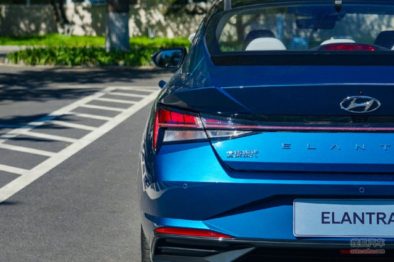