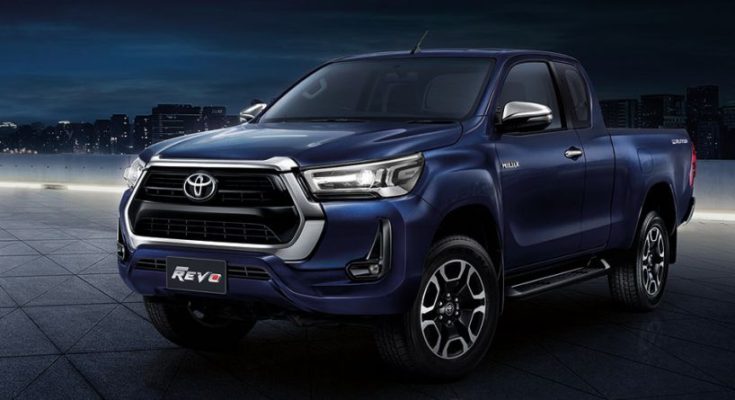 Toyota will reportedly introduce a hybrid variant of Hilux pickup truck in New Zealand most likely in 2H, 2021. Hybrid is now a huge focus for Toyota in New Zealand, with petrol-electric passenger vehicles and SUVs outselling their conventional combustion engine equivalents for the first time in year-to-date.

“We expect this trend to continue and even expand into commercials. We hope to have Hilux hybrid enter the market before the end of next year”.

There is no official word on Hilux Hybrid’s powertrain yet, but TNZ has confirmed that it will be a mild hybrid, meaning that the high-voltage power system will assist the combustion engine and power high-drain electrics, rather than enabling zero-emissions EV-mode driving. TNZ has also promised that the Hilux Hybrid will still “do everything a Hilux needs to do”.

The Hilux received a thorough facelift which debuted in Thailand in June, and has already started to reach global markets. However it still carries petrol & diesel engine options whereas a hybrid is yet to be offered anywhere else, so New Zealand will probably be the first market to receive the electrically assisted Hilux, where Toyota is rapidly in process of introducing its range of hybrid cars.