After debuting in Thailand last month, followed by its arrival in Vietnam, the all new Toyota Corolla Cross has now been launched in Indonesia and is set to go on sale in Philippines on the 20th of this month.

The petrol model gets a 2ZR-FE Dual VVT-i naturally-aspirated four-cylinder engine that produces 140 hp and 172 Nm & comes paired to a CVT gearbox. The hybrid makes use of 2ZR-FXE unit making 98 hp and 142 Nm & is assisted by a pair of electric motors that deliver 72 hp and 163 Nm, resulting in a total system output of 122 hp. 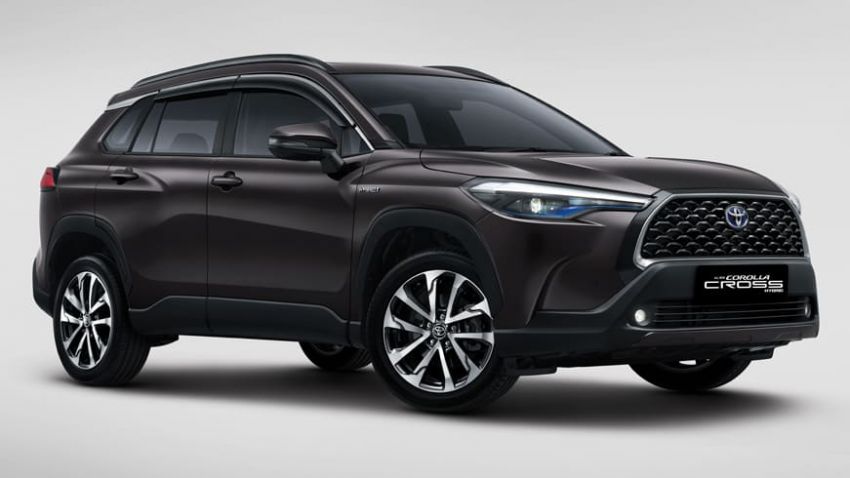 In terms of safety, the Toyota Corolla Cross in Indonesia comes standard with 7 airbags, ABS with EBD and brake assist and stability control. The Thai market’s Toyota Safety Sense suite of driver assists, which includes autonomous emergency braking, adaptive cruise control and lane assist, is not available in Indonesia.

Earlier this year, Indus Motor Company revealed its plans to launch a hybrid SUV in Pakistan to go against the likes of Kia Sportage and Hyundai Tucson, which is likely going to be the Corolla Cross. According to information the vehicle might get introduced in Pakistan either towards the end of this year or early next year.