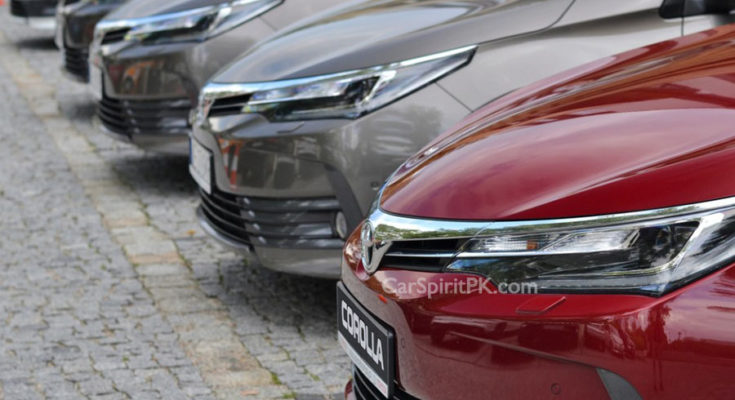 According to the data released by Pakistan Automotive Manufacturer’s Association (PAMA), the maximum number of sales were made within the ‘1300 cc and above’ category with 5,803 units, of which Honda cars (City & Civic) took the lead with 2,210 units, followed by Toyota Yaris (1,883 units), Toyota Corolla (1,528 units), and Suzuki Swift (182 units).

All three main car assemblers reported monthly increase in sales, with Indus Motor Company (IMC) reporting the highest increase of 60%, followed by Pak Suzuki at 28% and Honda Atlas at 23%. According to analysts, the demand for cars is expected to grow stronger in the coming months as lower interest rates for auto financing has revived the demand for new cars.

Kia Lucky Motors which is not a member of PAMA also did quite well in July 2020. According to Topline Securities, Kia sold around 1,500 units in July 2020.

Former chairman of the Pakistan Association of Automotive Parts and Accessories Manufacturers (PAAPAM), Mashood Ali Khan said the auto industry’s situation had improved compared to April, May and June as those were the worst months. However, he did point out that the sales were not satisfactory compared to July last year, which had also shown a declining trend amid imposition of excise duty in Budget FY20. “If improvement continues, we may see sales increase in October and November,” he added.

This means that Sportage is leading the SUV segment.