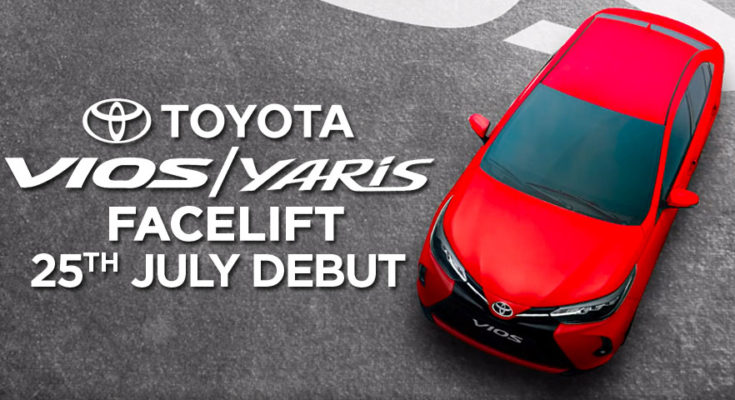 Earlier in May 2020, leaked patent images of the 3rd generation XP150 Toyota Yaris facelift which is also marketed as Vios in various markets, surfaced the internet indicating an imminent launch of the vehicle that debuted in its current guise in Thailand as Yaris Ativ back in 2017. Now Toyota is all set to launch the new Yaris/ Vios XP150 facelift which will make its debut in Philippines on the 25th of July.

Changes up front include downturned trapezoidal grille flanked by redesigned bumper with narrow vertically oriented air inlets underlined by a body-colored spoiler. The facelift also gets new LED reflector headlights, with integrated L-shaped daytime running lights. Although the rear isn’t revealed at this stage however it will get a slightly redesigned rear bumper with enhanced tail lights, plus there will be new set of alloys as well as new interior trim and upholstery. 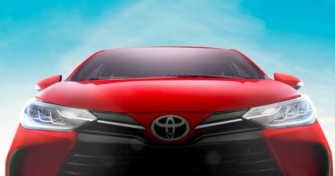 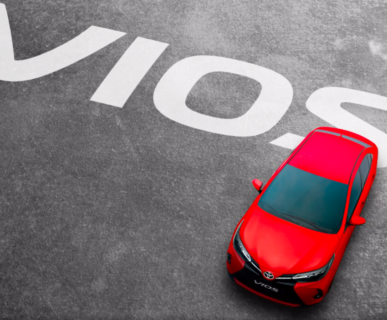 Reportedly there will be no engine & mechanical upgrades as the XP150 will make use of the same engines & transmission options carried over from the pre-facelift models depending on the market where it’s offered.

Pakistan just saw the launch of the XP150 Yaris pre-facelift, the sales of which are yet to pick up momentum as COVID-19 badly affected the launch of Toyota’s newest sedan in our market. And while the XP150 facelift will soon begin reaching other markets, it’s highly unlikely for us to get the facelift any time soon.

as always Pakistan behind the rest of the world. yahaa 3 sal baad ye facelift aeyga