Tata Nano was once known as the cheapest car of the world however its production came to an end in 2018. With the absence of Nano, there are still quite a few cars in Indian market that comes with a cheaper price tag but are way safer, better equipped and better to look at than the Tata Nano.

Maruti Suzuki Alto at INR 3.0 lac (PKR 6.66 lac), Renault Kwid at INR 2.92 lac (PKR 6.48 lac) to name a few but the latest Datsun Redi-GO which recently received a substantial facelift has become the most affordable car in India with a base price starting from just INR 2.83 lac (PKR 6.28 lac). With a price equivalent to just $3,755 USD for the 800cc base variant, it’s probably the cheapest car available in the world too. 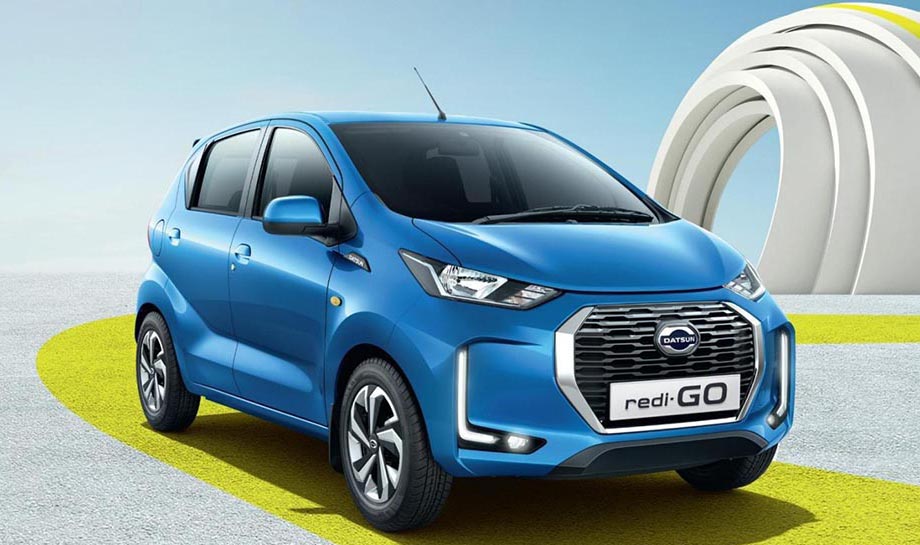 Although the INR 2.83 lac base model comes with 800cc petrol engine matched to a 5-speed manual transmission, the price of Redi-GO goes as high as INR 4.77 lac for the top-spec 1000cc variant that comes paired to an AMT gearbox.

In terms of exterior, interior as well as equipment the 2020 Datsun Redi-GO is a huge improvement over its predecessor. It retains its predecessor’s silhouette but gets a new and more aggressive design language. The fascia gets a wide honeycomb grille flanked by a new, sleek pair of headlamps. There are also L-shaped LED DRLs, LED fog lamps, LED signature for the tail lights, roof spoiler with integrated stop lamp and stylish 14-inch wheels replacing the 13-inch ones in the older model wearing penta-blade wheel covers. LED DRLs and fog lamps are not available on the base model. 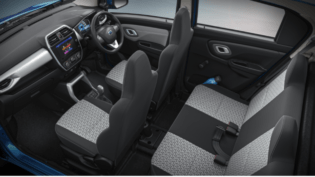 The interior is completely redesigned with better materials and gets substantial enhancements as well. The base model gets features such as analogue instrument panel with a digital trip computer (displays information like fuel economy, distance to empty, trip meter, etc.), heater/ fan, and internally adjustable outside rearview mirror. Like base models of other entry-level cars like Renault Kwid and Maruti Alto, the Redi-Go’s base model doesn’t come equipped with AC.

For higher spec variants there is an 8-inch touchscreen unit with Apple CarPlay, Android Auto, video playback and voice recognition functions. The instrument cluster has been changed with a new, honeycomb pattern background for the speedometer and a blue backlight for the digital tachometer & drive computer. Plus there are front power windows, AC, keyless entry and app based interior mood lighting system. 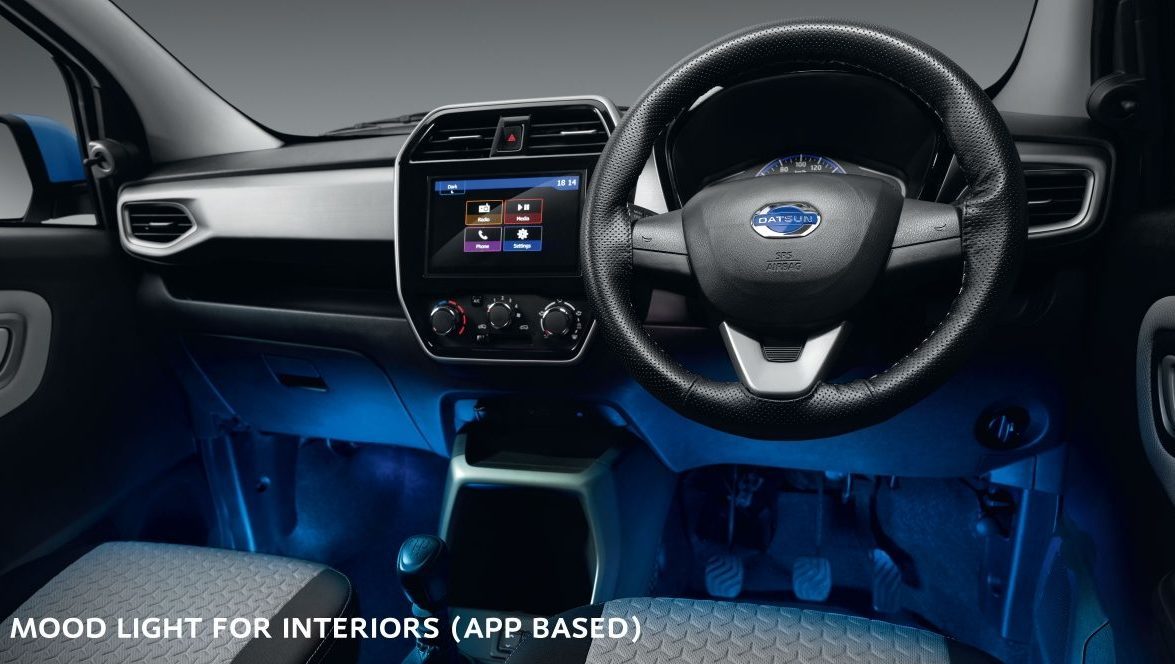 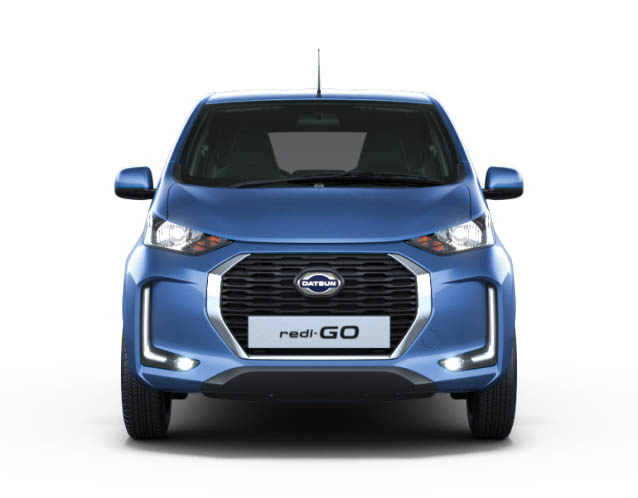 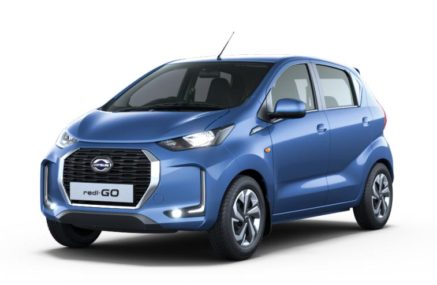 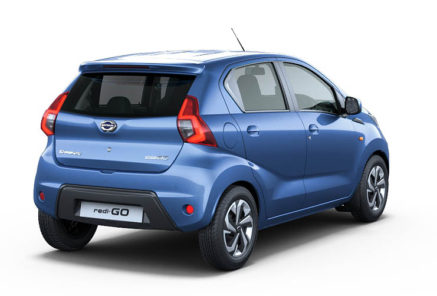 Under the hood the base model is powered by a BS6-compliant 0.8-liter engine that churns out 54hp of power and 72Nm of torque and as mentioned above is available with a 5-speed manual transmission only. The up-spec models are available with a 1.0-liter engine that delivers 67hp and 91 Nm and is offered with a choice between a 5-speed manual gearbox and AMT automatic transmission. Fuel economy is rated at 20.7 km per liter for 800cc variants whereas the 1000cc versions are capable of delivering up to 22 km in a liter.

Ghandhara Nissan (GNL) having acquired Brownfield investment status was in process of introducing Datsun range of cars in Pakistan however earlier this year, the company announced to put the Datsun project on hold citing volatile economic conditions as the reason behind the decision. For now the cheapest car on sale here is the United Bravo, mechanically a Chinese iteration of the 2nd generation Suzuki Alto (Mehran) built by Dahe Auto, a small scale automaker from China with presence in third tier Chinese cities only. 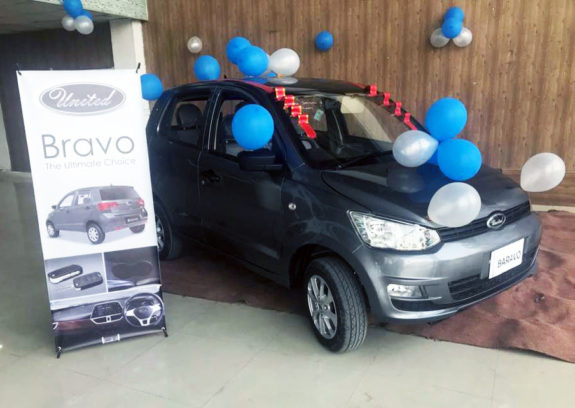 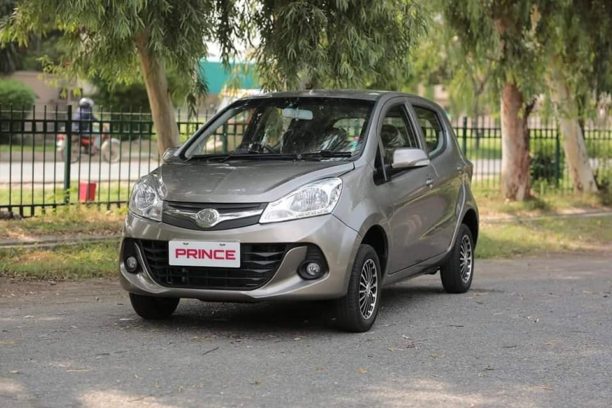 United Bravo is priced at PKR 9.85 lac but is available in selected cities only and with almost 2 years since its debut is yet unable to make its nationwide presence. Earlier this year it started to saw competition in the form of Prince Pearl, another replica Chinese product having 2nd gen Alto under its skin too. Although it was said that both United Bravo and Prince Pearl will act as a replacement of Suzuki Mehran, however with their limited production capacity and restricted nationwide presence, both these cars are yet to make a huge impact in the market.

Considering the likes of Maruti Alto, Renault Kwid or the Datsun Redi-GO across the border, it will perhaps take much time and possibly much more to do towards policy making and ensuring proper localization before we expect to have logically priced, modern, safer & better quality cars for the masses. 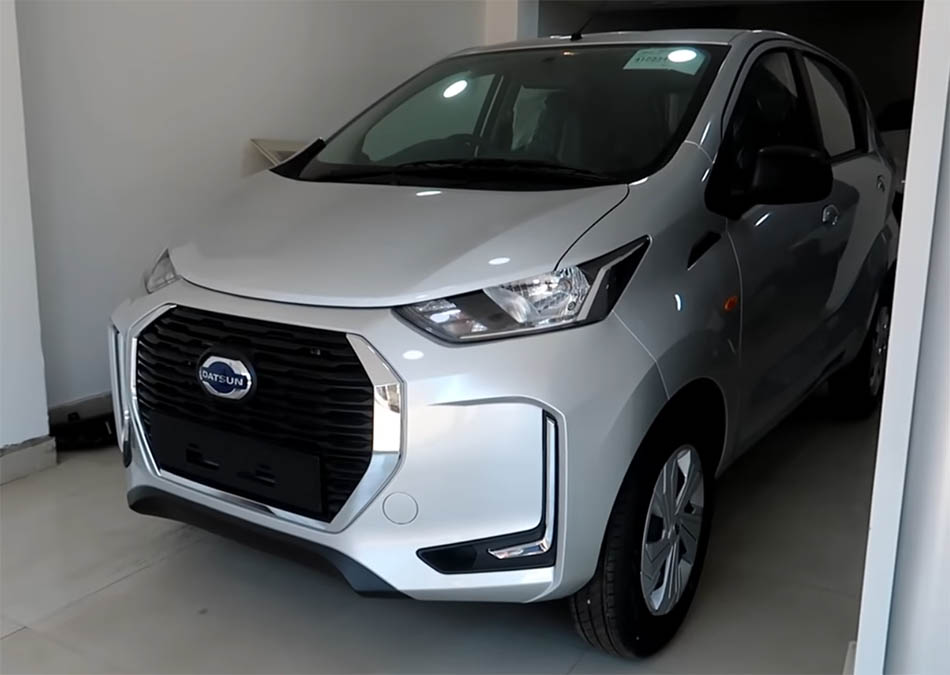 Excellent conclusion, however, seeing as public is also losing its brains by the day, we cannot expect any better governance either. Yesterday, I saw an old man drinking water directly from the tap of public water cooler, despite the presence of glass below his muddy face. There are several such upstart buffoons spread out amongst us.

the cheapest mass produced car is Alto 660 in Pakistan and it is PKR 1,135,000
we paymore then double for under-spec cars with low quality standards and ON money too. Pakistan need more players but Auto policy 16-21 got screwed too so no hopes

This car seems to be pretty good option for very low budget as a city car although I would like to add that this car does not sell much in India as this car lacks a target buyer, Indian middle class is easily able to afford much expensive cars than this ( shown by average transaction price of new car sold ) but lower middle class Indians still cannot afford anything more than a motorcycle. Mostly entry level cars in India have strong sales in rural market because of low affordabilty of rural population but datsun due to lack of… Read more »