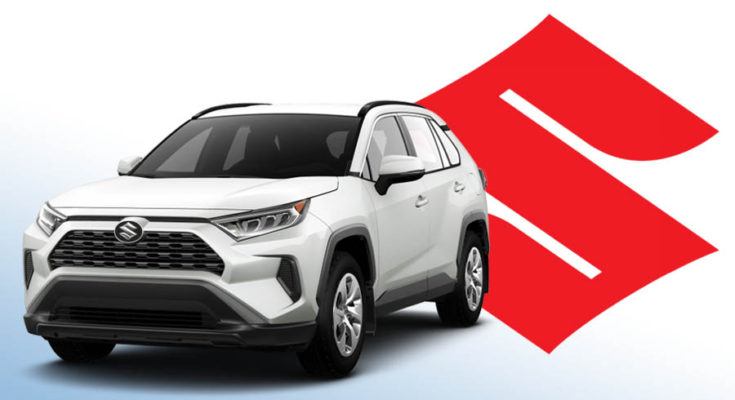 Toyota has started to manufacture hybrid RAV4 SUVs for sale in European markets under the Suzuki badge, according to Japan Times citing sources close to the matter. Suzuki and Toyota have already joined hands for future products utilizing each other’s expertise to bring out new products in various markets around the world.

Toyota began producing the Suzuki versions of RAV4 SUV earlier this month at its plant in Aichi Prefecture where the Toyota RAV4 is made. According to GlobalData’s Automotive Intelligence Center, the Suzuki model will be called ACross. As per reports, Suzuki plans to start selling RAV4s towards the second half of this year after unveiling the plan in March 2019.

Overall passenger vehicle registrations in Europe fell by over 42% to 3.6m units in the first five months of 2020. Emissions regulations in Europe are also getting stricter and governments in the region are increasingly targeting low- and zero-emissions vehicles for sales incentives to help the industry recover from the COVID-19 pandemic. Suzuki has already announced to discontinue its hot selling Jimny mini SUV in Europe due to stricter emission regulations.

Suzuki hopes the introduction of RAV4 under its umbrella will help boost sales significantly. The Japanese automaker also plans to introduce more Toyota’s eco-friendly hybrid vehicles including the new Corolla Touring Sport hybrid under the Suzuki brand in the European market in near future.

Rebadging models for other automakers ‘on an OEM basis’ is common amongst Japanese automakers. Suzuki has in the past built rebadged variants of its Vitara SUV in Japan for Mazda to sell in the local market while, in Europe, Suzuki’s Hungarian plant built versions of the Swift for Subaru to sell under the Justy nameplate. Moreover several other examples can be found such as Mazda Carol/ Suzuki Alto, Toyota Pixis/ Daihatsu Mira & Mitsubishi EK/ Nissan Otti etc.

In March 2019, Toyota and Suzuki announced a plan to collaborate on the production of compact cars and electric/hybrid vehicles to help improve sales and economies of scale. Last August the two automakers agreed on a capital tie in which Toyota would take a 4.94% stake in Suzuki at a cost of JPY96bn (US$899m) with Suzuki investing JPY48bn in Toyota.

The thing is Suzuki is not a preferred carmaker anywbere except Japan,India, Pakistan, Hungry or Uganda and even in these countries all suzuki excels at are small cars. Nobody wants to buy nything suzuki except for small hatchbacks and this deteiorates their brand image so suzuki wants toyota’s bigger vehicles to maintain and increase consumer base. Another reason is Japan and India, both suzuki’s key markets are moving towards electrificarion for which suzuki needs toyota’s RD and their lead in electrification. Toyota needs suzuki for one thing ‘India’ as it is one of toyota’s top 10 markets but toyota was… Read more »