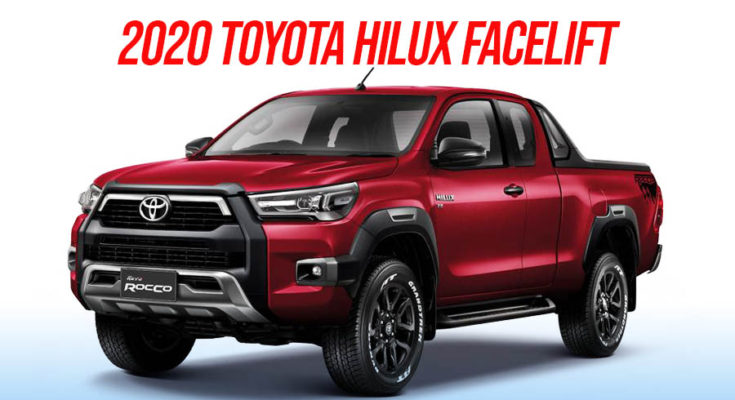 The 2020 Toyota Hilux facelift has just made its debut in Thailand. Along with visual enhancements, the new Hilux gets a power boost under its hood.

In terms of exterior the new 2020 Hilux facelift boasts a much larger version of its Tacoma-inspired grille. There are new angular headlamps with bi-LED projectors as well as LED indicators and positioning lamps on higher-end variants. Other changes at the front include L-shaped fog lamp surrounds along with a slim center intake in the lower apron. The rear end gets redesigned LED taillights with hexagonal-shaped graphics. 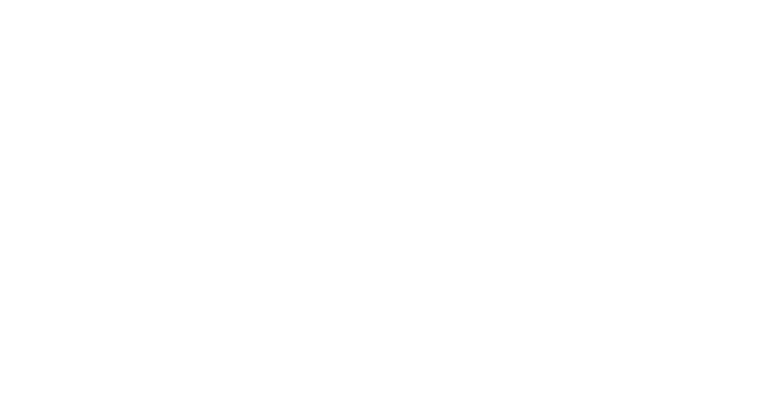 The standard variants get 17-inch six-spoke alloys, while the higher trims get 18-inch alloy wheels a redesign with a more distinctive dual-tone look. Three body styles are available as before– single, extra and double cab, depending on the market where the pickup truck is sold. 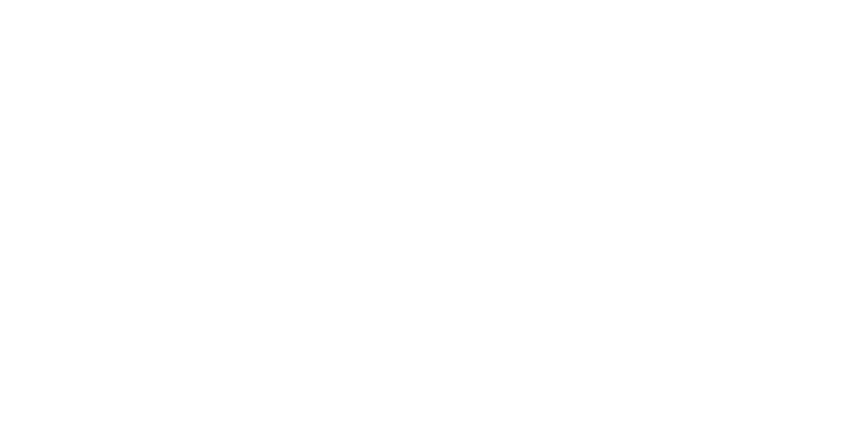 Inside the changes aren’t as drastic as the exterior, with a new design for the instrument cluster and the 4.2-inch multi-info display. There is also an 8-inch infotainment screen with Android Auto and Apple CarPlay support, which can be had with a 9-speaker JBL sound system that comes with an 800-watt, 8-channel amplifier and Clari-Fi technology. The list of equipment includes keyless entry and start, satellite navigation, automatic air-conditioning as well as front and rear parking sensors, among others.

Under the hood, the 1GD-FTV 2.8 liter turbodiesel gets a power boost which now churns out 204 hp and 500 Nm of torque, which is more than the previously available 177 hp and 450 Nm. The transmission choices either a 6-speed manual or automatic while Toyota claims the new Hilux will get from 0to 100 km/h in 10 seconds, while returning an average fuel consumption of 7.8 liters/100 km. For other markets, the engine line-up includes the existing 2GD-FTV 2.4 liter turbodiesel and 2TR-FE 2.7 liter petrol with the option of 4×2 or 4×4 drivetrains. Suspension upgrades includes revised shock absorbers, new bushings and an improved leaf spring design to provide a more comfortable ride, particularly over rough roads and with low loads.

The new Hilux has already been launched in Thailand, where it is known as the Hilux Revo and is offered in three cab types distributed across four main variants (B-Cab, Prerunner, Z Edition and Rocco). The engine line-up there consists of 2.4 and 2.8 liter turbodiesels, with low and high states of tune depending on the variant. A host of active safety features like dynamic radar cruise control, a pre-collision system and lane departure warning with steering assist are also available. 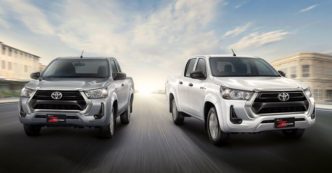 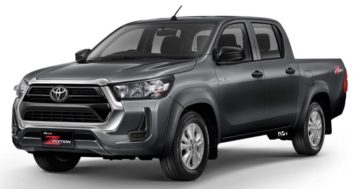 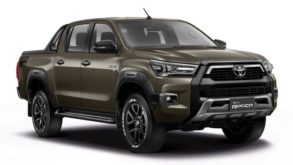 It is smarter looking from the Isuzu.