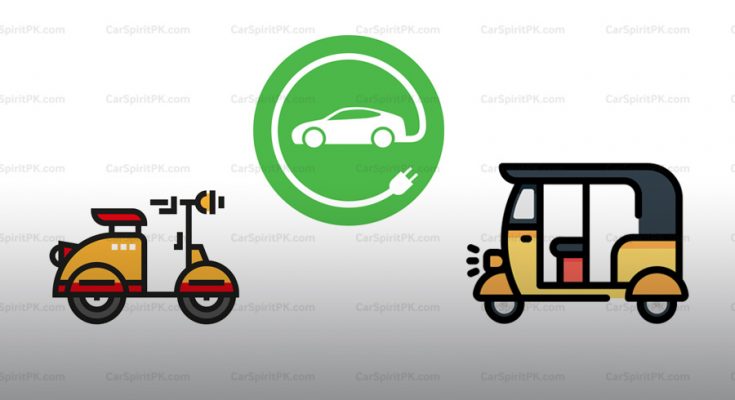 According to sources, the policy was proposed by the Ministry of Industries & Production after consultation with various stakeholders from the Engineering Development Board (EDB), Ministry of Science and Technology, Ministry of Climate Change (MoCC) and others. Initially the EV Policy was presented by the MoCC and was also approved by the federal cabinet earlier this year; it could not be implemented due to objections raised by the MoIP, EDB and other stakeholders.

The MoCC had stressed a total of 1% duty on imports of e-motorcycles and e-rickshaws’ assembling parts. However the MoIP had countered the suggestion that it would discourage local production of parts. Currently, the import duty on two-wheelers and three-wheelers’ parts was 46% for those manufactured in the country and 15% on imported parts.

According to MoIP officials, Pakistan has a strong production base as almost all 2 and 3 wheelers’ parts are manufactured locally. The EV policy should encourage the existing makers to shift from oil to battery-based vehicles, they added.

Earlier, the tussle between the Industries and Production Division and the MoCC had landed the EV policy in the cabinet, which handed over the role of formulating the national EV policy through consensus.

so PAMA wins… nothing for EV four wheelers.. 👏👏