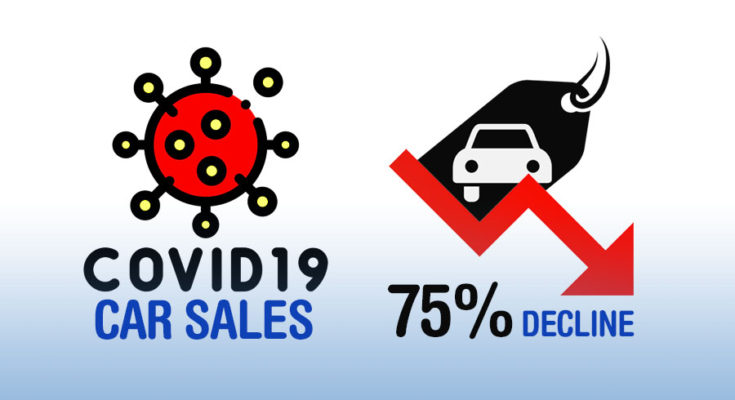 Car sales in Pakistan suffered from 75% decline in May 2020 on year-on-year basis amid COVID-19 lockdowns that were enforced in the country to contain the spread of deadly virus. However towards the end of the month, the ease in lockdowns helped automakers sell a modest 4,473 units as compared to zero sales in April 2020.

According to data released by the Pakistan Automotive Manufacturers Association (PAMA) 17,781 units were sold a year earlier in May 2019. Kia-Lucky Motors which is not part of PAMA is also believed to have sold around 400-600 units during the month.

Among the three major players, Honda Atlas reported the largest drop in sales by 89% selling just 326 units in May 2020. The company had sold 2,952 cars in the same month of previous year. Indus Motor Company recorded an 88% decline in sales with 547 units sold in May 2020 as compared to 4,749 units sold in May 2019. Pak Suzuki sold 3,600 units in total during the month under review compared to 10,080 units in the same month of previous year, registering a 64% decline.

Breaking down to the individual numbers, below is the performance of passenger cars in Pakistan in terms of sales during the month of May 2020.