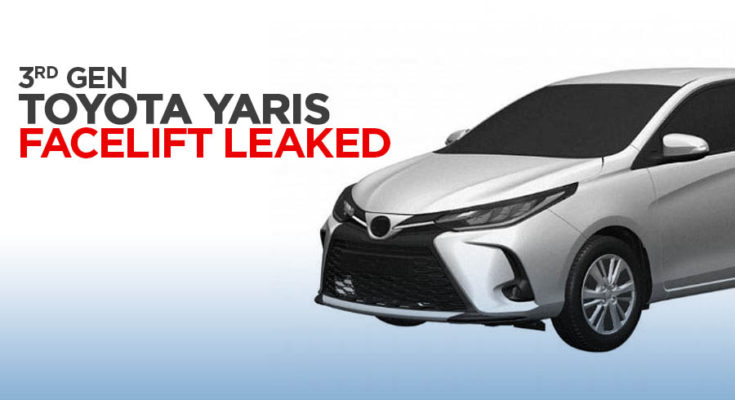 Toyota Yaris entered its 4th generation late last year. The TNGA based model was later joined by a performance GR version as well as the Yaris Cross. However in developing markets the 3rd gen XP150 model continues to be sold in both sedan & hatchback forms & is about to receive a facelift.

This also means that the 3rd gen Yaris XP150 will remain available in emerging markets for a couple of more years before the new generation model replaces it. Bear in mind Toyota is yet to introduce the 4th gen Yaris sedan, of which only speculative renderings have made their way to the internet. 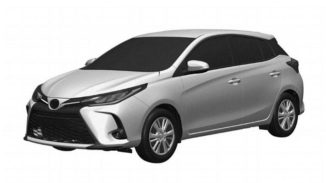 As per the patent images, the Yaris facelift will get sharper headlamps with LED DRLs similar to those found in the 11th generation Corolla. The changes also include a refreshed grille design & new bumper with redesigned side scoops that house the fog lamps. The rest of the exterior remains largely unchanged however there is a slightly redesigned bumper at the back. The sedan derivative is expected to get a similar design treatment.

Indus Motor Company (IMC) introduced the 3rd gen XP150 Yaris sedan in March however the launch was washed out due to COVID-19 lockdowns. The company has now announced to resume its assembly operations after a halt of 2 months with production of Yaris set to resume after Eid holidays. The Yaris that’s just been launched in Pakistan first appeared in Thailand in 2017 as Yaris Ativ so it’s already 3 years old now and might receive the facelift (in Thailand) this year. However it’s highly unlikely for IMC to introduce this facelift in Pakistan anytime soon.

Stay tuned to CarSpiritPK for more information about the Yaris XP150 facelift.

I would have been interested if its price were a bit lower, given current mark, it is beyond our buying power. However, I pray that May Allah benefit it in long-term to those people who do have the budget to buy it.