The Taiwanese Altis GR Sport gets smoked headlamps with LED DRLs while the hybrid version gets blue colored light guides as opposed to the clear ones in petrol version. There is a redesigned grille, bumper & fog lamp housings up front, whereas the side gets black side mirrors and 17” wheels shod with Dunlop SP SportMaxx 050 tires in 224/45 size. The rear end gets similar tail lamp cluster, while the revisions include rear skirt and a built-in black diffuser. 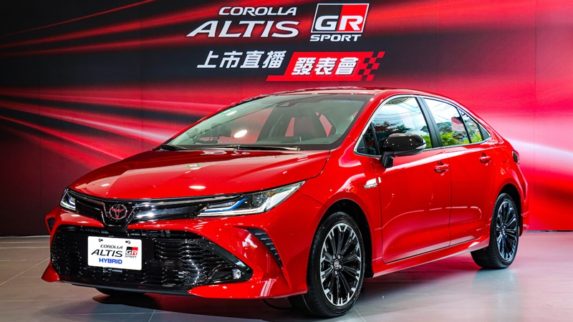 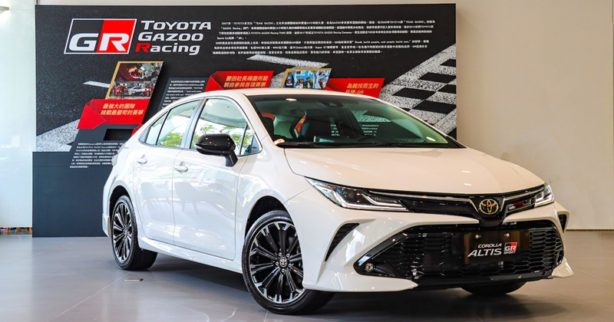 The cabin comes in black theme with good use of red color. The red leather seat headrests gets embossed GR lettering, while the red embellishments & red thread stitching can be found in various areas such as seat cushions, steering wheel, gear knob and dashboard, as well as floor carpet. The touchscreen has a Toyota Drive + Connect system while the petrol version will add a Paddle Shifter to use the CVT automatic gearbox.

In terms of engine, the petrol version gets 2ZR-FE four-cylinder 1,798 cc unit with maximum power of 140 hp and peak torque of 172 Nm paired with a Super CVT-i automatic transmission, transmitted via front wheels. The hybrid gets 2ZR-FXE four-cylinder 1,798 cc engine with maximum power of 98 hp and maximum torque of 142 Nm. The battery and electric motor adds to the combined output of 122 hp paired with an E-CVT automatic transmission sending power through the front wheels.

Launched on the 29th of April, the 2020 Toyota Corolla Altis GR Sport comes in 4 body color options including Dazzling Red, Ferret White, Aurora Silver and Ebony Black and is available for ready delivery in Taiwan. 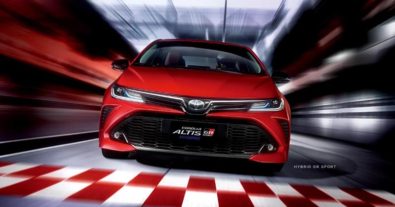 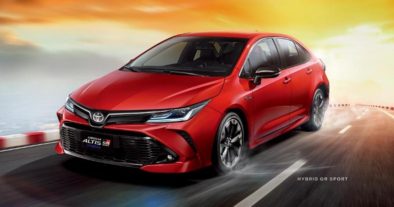 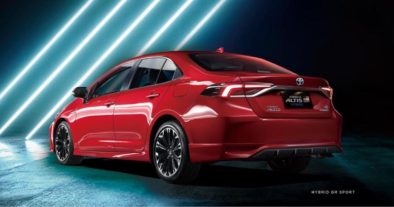 Smart looking combination, I love the white suffused in black.