Almost 3 and a half years after it made its world debut in December 2016, the 4th generation Suzuki Swift has now received a facelift which has been launched in Japan with a starting price of JPY 1,535,600 (equivalent to PKR 22.9 lac).

The 2020 Swift facelift features minor exterior & interior design changes, and some improvements in the specs & equipment. As with the pre-facelift models, the 2020 Suzuki Swift offer two different grille designs– a regular & a sportier one. The regular grille in the new Swift facelift gets diamond pattern instead of horizontal slats as in the out-going model, whereas the sportier one which came equipped with a mesh pattern in the pre-facelift model now gets a bigger and horizontally stretched honeycomb design in the facelift.

The interior remains largely similar however there are minor differences in the dashboard design and trim, new seat fabrics, upholstery and headliners. In terms of equipment, the higher-spec versions now get paddle-shifters and a 360-degree camera as standard. Interior of the 2020 Suzuki Swift facelift 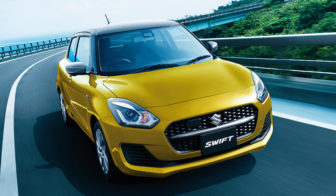 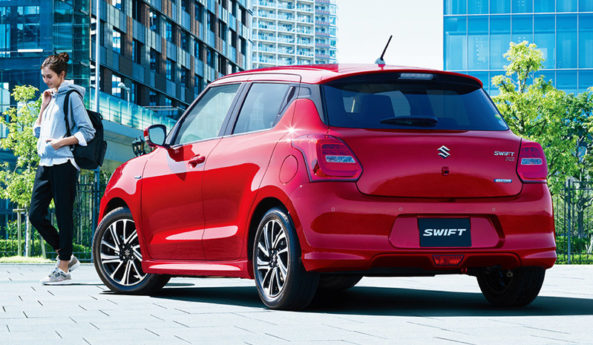 As for the mild-hybrids, there is a lower-spec Hybrid MG having the same 91hp petrol unit & is aided by a 3.1hp electric motor that can send power to the front wheels or all four wheels via a CVT auto gearbox. Then there is the Hybrid RS which is the mild-hybrid in a higher-spec form. The Swift Hybrid SZ is the full hybrid model and comes with a petrol-electric powertrain (91hp, 1.2-litre engine and 13.6hp motor) that sends power to the front wheels via a 5-speed AMT gearbox. Pak Suzuki in Pakistan is still stuck with the 2nd generation Swift that was produced internationally between 2004 and 2010. However last year the company was conducting feasibility study to introduce the 4th gen Swift hybrid in Pakistan as imported Swift units were spotted testing on our roads multiple times. Since then however, there is no update on the launch of new Suzuki Swift in Pakistan.

The point is not about Pak-Suzuki introducing the new model locally. The point is about whether or not Pak-Suzuki will introduce the car at the right price. The current local Swift is around 25 lacs. If Suzuki is going to introduce the new Swift at around the same price with almost no price bump, then that is a good idea. But if Suzuki introduces the new one and bumps up the price to 30 lacs or more, then that is a very bad idea and it will not sell at all.