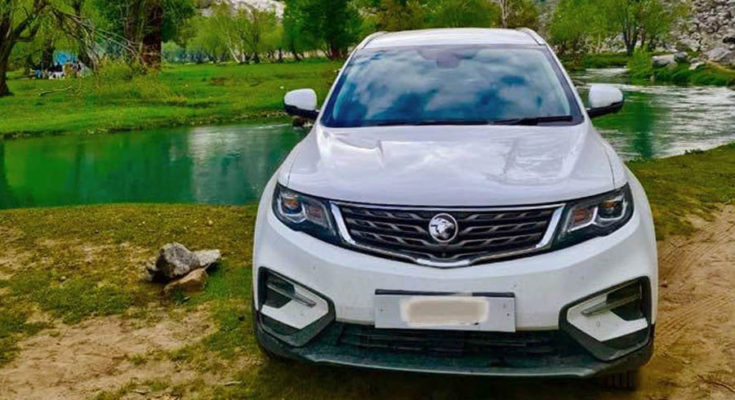 Al-Haj Proton has been actively testing the X70 SUV for quite some time now as camouflaged test mules can be seen testing on the roads of various cities of the country. Now for the first time images of an X70 SUV without any camouflage were posted on Proton Pakistan’s official Facebook page.

The images were captured in Gabral which is a village in the Swat District of Khyber Pakhtunkhwa province. It is located at an elevation of 7,500 ft on the slopes of the western end of the Himalayas, at the lower end of the Gabral Valley, where the Gabral River joins the Utror River. This is part of extensive testing the X70 is going through in Pakistan which is not just limited to urban roads but includes climbing up to the toughest terrains of the country. 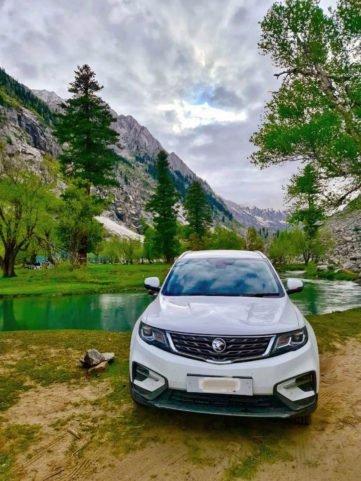 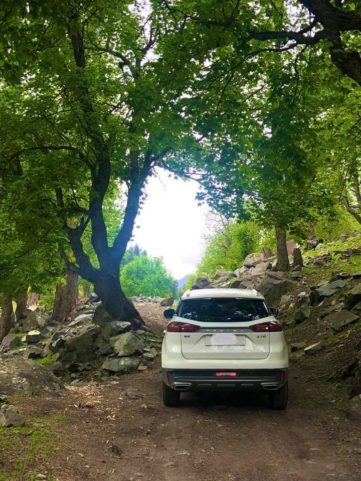 Also note that while earlier seen camouflaged test mules had old Proton logo up front, this one wears the new roundel logo which suggest it’s a relatively newer import. Also as reported earlier, the X70 in Pakistan will be powered by 1.5L turbocharged engine instead of 1.8L turbo as offered back in its home market in Malaysia. This is to gain tax benefits as the on-road cost for a 1.5L vehicle is considerably lower than the one with 1.8L engine in our market. The X70 with 1.5L turbo will be propelled by 7-speed wet clutch DCT gearbox. 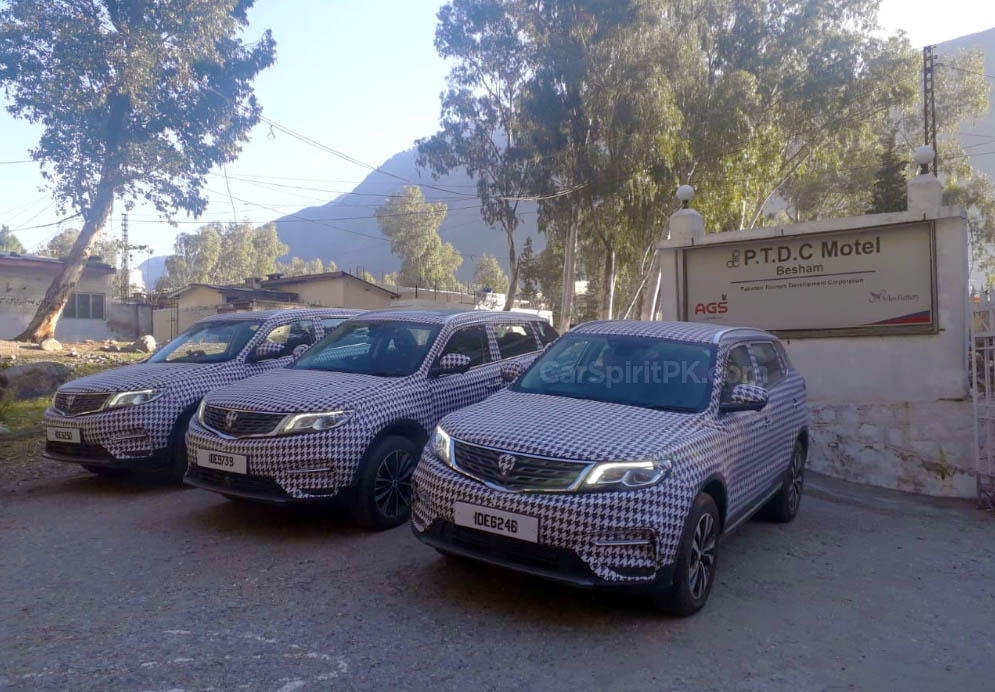 Earlier, a batch of camouflaged X70 was also seen parked at the PTDC Motel in Besham which is located at an elevation of 2,011 ft in Shangla District in Khyber Pakhtunkhwa province. Once the extensive trial & testing is done, the X70 will be formally launched in Pakistan ideally towards the end of this year or early next year & will compete against the likes of Kia Sportage and upcoming Hyundai Tucson. Al-Haj is also in process of introducing the 1.3L Saga sedan which will be launched alongside the X70 SUV.

Plz, send features with price of all variants

Anxiously awaited in Pakistani market, this SUV has been very successful in China and Malaysia. Has an edge over Sportage and Tucson in terms of features and price

I’ve seen people in North America and Europe laugh at thought of Chinese cars. Although Chinese cars have improved a lot and infact they win over other mass market automakers easily in terms of features for price but they do indeed lack engneering prowess of other automakers but same was once said for japanese and then koreans too but look where they are today. This will probably come a lot of features for price and will be a value for money offering which is really good for a common Pakistani. We should surely encourage Proton as well as Chinese automakers… Read more »