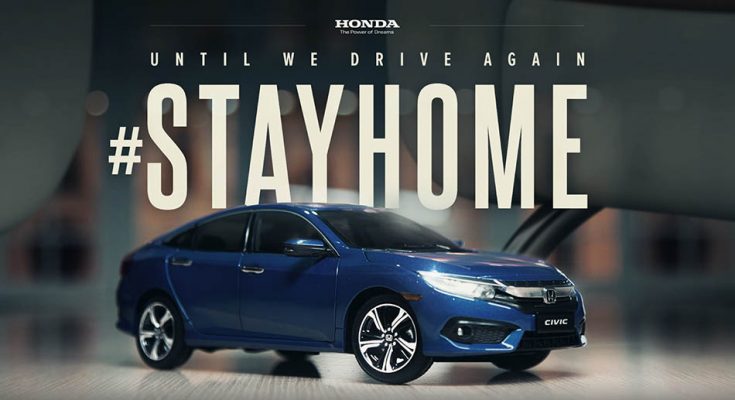 Automakers are coming up with creative ways to promote social distancing and delivering the stay at home message to the audience amid COVID-19 lockdowns across the globe. And while most have already published grasping animated video messages on social media and have altered their logos too, for the very purpose, Honda UAE have come up with a unique commercial which they say:

“…the first car commercial to be written, directed, edited and watched entirely from home.”

In this commercial, a classic blue colored Honda Civic can be seen passing through tunnels & open spaces with camera panning lovingly across its exterior while capturing its turns and maneuvers, but the sleek sedan isn’t actually on the road.

The creative agency behind the concept actually used a miniature Honda Civic which was shot entirely indoors. With limited technical equipment while using natural light mostly, and the occasional bedside lamp as an additional resource, the team used books to create the illusion of buildings and shot the toy moving under a couch to replicate the look of a tunnel. According to the creative officer:

“Our idea was to create a homemade ad and demonstrate to our audiences that life can still carry on in quarantine.”

The 30-second ad shows the adaptability needed for today’s crisis environment, while trying to be hopeful about the situation with the tagline, “Until we drive again. #StayHome.”