Toyota Harrier was a popular choice among the imported cars that landed in our market between 2004 and 2007. It was the second generation XU30 series which was also available in Lexus RX guise.

The Harrier is currently in its third generation (XU60) that debuted back in 2013 and has entered its 7th year of production already. Now Toyota is on the verge of introducing the all new 4th generation Harrier that is set to make its debut in Japan ideally in June this year.

The leaked video shows the front fascia of new Toyota Harrier comprising of a sleeker upper grille and sharper headlamps with LED DRLs and a full-width chrome stripe below them. There is a large lower grille and redesigned bumper up front. Towards the sides, the new model that appears to be bigger than its predecessor has a more fluidic design with longer bonnet and sleeker windows. The sloping roofline and the lower height, gives the SUV an aggressive hunkered-down stance. The rear end gets a full-width tail light stripe that is similar to that of Lexus UX. 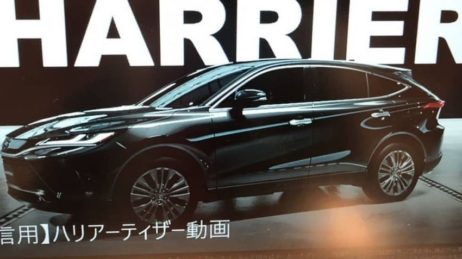 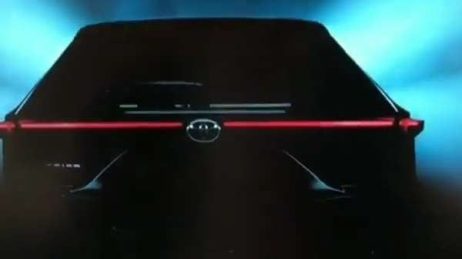 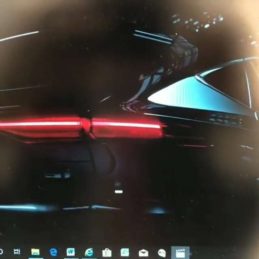 The all new 4th gen Harrier will ride on the TNGA platform that underpins most of Toyota’s latest models. Thanks to its increased dimensions, the new Harrier will be able to accommodate an optional third row of seats. New features include an electrochromic sunroof that can be dimmed whenever desired thus eliminating the need for blinds, as well as a dash cam integrated in the rear-view mirror.

A post shared by Kurdistan_Automotive_Blog (@kurdistan_automotive_blog_) on Apr 6, 2020 at 9:18am PDT

The new Harrier is expected to be powered by a 2.0 liter M20A direct-injected Dynamic Force engine that makes 172 hp and 203 Nm of torque– the same found in the RAV4. There will also be a hybrid version that combines a 2.5 liter engine and an electric motor, delivering a combined output of 211 hp– as in the Camry Hybrid.