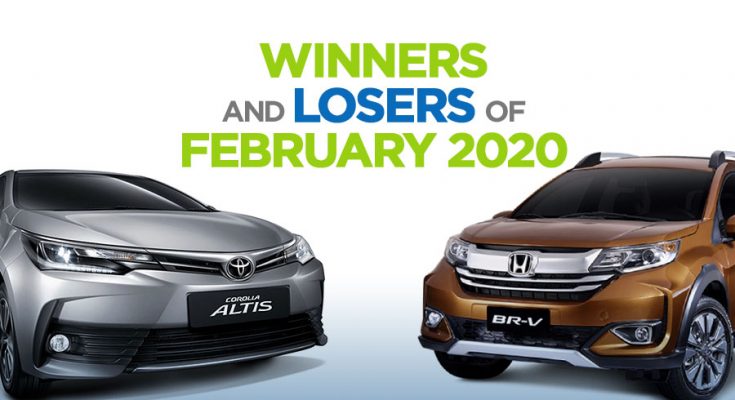 Auto sector in Pakistan is experiencing tougher times since last couple of years, however the situation got even bleak ever since the beginning of this fiscal year. Car sales have declined by 43.4% during the first 8 months of FY19-20 due to constantly rising car prices and soaring interest rates, and there is no sign of improvement in near future.

Related: Winners and Losers of January 2020

However, on a month-on-month basis, car sales slightly increased from 10,095 units in January 2020 to 10,345 units in February 2020, witnessing a mild 2.47% improvement. According to the data released by Pakistan Automobile Manufacturers Association (PAMA), while some models showed recovery in February 2020, there were some which suffered from a further decline in sales. Let’s see which of the local assembled vehicles were the Winners in February and which were the Losers.

As evident from the figures above, the Toyota Fortuner and Hilux in February saw a massive increase in sales compared to January 2020. This was followed by a good recovery from Suzuki Swift and Bolan, both of which were among the Losers in previous month. WagonR despite suffering from a 72% decline in sales on YoY basis saw an improvement of 23.3% on MoM basis. The Isuzu D-Max having witnessed lowest-ever sales in December continued to improve in February as well and remain included in the Winners table. The Corolla with a marginal improvement in sales sits at the bottom of the table.

Sales of Suzuki Ravi continued is descend in February too, this was followed by a surprise entry of Honda BR-V in this list which having seen a massive 174% increase in January witnessed a negative 17% decline in February 2020. Suzuki Cultus which was the only entry by Pak Suzuki in Winners table was thrown back among the Losers with a -9.7% decline in sales. The craze of Alto 660cc is also diluting as it witnessed the lowest-ever sales in February and posted a second consecutive month decline. The combined stats of Honda Civic and City also saw a slight decline of -0.5% with a probable average of less than 1,000 units a month each.