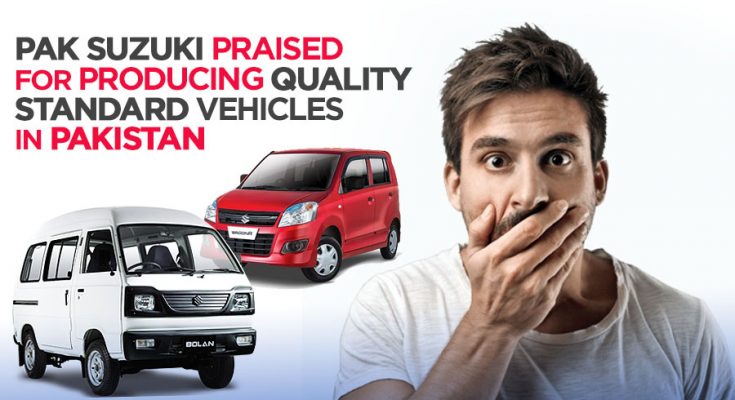 The National Assembly’s Standing Committee on Industries and Production has praised Pak Suzuki for producing quality standard vehicles in Pakistan during its recent visit to the assembly plant.

Earlier, in a previous meeting few members of the committee had shown their concerns about the quality of locally assembled vehicles which risk the lives of customers despite paying huge prices. However according to an official statement issued after a meeting of the committee in Karachi on Wednesday, the members of the parliamentary panel appreciated the role of Pak Suzuki for providing standards products in Pakistan.

During the meeting, Managing Director of Pak Suzuki responded to the questions raised by the members regarding quality of products and their higher prices. According to Pak Suzuki Rupee depreciation, high markup rates, over-taxation & added duties, increase in fixed costs/utilities, high trend of inflation and non-implementation of Automotive Development Policy 2016-21 were the major reasons for low production in the automotive sector, resulting in price fluctuation in the market.

Additional Secretary, Ministry of Industries informed that taxation matters were taken up earlier with Ministry of Finance and Revenue but they have yet to respond. The committee then decided that an exclusive meeting may be convened with the Federal Board of Revenue (FBR), and Ministry of Finance to resolve the problems of ACD & FED, shortly.