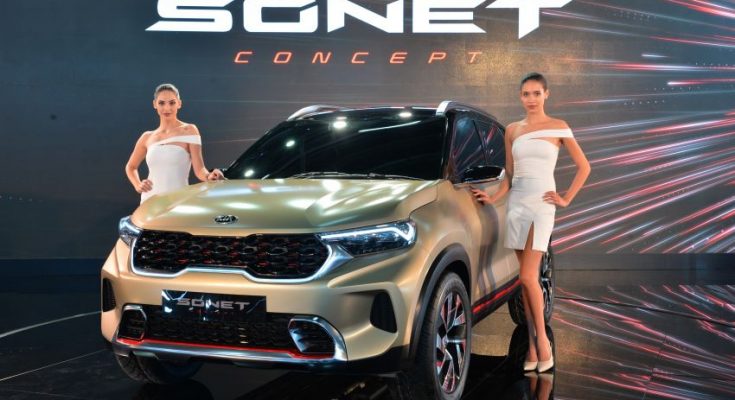 Kia has unveiled its newest crossover SUV concept called as Sonet at the ongoing 2020 Auto Expo in New Delhi. According to Kia, the Sonet concept previews a global compact SUV that will be first launched in the Indian market towards the second half of this year, followed by introduction in other global markets. 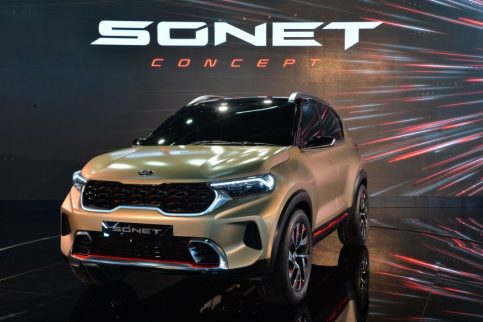 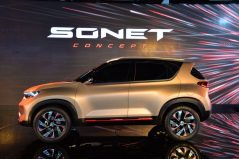 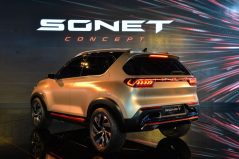 Apart from the pop-out door handles and tiny side mirrors, the Sonet looks pretty much production ready. The Sonet concept features Kia’s signature front fascia comprising of a sleek blackened Tiger Nose grille with red highlights on the lower bumper and side cladding. The sharp headlamp cluster goes in line with the integrated boomerang-shaped LED DRLs.

The side profile has a rather clean appearance. While there are black claddings on wheel arches, and pillars as well as roof are painted in glossy black color rendering a dual-tone stance. Towards the back, the Kia Sonet has a slightly raked rear glass and an upright tailgate. The wraparound tail lamps are reminiscent of the Kia Sportage and meet at an illuminated Kia logo in the center via a light strip. 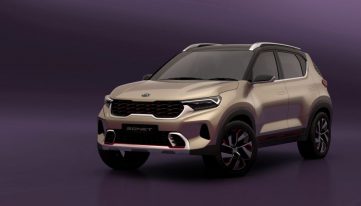 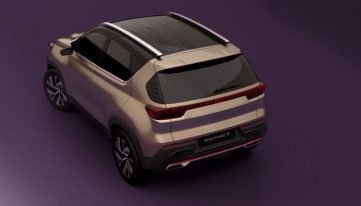 Interior wasn’t put up on display however according to Kia; the cabin highlights include a 10.25-inch infotainment and navigation system with UVO Connect, a Bose premium audio system, and an intelligent manual transmission (iMT). 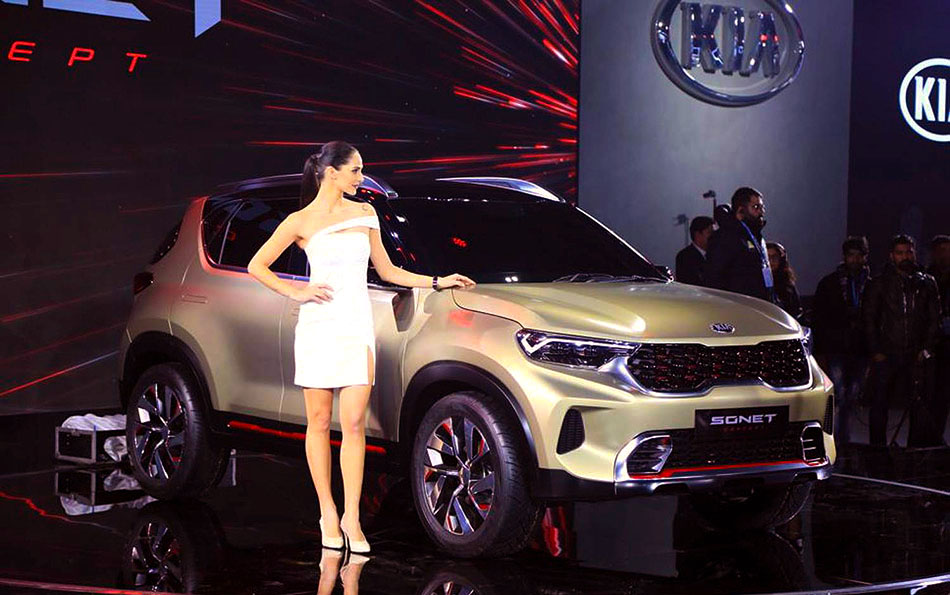 The Kia Sonet will share the platform and most of engines and transmission options with the Hyundai Venue which made its debut last year. Reportedly there will be a 1.2L naturally aspirated petrol, 1.0L turbocharged petrol and a 1.5L turbodiesel on offer. Kia says the suspension setup will be sportier than Hyundai Venue.

Last year, Kia’s newest sensation the Seltos SUV also made its debut in India. The Sonet will be the third product by Kia in India as the company began its operations with the launch of Seltos while the Carnival luxury MPV has just made its debut at the ongoing 2020 Auto Expo.