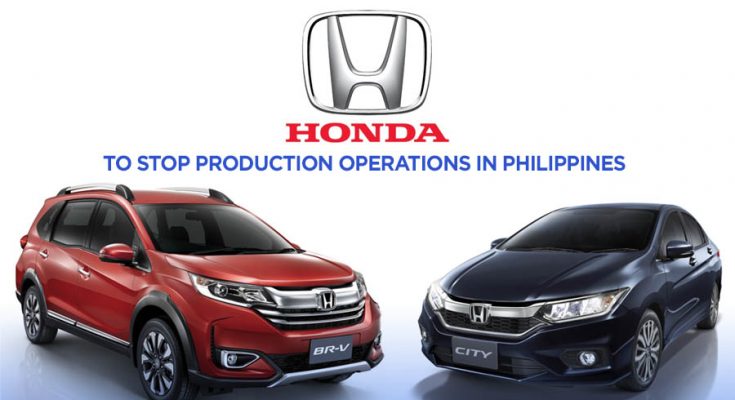 According to the official statement:

“To meet Honda’s customer needs in the Philippines for reasonably priced and good quality products, Honda considered efficient allocation and distribution of resources. As such, after consideration of optimization efforts in the production operations in Asia and Oceania region, Honda decided to close the manufacturing operations of Honda Cars Philippines, Inc. (HCPI). However HCPI will continue its automobile sales and after-sales service operation in the Philippines, through the utilization of Honda’s Asia and Oceania regional network.”

The Santa Rosa manufacturing plant, which constitutes a capital investment of P1.9 billion, was established in November 1990, and began production operations in 1992. It currently employs a workforce of 650 recruits. HCPI is the fourth largest car company in Philippines. In January this year, it sold 1,769 units which is 9% lower than the 1,943 units sold in the same month last year.