The development of electric rickshaw is a key step towards Pakistan’s steps towards electrification as it will not only help reduce country’s oil import bill but also cast positive impact on the environment. 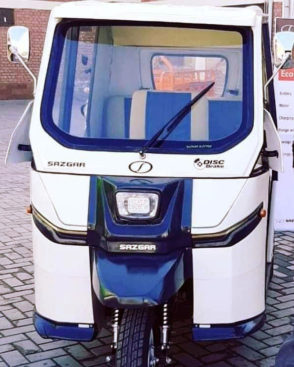 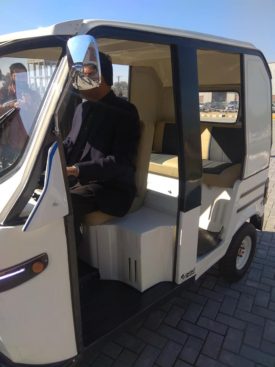 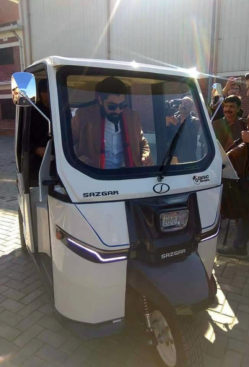 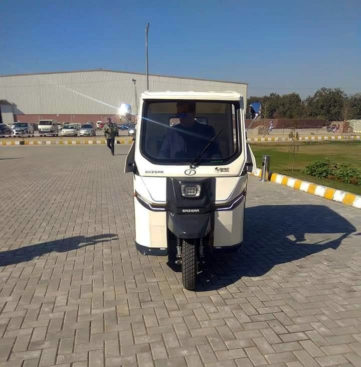 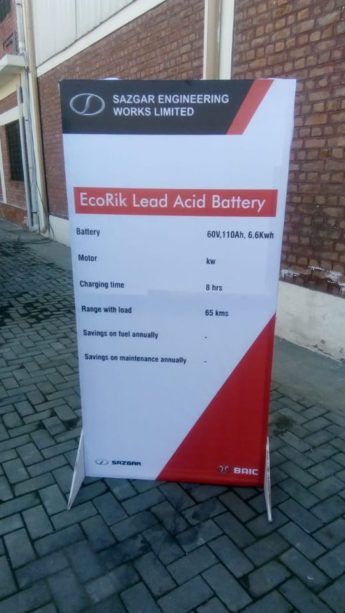 The electric rickshaw is powered by 3kw motor with a 7.7kwh battery pack. It requires 5 hours to fully charge while it’s capable to run up to 170km before needing a recharge. The electric rickshaw will be produced locally sparing the EV-kit. Sazgar also intends to export this electric rickshaw to other markets since its already exporting the gasoline 4-stroke rickshaws to various countries.

The company having acquired Greenfield status is also in process of introducing a range of passenger vehicles in Pakistan under the brand name BAIC, which will include hatchback, crossover, SUVs and minivans.