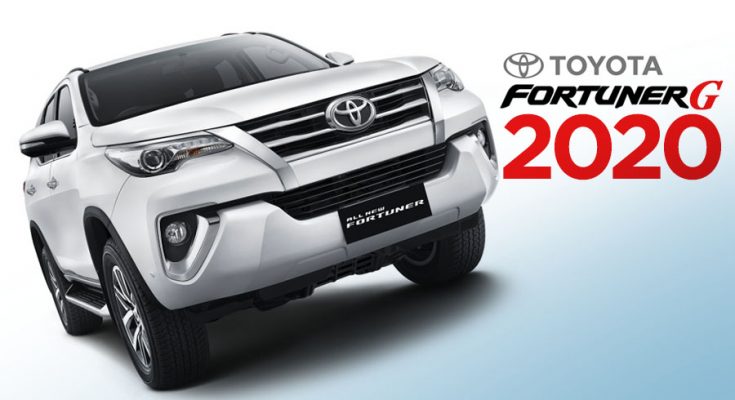 Indus Motor Company (IMC) has introduced a new base variant of the Fortuner SUV. Equipped with 2.7 liter petrol engine, the new Fortuner G is priced at PKR 72.99 lac, which is significantly lower than the two previously available variants which cost PKR 79.99 lac for 2.7L petrol and PKR 86.49 lac for Sigma4 diesel.

Like most other locally assembled vehicles, the Fortuner has severely suffered from poor sales during the last year. As of the first 5 months of this fiscal year, IMC has managed to sell just 476 units of Fortuner averaging only 95 units a month. As compared, it sold 1,100 units in the same period a year earlier averaging 220 units a month.

This registers a 57% decline in sales for Toyota Fortuner which once recorded its highest-ever sales in FY2017-18 with 4,186 units sold averaging 349 units a month. The company hopes that the new base variant which is Rs 700,000 cheaper than the existing 2.7L petrol and Rs 1,350,000 cheaper than 2.8L Sigma4 diesel variant will help improve the declining sales of Fortuner.

Ok let’s see upon launching and availability in show rooms ….. infact this price is ok for petrol version and 75 for diesel