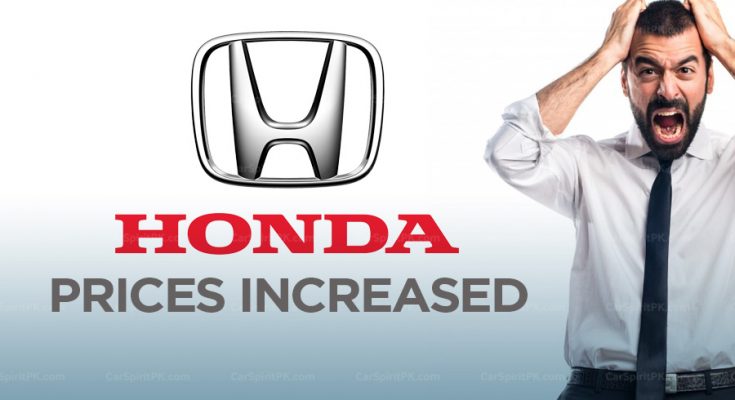 Following Suzuki and Toyota, Honda Atlas has now increased the prices of its cars effective from the 16th of January 2020. The increase in price ranges between Rs 20,000 to up to Rs 100,000 depending on the model & variant. 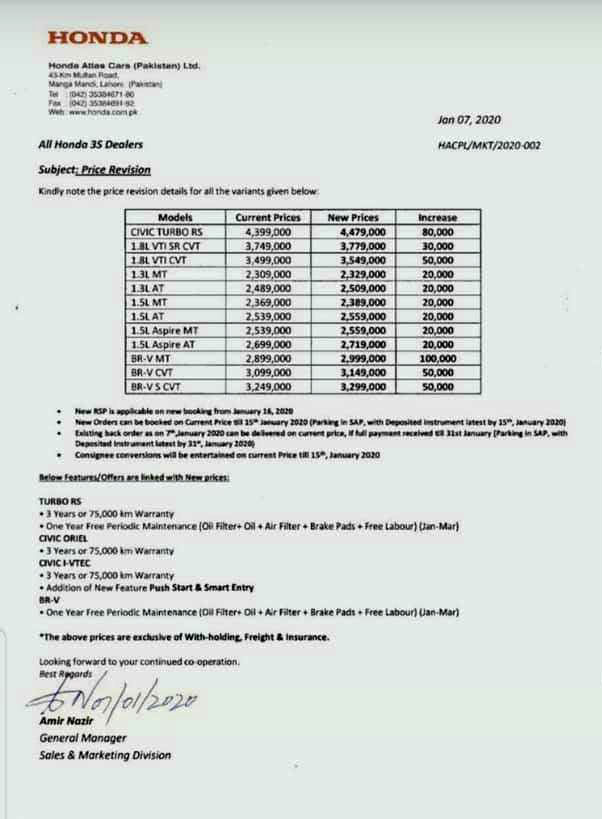 Interestingly there has been no additional duty or tax imposed by the government while the Rupee has actually recovered its strength during the last few months. Furthermore Honda Atlas has been suffering from miserable sales and is observing major plant shutdowns ever since the beginning of this fiscal year. However since car sales are likely to regain momentum in 2020, the price increase may help dampen the company its declining profits.

However with already diminishing sales, such a massive increase in prices may further dent Honda cars in Pakistan which are already witnessing up to 70% decline in sales.