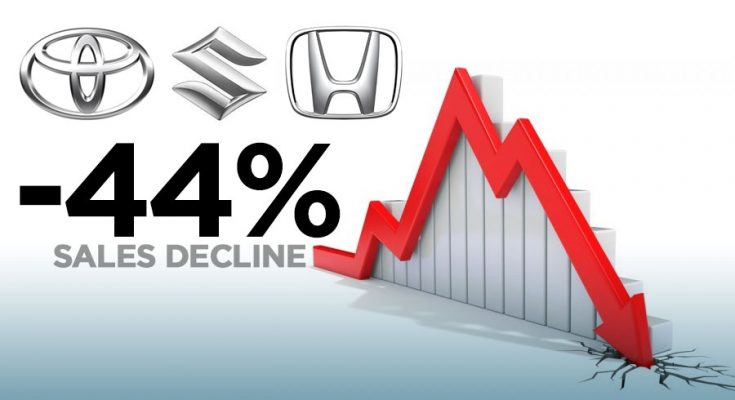 Demand of locally assembled automobiles continued to show downward trend as sales fell by 44% to 49,110 units during the first 5 months of current fiscal year. According to the data released by Pakistan Automobile Manufacturers Association (PAMA), overall car sales in November 2019 stood lower at 8,524 units compared to 9,569 units in October.

Things at Pak Suzuki weren’t too impressive either as their hot selling Alto 660cc suffered a major blow. Its sales in November fell to 2,967 units from 4,048 units in October registering a 26.7% decline. This is also the lowest-ever sales figure for Pak Suzuki’s currently best selling car ever since it was introduced some 5 months ago.

Car sales are expected to remain low in December as the end of year approaches; however automakers are optimistic that the sales might recover from January 2020 onwards.

Car prices plummeting down could be the best time, as it is expected they may rise again by the turn of the year