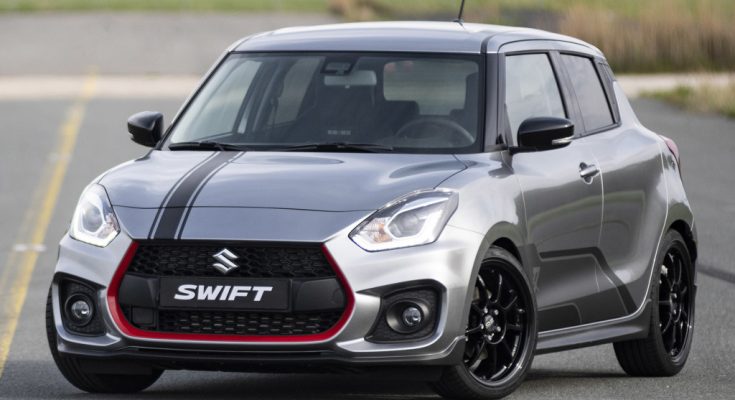 Suzuki launched the 4th generation Swift back in December 2016 which is about to complete its 3 years of production this December. This is the sort of period when automakers generally introduce a mid-life refresh with visual or often functional enhancements to make a car look attractive to customers for another few years before the new generation model replaces it.

Now as per reports Suzuki is working on to introduce the Swift facelift which will ideally be revealed during the first quarter in 2020. It is also being reported that the updates will likely be applied to the Swift Sport first, followed by the regular variants.

Depending on the market the Swift is available with a variety of naturally aspirated, turbocharged & hybrid engine options including 1.0 liter Boosterjet turbo, 1.2 liter Dualjet and 1.3 liter Multijet, whereas the Swift Sport packs a 1.4 liter K14C under its hood. 6-speed manual and 6-speed automatic are available transmission options with FWD and AWD models available.

Earlier this year, images of new Swift hybrid were seen testing on our roads as it was reported that Pak Suzuki is conducting feasibility study to launch the 4th generation Swift in Pakistan. The company currently sells the 2nd generation Swift here which was retired globally in 2010. The locally assembled Swift is experiencing miserable sales for quite some time now, however whether Pak Suzuki is going to introduce the 4th gen here when it’s already halfway through its life in international markets is unknown at this stage. And with the current market slowdown, chances of introduction of a new car look bleak.

Your article has been published as is in another blog. (Propakistani.pk)

ProPakistani is constantly copying our articles.