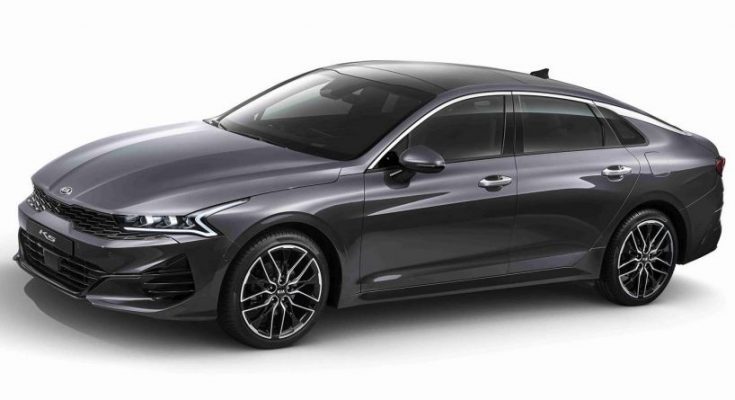 Kia has released first official images of the all-new 2020 Optima mid-size sedan– called as K5 in its home market.

The 2020 Kia Optima is a radical departure from the outgoing 4th generation model, giving an “intense first impression” as suggested by Kia. The 5th gen Optima adapts a sportback profile, and a lot of compelling cues that make it stand out from the crowd. The fascia gets a wider and a more stylized version of Kia’s signature Tiger Nose grille flaked by fluidic funky LED signature lights. There is an aggressive front bumper with larger corner inlets which adds to the dynamic appearance of the car. 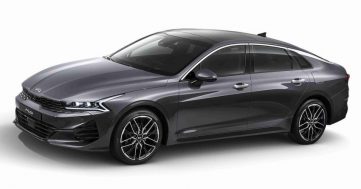 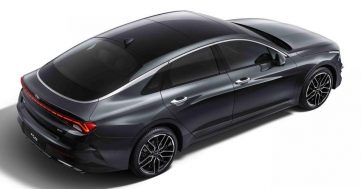 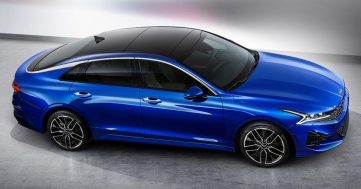 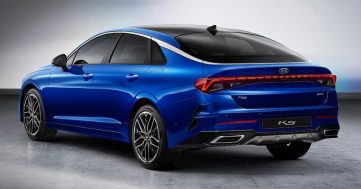 Side profile is rather simpler with main character line running beneath door handles and another from the wheel arches for an element of depth. A unique chrome trim can be found running along the top of the side windows, which then wraps around the base of the rear window. Towards the back there is a connected horizontal taillight unit that stretches across the width of the car lit by dashed lights. Further down, the faux diffuser and dual chrome exhaust finishers contribute to the sporty look of the new Optima, together with corner outlets beside the slim reflectors. 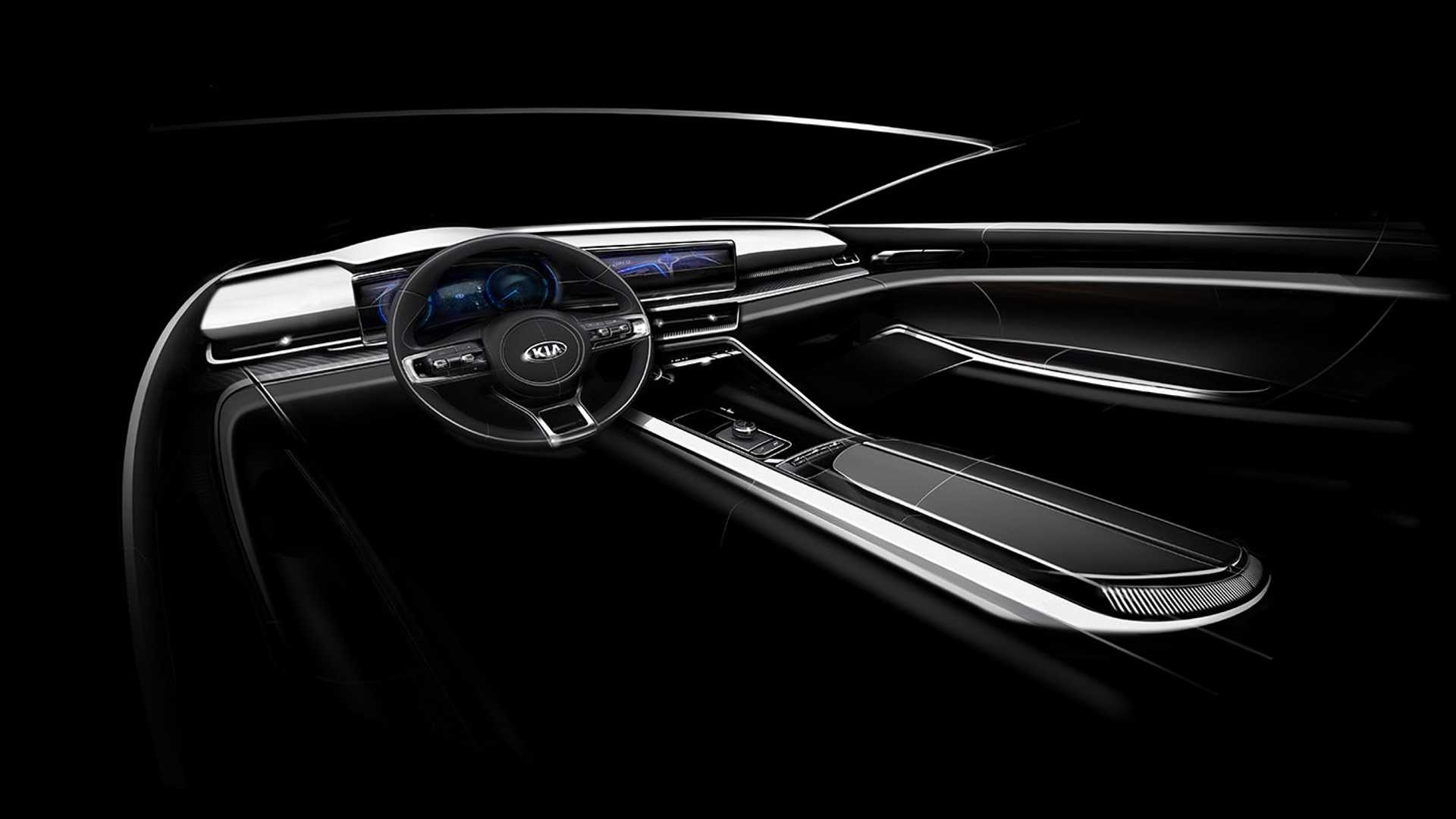 Although interior images have not been released yet, however as per the teaser sketches shown earlier, there will be a clean dashboard design with a fully digital instrument cluster accompanied by an extra-wide infotainment screen. There are lesser buttons on the center console, while the gear lever has been replaced by an electronic rotary selector.

Considered as a sister model to Hyundai Sonata, the latest generation of which debuted earlier this year, the next gen Optima is looking to be even more dazzling than its cousin Sonata. The new Optima has probably given us the hint on the design direction of future Kia models.