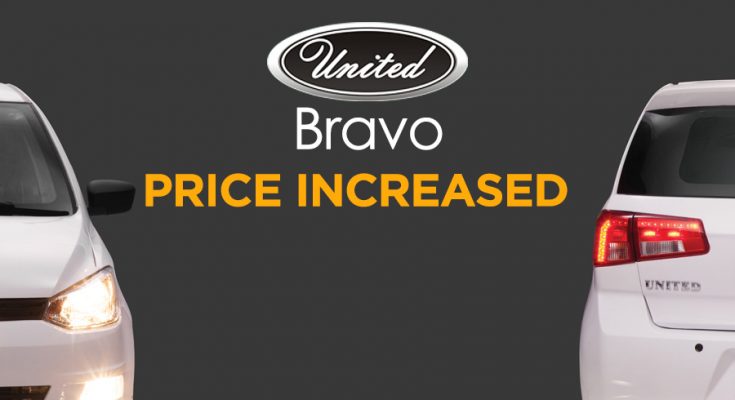 United has once again increased the price of its Bravo hatchback. According to the notice sent to its authorized dealerships, the company has introduced a few improvements to their 800cc hatchback. 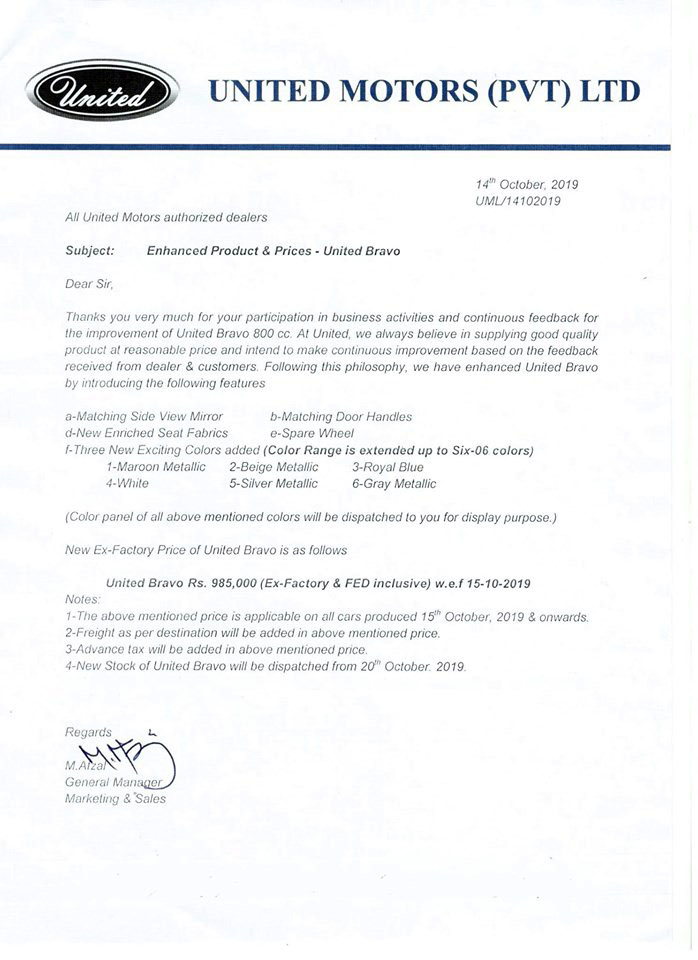 The Bravo now comes with matching door handles, matching side mirrors and improved seat fabric. The company has also included a spare wheel which was previously absent and instead had a tire mending kit in its trunk. With this, United has increased the price by Rs 60,000. The Bravo now retails at PKR 9.85 lac.

Additionally, the hatchback is now available in 6 colors instead of 3. In addition to White, Grey and Silver, the Bravo now comes available in metallic shades of Royal Blue, Beige and Maroon. The revised prices are effective from the 15th of October while the new stock will be available at dealerships by the 20th of this month.

United Bravo was launched in September last year with a price tag of PKR 8.5 lac. However the depreciating Rupee value against the Dollar as well as FED has taken toll on its prices. The Bravo has seen a 16% increase in price since it was first introduced some 13 months ago.

What is your opinion regarding this price increase versus the features added, let us know with the comments.

One million for Mehran replacement…….kudos