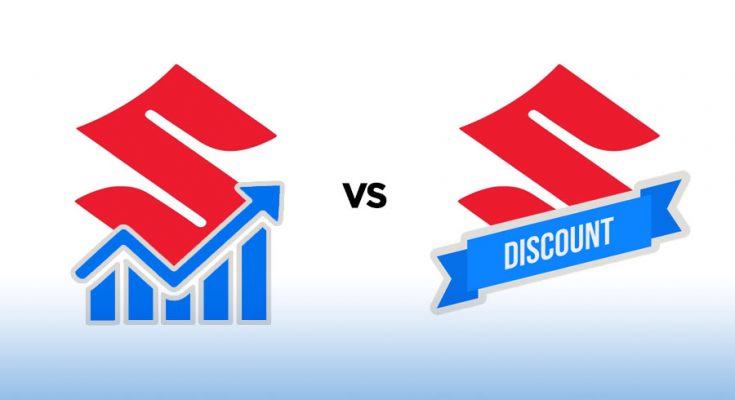 The purpose of creating this post is to show how Suzuki operates in two different markets while facing a similar situation– that is declining sales.

In competitive markets, automakers usually keep the vehicle price low initially in order to gain customer attention and may increase the price later on. In most cases the newer models or facelifts are priced lower than the existing one, such as the 2019 Proton Saga facelift which despite having a dozen improvements was priced lower than the pre-facelift models.

The global auto market is witnessing a slowdown, which in addition to various other reasons is also attributed towards the shift towards electrification and enforcement of stricter emission regulations. With more stringent emission norms taking effect in developed markets, automakers are in process of making their products compatible to meet the regulations while consumers are reluctant to go for the options already available in the market.

India is also making a shift from Bharat-IV to Bharat-VI emission standards, which is the stage-6 of emission regulations while skipping the stage-5 emission standards altogether. Like other automakers, Maruti Suzuki the largest automaker in India is also experiencing a slowdown in sales. Since January 2019, the automaker has experienced an estimated -30% decline in sales compared to the previous year. However to tackle the situation, Maruti is giving huge price cuts to its range of vehicles offered. 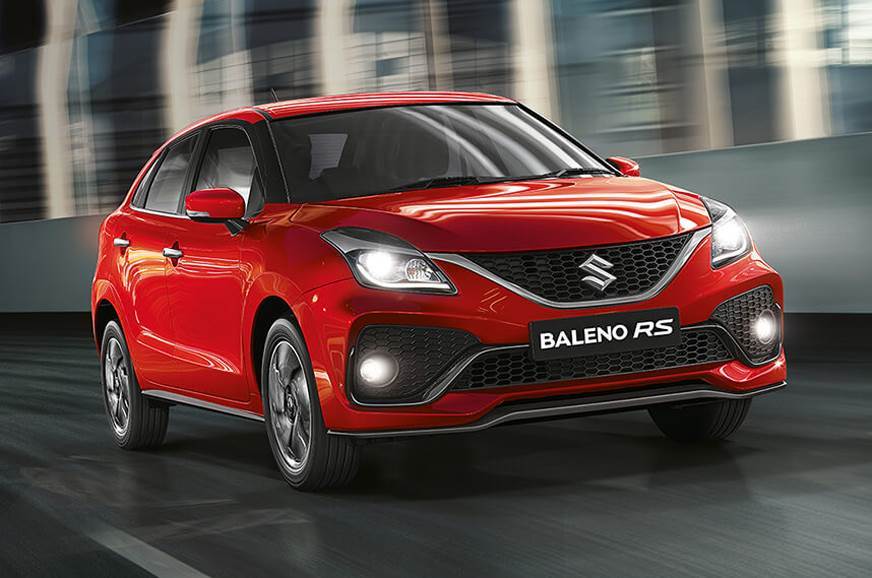 Maruti Suzuki Baleno RS, which was earlier priced at INR 8.89 lac (PKR 19.52 lac) is now available for INR 7.89 lakh (PKR 17.32 lac).  In addition to price cuts, Maruti is offering discounts and major benefits to its range of products:

Average discounts in Q2 of 2019 were 52% higher than those of Q1 when they were INR 16,941 per vehicle and 37% higher than INR 18,758 offered during the Q2 quarter in 2018. Ajay Seth, CFO of Maruti Suzuki, while talking to analysts after announcing the Q2 financial results said:

“If demand continues to be weak then obviously discounts will continue. It is a chicken and egg situation. All of us have surplus capacity and if we don’t utilize it then we are sitting on a huge fixed cost overhang. So we have to choose between the devil and the deep sea.”

On the other hand, auto sector in Pakistan is also experiencing a massive slowdown. However over here the reason isn’t the implementation of stringent emission norms, rather it is the imposition of duties & taxes as well as depreciating Rupee value against the US Dollar.

Since December 2017, car prices were revised for nearly 12 times with an increase of up to 48% in vehicle prices. Auto assemblers never missed a chance of revising the prices even in the slightest of variation in Rupee-Dollar parity. However now when the Rupee stands stable against the US Dollar and in fact has recovered slightly at Rs 155 instead a 160+ a few months ago, auto assemblers in Pakistan are shy to bring the prices down, but in fact are giving yet another push to car prices. Interestingly, there has been no further duty or taxes implemented by the government, which was earlier stated as one of the reasons of the price hike.

Like other automakers, Pak Suzuki (sparing Alto 660cc) is also suffering from a deplorable -68% decline in sales. But instead of giving discounts or slashing the prices, automakers in Pakistan including Pak Suzuki are increasing the prices while pursuing the government to abolish the taxes.

Now compare this with the official Maruti Suzuki statement:

“The company is optimistic that the price reduction will bring down the cost of acquisition especially for the entry-level customers and will help boost customer sentiment and revive the market to create demand.”

This perhaps goes to show the difference between automakers’ approach when battling with declining sales on either side of the border. Over here due to slowdown, the strategy seems to be to obtain profit of 5 units from a single unit sale. Whether this approach of increasing prices instead of not giving discounts or reducing prices even in these tougher times will bring Pak Suzuki or any other local assemblers the desired results? Perhaps not…

once again a worth reading piece 👏👏👏 keep going car spirit

i dont understand why these car companies cant cut prices? not even 10 to 15,000? and then they say sales r going down. i think their greed will bring them down then anything else.

this sums its up:: “Over here due to slowdown, the strategy seems to be to obtain profit of 5 units from a single unit sale”

Pakistani car manufactures must now adopt the philosophy of their Indian counterparts like Hindustan Suzuki and bring down prices by atleast 5% which will in thd first hand give price reduction of around 6-7% a relief to buyers and on the other hand will create demand from buyers resulting into revival of the declining auto industry …. the more the sales the more the profit …… a fruit for thought for our dumb auto industry think tanks …….

once again a quality article on carspirit pk 👍👍

pak suzuki is a worst leech which only knows to suck blood. never expect good from this company

well nothing correct has been done for pak auto industry to be honest. for last 30 years, no advancement, no tech transfer no improvisation, same old products and no vision for future. both automakers n govt r responsible for this mess. its time we scrap this mafia head to tail and bring some revolution in auto industry.

a very balanced write-up. this sums up that pak suzuki has no interest in localization or tech transfer. they are here to make profits only. they know people dont have other choices so they will keep on increasing and never try to localize anything ever

You hit the nail on the head! This is the reason the big three will keep failing time and again.