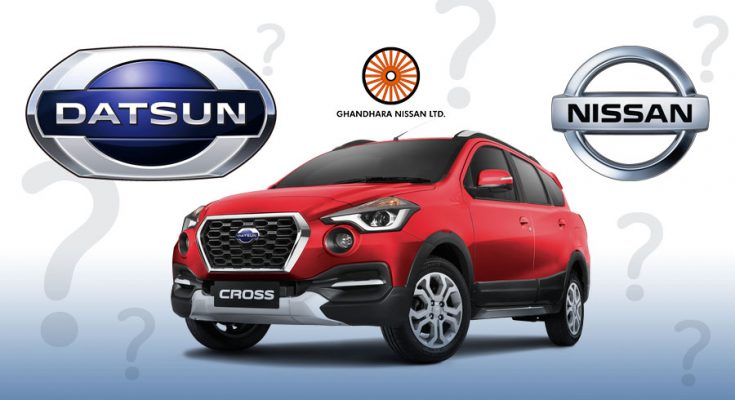 Ghandhara Nissan Ltd (GNL) is reviewing its plans to assemble Datsun vehicles in Pakistan as the company feels that under the prevalent volatile economic conditions and exchange rates, it cannot afford to go for a project of this magnitude especially with that level of uncertainty.

According to GNL official:

Ghandhara-Nissan having acquired Brownfield investment status in 2018 had planned to invest Rs 6.5 billion in the next four years to launch 1,200cc Datsun Cross by the 2020 and later roll out 1,200cc Datsun Go and Datsun Go Plus at their plant located in the Bin Qasim area.

The GNL official said that rupee devaluation against the dollar in last one-and-a-half year has changed the financial feasibility of the project while additional customs duty, federal excise duty and high interest rates did rest of the damage. The market situation is not conducive for new entrants as existing automakers are already facing crisis owing to around 50% decline in sales.

According to a company notice sent to Pakistan Stock Exchange, GNL had planned to achieve more than 30% localization during the first 3 years of its launch. However due to a substantial devaluation of rupee against the dollar, localization of parts has become mandatory to make the project viable. The technical evaluation study depicted that localization of some parts is either not possible or will take significant time and resources due to lack of technology and expertise in local market.

Therefore, Nissan Motor Limited (NML) has been exploring options to get these parts developed at a minimum cost by global vendors for imports as part of completely knocked down kits. GNL is also concerned that it has a limited period available to complete all the necessary requirements and start commercial production positively before June 30, 2021 deadline to avail the Brownfield incentives for the new entrants.

The official said both NML and GNL teams have been working day and night to address the above issues and hopefully will be able to overcome these challenges to launch the products within time, as both the partners do not want to miss this incentive opportunity for new entrants.

GNL will ultimately be the biggest sufferer if it cannot meet the target dates as it has been working on this project since the last few years utilizing all of its resources including monetary investment as well as work force. In addition to the progress on car project, the company is keen for capacity building vis-à-vis existing operations to ensure long-term sustainability while addressing challenging macro-economic environment.