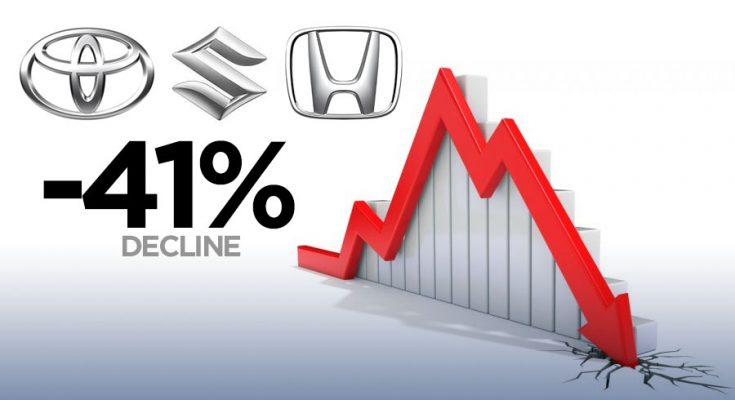 Tough times for auto sector continued as the sales of locally assembled automobiles continued to show a downward trend in September 2019. While sales may appear to have slightly improved compared to previous month, it still declined by -39% to 11,724 units in September 2019 compared to 19,345 units sold in the same month of previous year, according to data released by the Pakistan Automotive Manufacturers Association (PAMA).

Automobile sales began to suffer badly amid depreciating Rupee value against the US Dollar, constantly rising car prices and added duties and taxes by the government. Sales dropped 41% in the first quarter of the ongoing financial year to 34,308 units compared to 58,351 units in the corresponding period of previous fiscal year.

Honda Atlas received the major damage with a -68% year-on-year plunge in sales to 1,446 units in September 2019. The downtrend was led by 66% year-on-year dip in sales of City and Civic models due to a significant jump in their prices.

Despite the fact that Pak Suzuki has already made two major revisions to Alto price within a span of 3 months, sales are going strong due to absence of competition and curbs on imports of used JDMs.