Related: All New Hyundai ix25 Ready for its Chinese Debut

Honda operates two joint ventures in China– Guangzhou-Honda (GH) and Dongfeng-Honda (DH). These two ventures have their own versions of the popular Honda models, such as Honda Greiz sold by DH is basically a cosmetically different version of Honda City sold by GH.

Similarly there is XR-V by Dongfeng-Honda, which is an iteration of Honda Vezel sold by Guangzhou-Honda. And while GH sells the Accord, DH has its own version called as Inspire to be sold specifically in Chinese market.

The Breeze that you see here is basically a restyled CR-V, the latter being sold by Dongfeng-Honda. The Honda Breeze is largely identical to the CR-V in terms of dimensions. It has the same width (1,855 mm), height (1,679 mm) and wheelbase (2,660 mm) whereas it’s slightly longer in length measuring 4,634 mm compared to CR-V at 4,596 mm. The increase in length is due to the redesigned bumpers since everything else remains the same.

In terms of styling, the Breeze is prominently inspired by the tenth-generation Accord, with signature Solid Wing Face design with a large chrome bar on the grille flanked by a pair of “jewel eye” headlamps. It wears a more aggressive front bumper with a trapezoidal-shaped lower intake that is joined by decorative slits and the fog lamp enclosures. 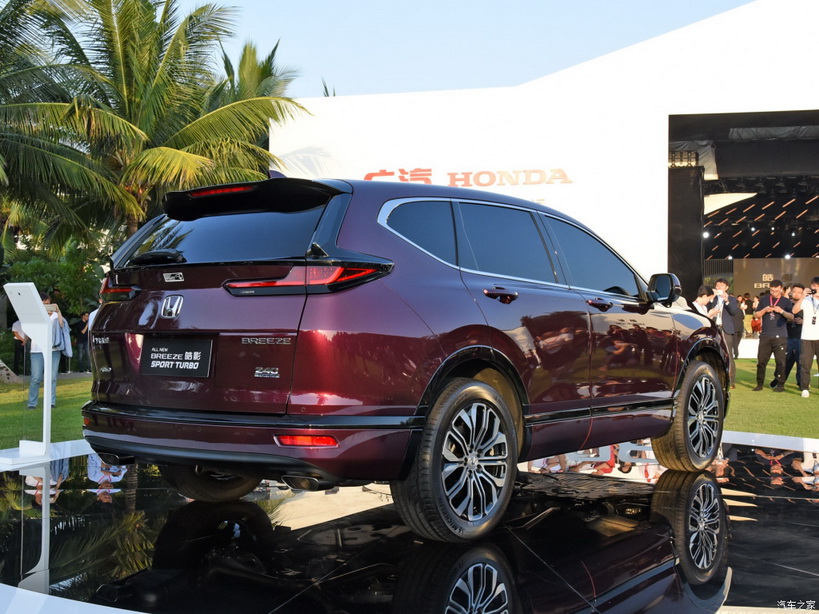 The rear-end features sleeker & flatter tail lights without the added vertical element that is found on the regular CR-V. There is a pair of trapezoidal-shaped exhaust finishers placed below slim reflectors on the bumper.

The Breeze’s cabin is said to be identical to that of CR-V, sharing the same dashboard design. However the display units had blacked out windows and locked doors so no interior images available at this stage. In terms of equipment, the Breeze is available with Honda Sensing and Honda Connect 2.0, while others features include wireless charging and a power tailgate. 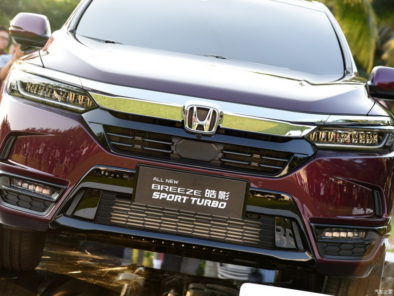 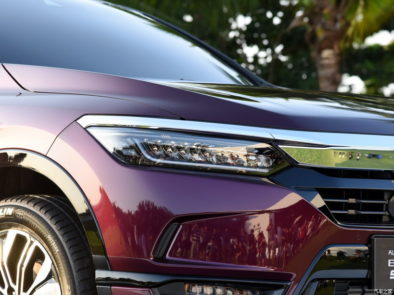 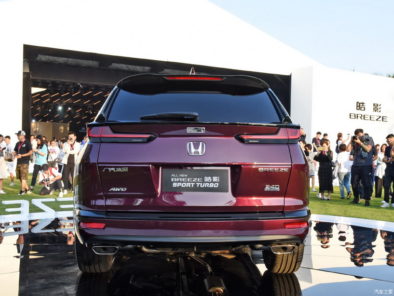 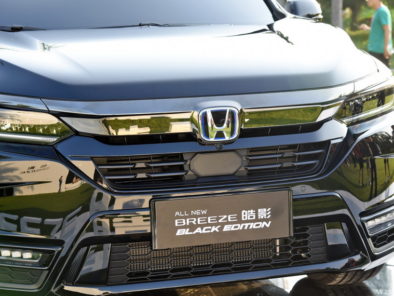 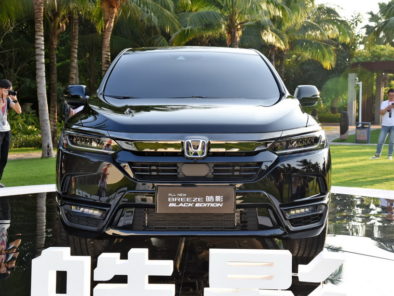 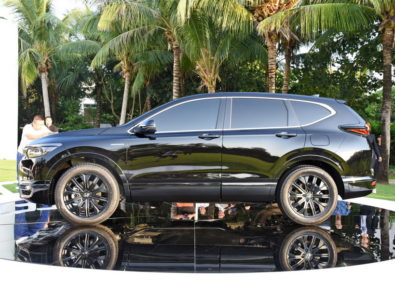 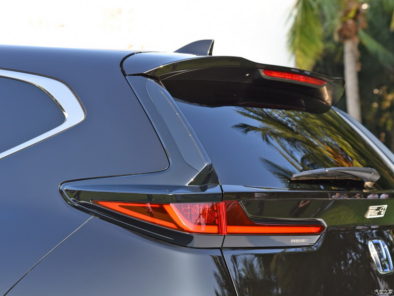 Honda Breeze comes available in two engines, a 1.5 liter turbocharged four-cylinder petrol engine producing 190 hp and 243 Nm mated to a CVT. The other is a hybrid version featuring Honda’s Intelligent Multi-Mode Drive (i-MMD) system consisting of a 2.0 liter DOHC i-VTEC coupled with dual electric motors and an e-CVT, resulting in a total system output of 212 hp and 315 Nm.