Expanding its foothold in the automobile market, Al-Haj Automotive has now joined hands with Zhongtong Bus manufacturing company which is considered as one of China’s major bus makers. 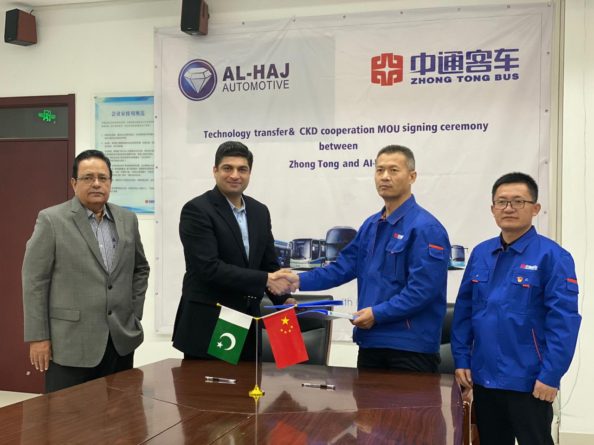 The technology transfer and CKD operations MoU signing ceremony was held in China in presence of high officials of both the companies.

The agreement will see Al-Haj assemble, market and sell Zhongtong buses in Pakistan in various configurations, sizes and seating capacities. Zhontong is famous for TransJakarta, a Bus Rapid Transit system in Jakarta, Indonesia and is known as the first BRT system in Asia.