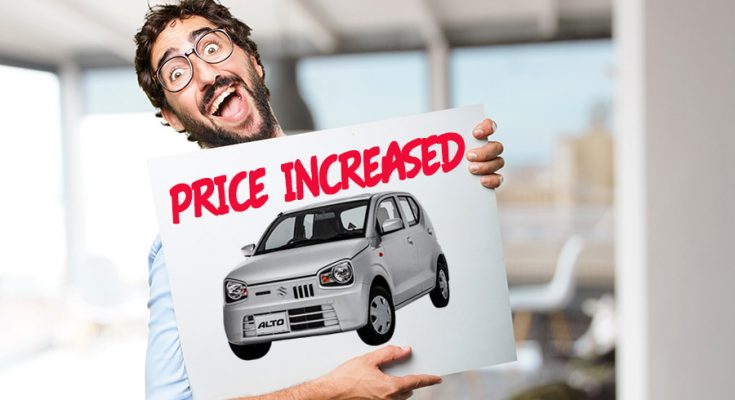 As indicated by us earlier this week, Pak Suzuki has once again jacked up the prices of its newly launched Alto 660cc. This is the second major price revision by the company since the vehicle was introduced in the mid of June 2019. The Alto price was revised by up to PKR 138,000 on the 31st of July, now the company has increased the price of the VXR variant by PKR 70,000 and that of VXL AGS by PKR 85,000. After this increase, the Alto VXR is now available for PKR 13.08 lac whereas the VXL AGS is available for PKR 15.18 lac. 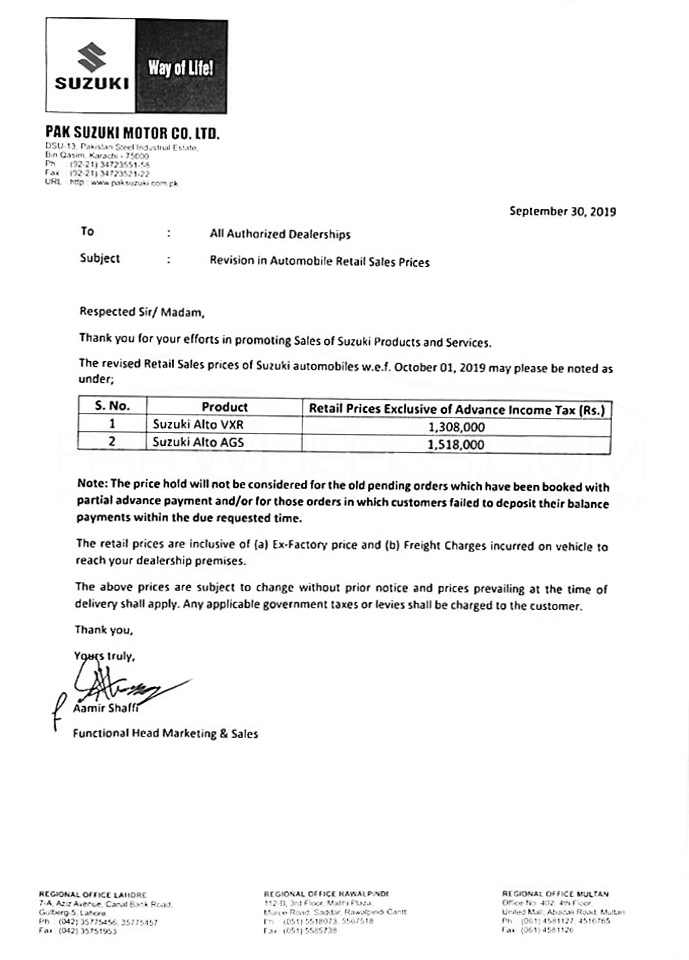 Pak Suzuki hasn’t mentioned any specific reason behind the price bump, however it is largely believed that since the company is facing a horrible decline in sales, it hopes to compensate the losses from Alto which is the only car selling in handsome numbers. In the first two months of this fiscal year 2019-20, the once-bestsellers Cultus and WagonR sold 3,985 units combined, contrary to this the Alto 660cc managed to sell 8,019 units in the same period which is more than twice the combined number of Cultus and WagonR sales.

Also, since there is no other option available, and the imports of used JDMs have been curbed by the government earlier this year, Pak Suzuki enjoys an unchallenged monopoly in small car segment. The revised Alto prices are effective from the 1st of October while the company says it reserves the right to revise the prices without any prior notification- not to mention without any need to specify the reason as well.

What is your opinion regarding this latest price increase by Pak Suzuki, let us know with your comments.

well pak suzuki is definitely out of its mind