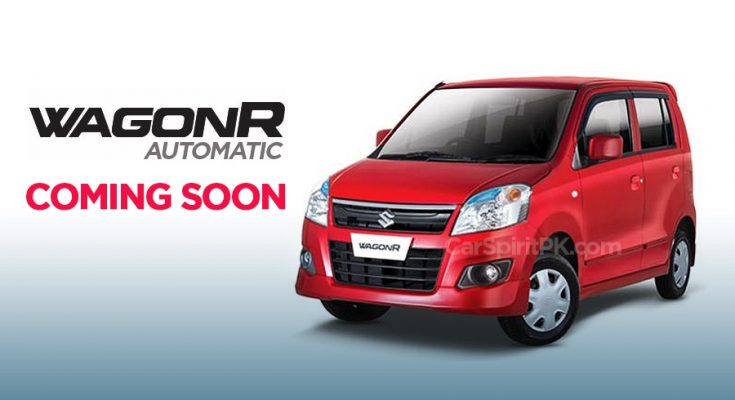 Pak Suzuki is considering to launch an automatic variant of the 1000cc WagonR tallboy hatchback in Pakistan. Introduced back in 2014, the WagonR till now was available with 5-speed manual transmission only.

According to information the WagonR will have the same auto gear shift setup that comes equipped with Cultus and the newly launched Alto 660cc. The WagonR automatic is expected to arrive towards the end of this year.

WagonR remains one of the handsome sellers in Pak Suzuki’s portfolio with sales increasing even when the industry is suffering from a downfall. As per the PAMA sales chart, Wagon R sold 29,206 units in FY2017-18 while its sales rose almost 12% to 32,614 units in FY2018-19.

Government’s restrictions on the imports of used cars is going to benefit Pak Suzuki at large since there is no other manufacturer offering mass produced small cars in the market. The company is confident that it will fill the vacuum of used small cars.

While Honda Atlas and Indus Motor Company (Toyota) had announced to halt production in specific days amid slowdown in vehicle sales, Pak Suzuki announced that it will neither cut down production nor resort to plant shutdown in weekdays. According to information, Pak Suzuki would produce over 76,000 units in the second half of this year, compared to 60,000 unites rolled out in H1.

They already have this transmission with them. No alterations needed too. Ab dekhna price 100,000 barh jaigee

Get ready for price increase 😕

Suzuki is looting because nobody else is selling 1000cc cars. they will give same AGS transmission which they already selling and add 150,000 more