Nissan has launched the 2019 Skyline facelift in its home market in Japan. Apart from a thorough exterior revision, the sedan features hybrid powertrain and also debuts Nissan’s new ProPilot 2.0 autonomous driving technology, and will go on sale in Japan later this year.

Related: Hyundai and Kia are Teaming Up with Rimac to Build Electric Sports Cars 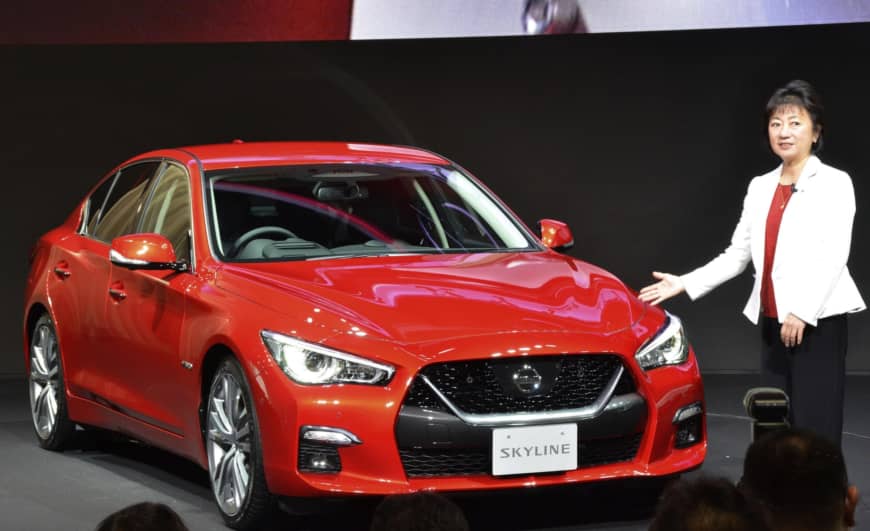 This is Nissan’s first major product debut in Japan since the arrest and ouster of its former Chairman Carlos Ghosn. The Japanese automaker is facing enormous pressure to revive its business following a car inspection scandal, the exposure of poor corporate governance practices and a year when it earned its lowest operating profit in a decade. 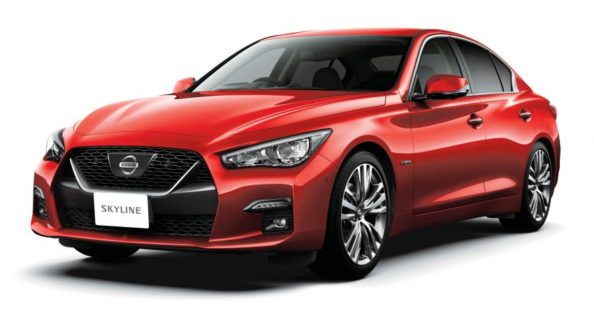 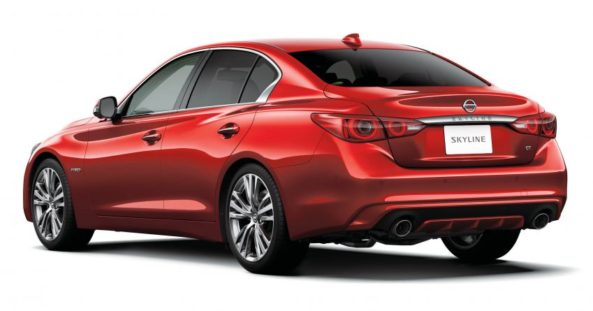 Inside, the interior remains very similar to the outgoing model, with a familiar dashboard layout that sees two screens placed on top of one another on the centre stack. However new additions include a full-color head-up display, while the ProPilto 2.0 system gains a 7-inch Advanced Drive Assist Display in the instrument cluster in place of the standard analogue/digital display combo. There’s also an updated NissanConnect infotainment system that supports over-the-air (OTA) updates and in-car Wi-Fi access.

The 2019 Skyline facelift comes with a 3.0 liter twin-turbo V6 petrol engine that serves up 302 hp and 400 Nm of torque sending power to the rear wheels through a 7-speed automatic transmission. A more powerful version of the V6 is exclusive to the 400R grade, which churns out 403 hp and 475 Nm. 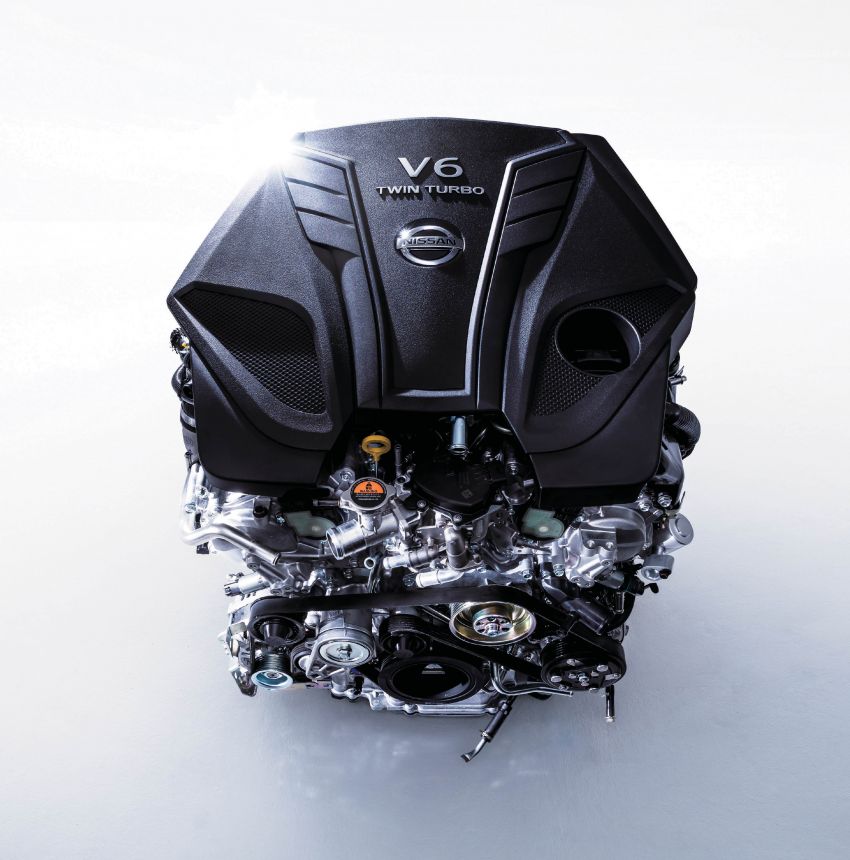 A hybrid powertrain is also offered with rear and all-wheel drive, which makes use of a 3.0 liter naturally-aspirated V6 that is paired with a HM34 electric motor (66 hp and 290 Nm) for a combined output of 304 hp and 350 Nm. The transmission is a hybrid-specific 7-speed automatic.

Outside of Japan, the Skyline is available as Infiniti Q50 and competes against the prestigious options from Mercedes and BMW stable. The 2019 Skyline facelift is priced from 4,274,640 yen (equivalent $39,610 USD). 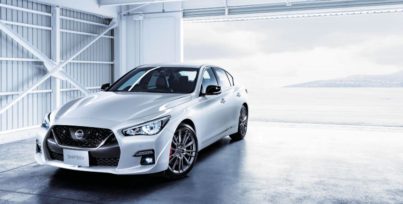 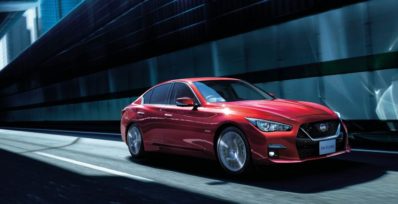 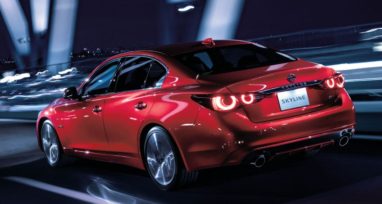 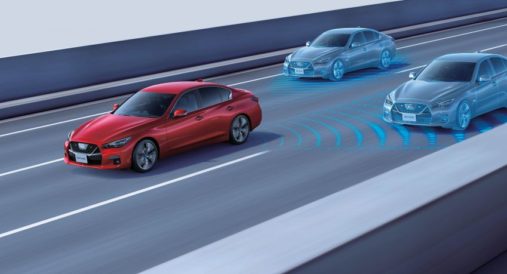 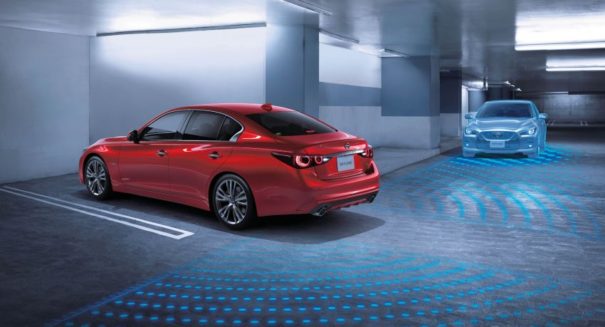 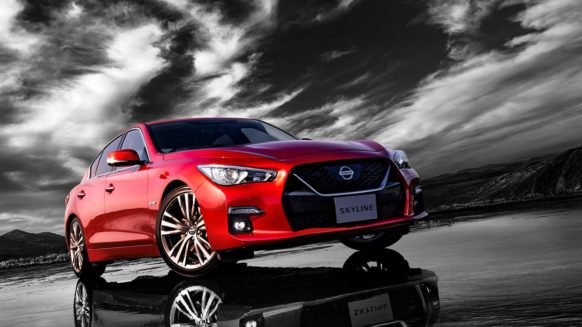