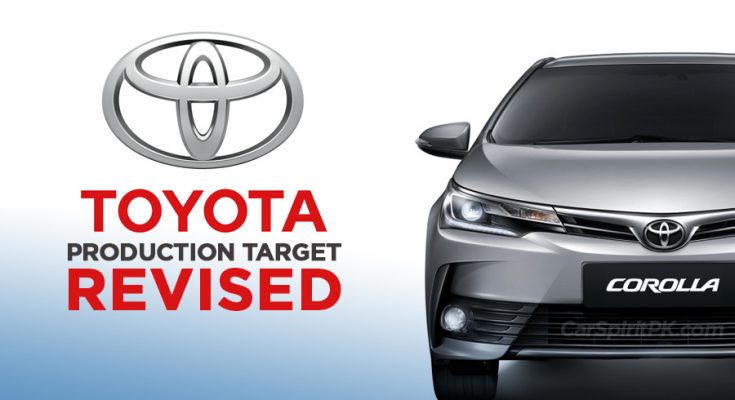 Indus Motor Company (IMC) has revised its assembly plans for all its vehicles and would now assemble 70% of the estimated units planned earlier.

According to Dawn, IMC will assemble 3,521 units in July, instead of 5,061 units. The production of Toyota Corolla which is currently the bestselling car in the market would drop from 4,430 to 2,890 units in the current month.

Meanwhile, an authorized Toyota dealer on the condition of anonymity said only 1 to 2 vehicles are being booked on a daily basis as against 5 to 6 vehicles in previous months. He claimed that the situation is almost same in other Toyota showrooms.

Amid slowdown in sales due to constantly rising car prices and new taxes and duties imposed by the government, IMC has also decided to stop car production for 8 days (2 days a week) starting from this month.