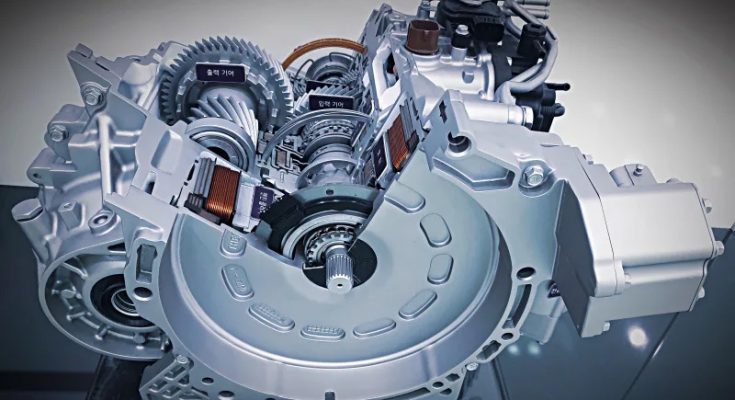 South Korean automaker Hyundai has revealed a new automatic transmission for its electrified cars, which will allow it to use torque converters instead of dual-clutch transmissions in hybrid vehicles.

Unlike its current range of hybrid cars, which rely on dual-clutch transmissions, the new ‘Active Shift Control’ transmission is built around a more conventional torque converter. Central to the system is new control software for the hybrid unit, which uses the electric motor to match the engine’s speed with the transmission speed to cut shift times by up to 30%.

With shift times dropping from 500 to 350 milliseconds, Hyundai says the efficiency losses traditionally associated with torque converters are minimized. According to Kyoung Joon Chang, vice-president and head of powertrain control systems at Hyundai:

“The development of world’s first ASC technology is a remarkable innovation which incorporates precise motor control to automatic transmission. It will not only save fuel but also provide a more fun driving experience for our customers.”

Hyundai’s current range of hybrid and plug-in hybrid vehicles relies on a dual-clutch transmission. The new system will make its debut in the upcoming Sonata Hybrid, but will eventually roll out across the entire Hyundai and Kia range.