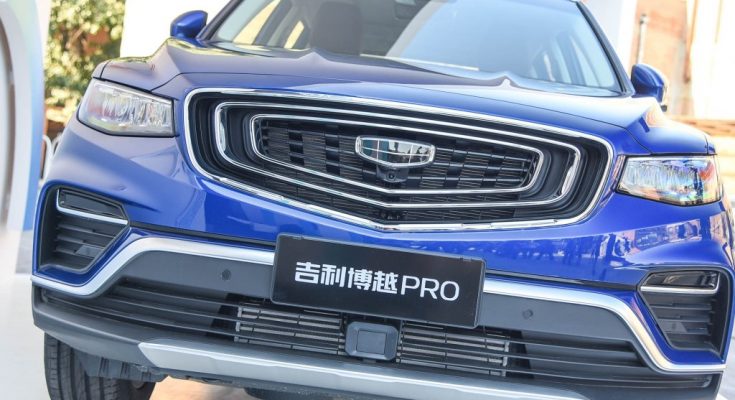 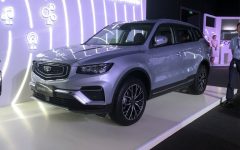 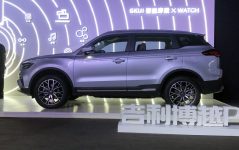 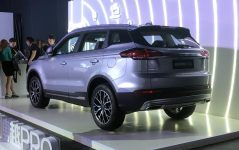 As far as the appearance is concerned the front-end gets inspiration from the Geely Xingyue Coupe SUV that was launched earlier this year, with smaller headlamps that are no longer connected to the signature expanding cosmos grille. The front apron gets more angular, with a wing that separates the corner fog lamp sections from the wide lower intake.

Along the side, the sporty profile is accentuated by relatively large-sized wheel and powerful character lines that create an image of constant motion even when still. The Boyue Pro also features a classic floating roof design which tapers down to meet the tailgate-mounted spoiler. 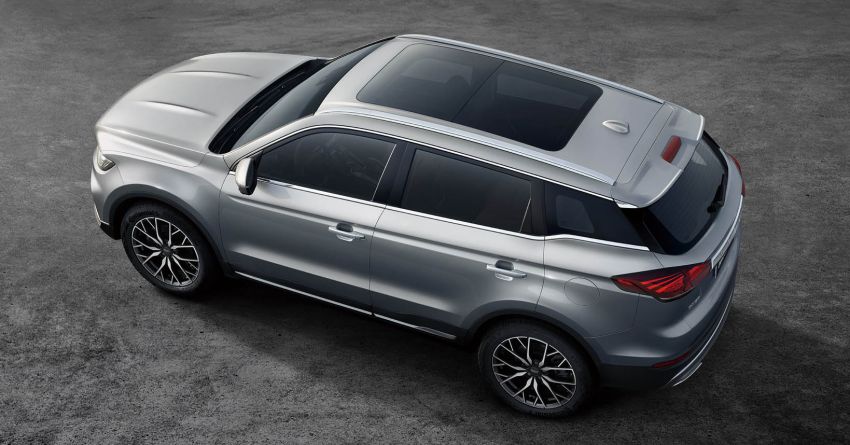 Towards the back, the tail lamp clusters have been tweaked with updated light graphics. The Boyue Pro gets Geely lettering on the chrome trim linking the clusters, instead of its logo. The lower section has also been simplified with a subtle diffuser. 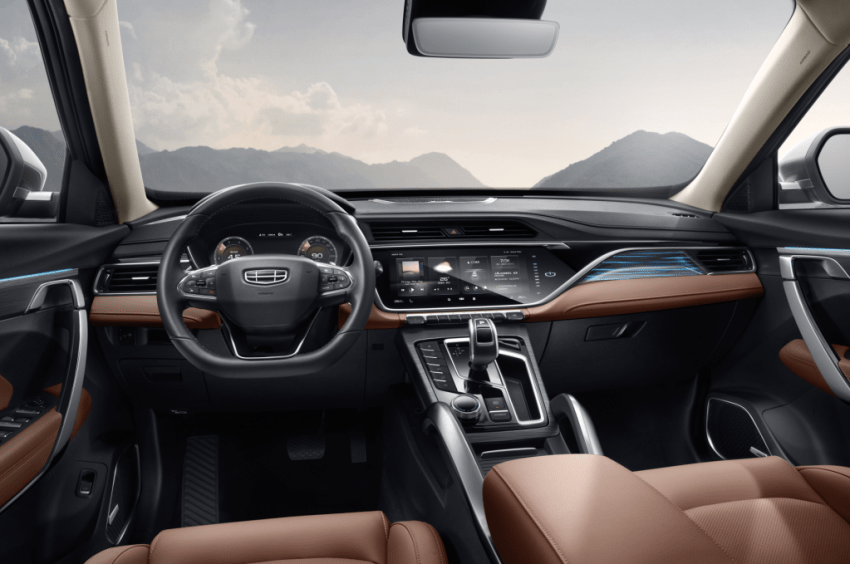 Inside, the Boyue Pro gets a redesigned dashboard with a layout that’s more asymmetrical to the driver’s side. The instrument binnacle has been reshaped while the digital instrument cluster has received new visuals. 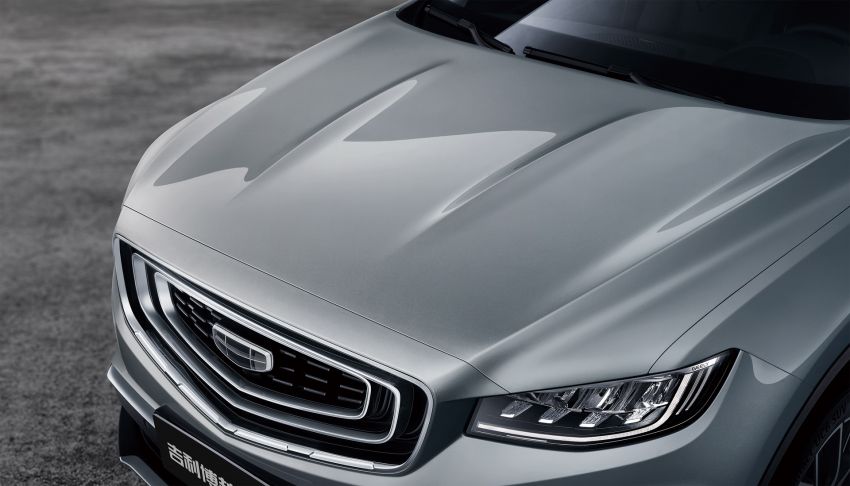 Although Geely Boyue Pro is an updated version of the regular Boyue, however according to Geely, the Boyue Pro won’t replace the current Boyue, but will instead be sold alongside as a more upscale offering. 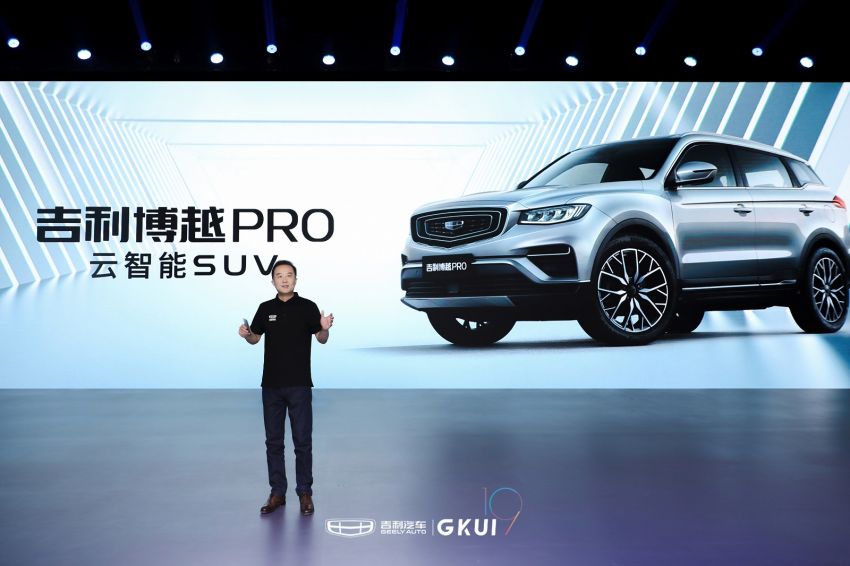 ECARX together with the global fabless semiconductor company, MediaTek, has developed the E-series, a system-on-chip (SoC) made specifically for intelligent connected vehicles to further enhance the users experience when using GKUI equipped vehicles. ECARX is planning for a more powerful E02 SoC, a next generation SoC with 8-cores and an independent neural processing unit NPU, to be launched in the first quarter of 2020.

Since its release in 2018, the GKUI Geely Smart Ecosystem has gathered more than 1 million active users and equipped on more than 22 Geely models. It is the fastest intelligent connectivity in-vehicle system in the industry.

Related: Geely Teaming up with Zenuity for its Driverless Cars 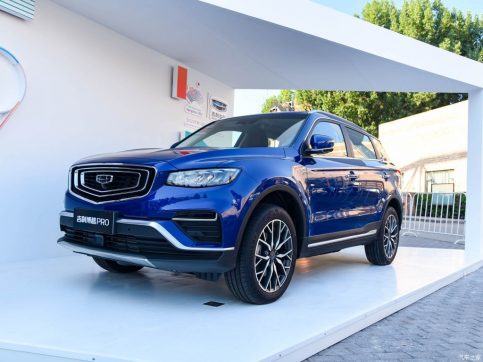 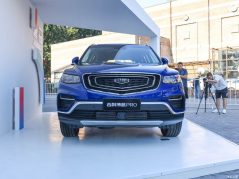 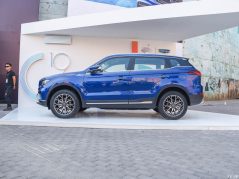 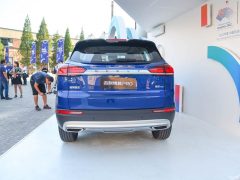 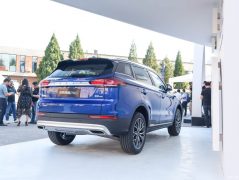 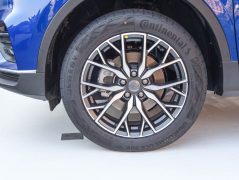 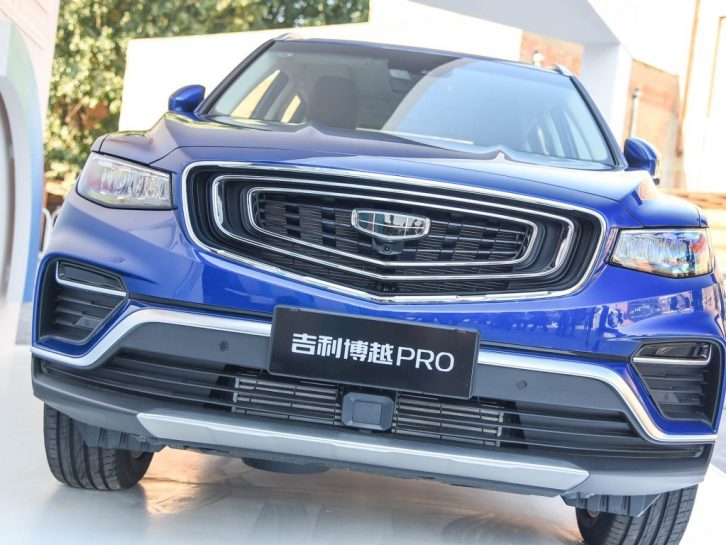 Geely is committed to building a smart future mobility ecology and is becoming a global leader in intelligent connected vehicles. As a technology company strategically invested in by Geely, ECARX has been focused on creating a new smart Internet of Vehicle ecology. Based on the concept of bringing the internet into the car, ECARX aims to offer the best intelligent cockpit experience to owners. With an advanced and open eco-platform, ECARX breaks the barriers throughout the internet and achieves cross-border integration and strategic cooperation with Internet giants such as Baidu and Tencent.

Is this an electric car or a petrol one?