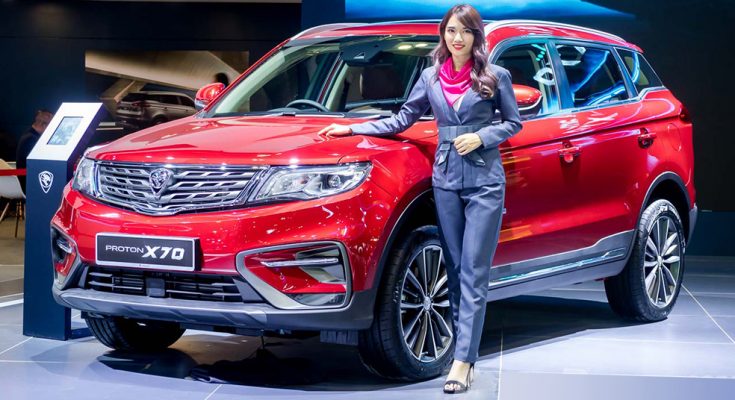 Malaysian automaker Proton, partly owned by Chinese automaker Zhejiang Geely Holding Group, will start assembling the X70 SUV with complete-knocked-down (CKD) kits imported from China towards the second half of this year.

Trial production of Proton X70, which is based on the Geely Boyue SUV has already begun at Proton’s new RM 1.2 billion assembly plant in Tanjung Malim. 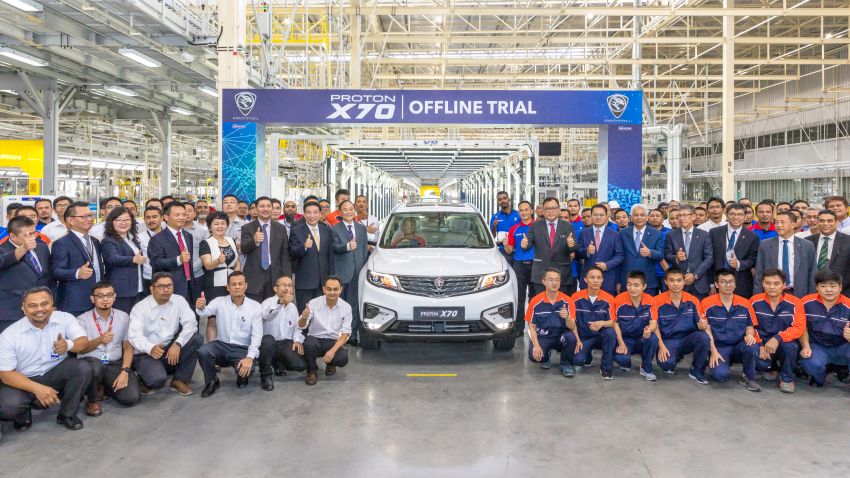 Geely has provided resources to help Proton expand its product lineup as well as production after acquiring 49.9% controlling stake of the Malaysian car band from local conglomerate DRB-Hicom in 2017.

In December 2018, Geely started shipping the Proton X70 which bears slight cosmetic differences from the original Boyue SUV. With accumulative sales reaching 13,572 in the first 5months, the X70 which is also Proton’s first-ever SUV has become the top-selling SUV in the Malaysian market.

In April, Proton secured a $455 million loan from China Construction Bank, a state-owned Chinese bank, to support its expansion in Southeast Asia. Proton also aims to penetrate the region and in process of doing so, have signed a licensing agreement with Al-Haj Automotive as Proton’s exclusive assembler and distributor in Pakistan, enabling it to assemble Proton-branded vehicles with CKD kits shipped from Malaysia.

Geely also recently inked a deal with DRB-Hicom on establishing a joint venture to develop digital technology and connectivity systems for Proton’s products.

always want to know whether CKD Proton X70 can do better.