The once troubled Malaysian automaker Proton is back on track and is doing exceptionally well ever since Chinese auto giant Zhejiang Geely Holding Group bought a 49.9% stake in Proton back in September 2017.

At the time of takeover, Geely announced that the company is committed to supporting the transformation of Proton with its expertise, and aims to build Proton into the most competitive brand in Malaysia and a leading brand in Southeast Asia. And this seems to turning out to be true.

Last month, Proton regained its spot as the second best selling brand in Malaysia after 37 months. Now the company has posted its highest sales figure of 10,611 units sold in May 2019. This is the highest ever figure in 46 months, as the best Proton earlier posted was in July 2015.

According to a company statement, this is an increase of 51.3% over April 2019, while overall sales for the first 5 months of this year increased 70% compared to the same period in 2018. Proton’s strong sales growth is led by the X70, which is their first SUV based on Geely Boyue. A total of 2,439 units of Proton X70 were sold in May and a cumulative 13,572 units have been delivered in the first 5 months of this year. This makes Proton X70 as the market leader in SUV segment. 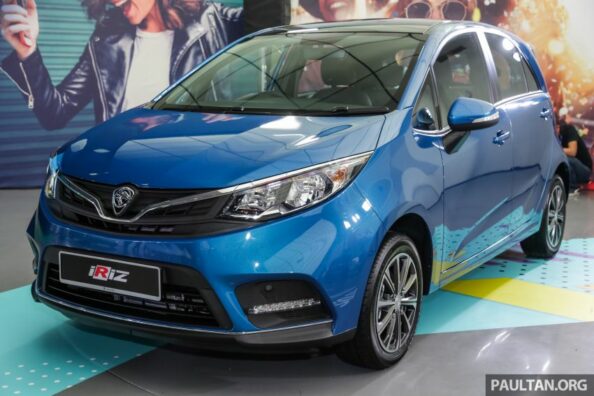 The newly updated duo– Persona and Iriz are also doing exceptionally well with nearly 4,000 units sold, the cumulative sales figure for these recently launched models makes up an impressive 36% of Proton’s overall sales.

Apart from that, the Proton Saga is also showing a strong resurgence in sales, having surpassed 3,000 units for the second month in a row and growing by 41% overall in the first 5 months of the year. Proton is also working on to introduce a major update to the Saga sedan that is most likely to be launched towards the end of this year.

Proton having teamed up with Al-Haj Automotive is in process of launching its range of vehicles in Pakistan. The plant being constructed in Karachi will become operational by June 2020 with 1.3 liter Saga sedan as their first offering. According to Proton Chairman Syed Faisal Albar, Pakistan will become Proton’s gateway to penetrate other markets while the company is studying to introduce other models in our market as well.