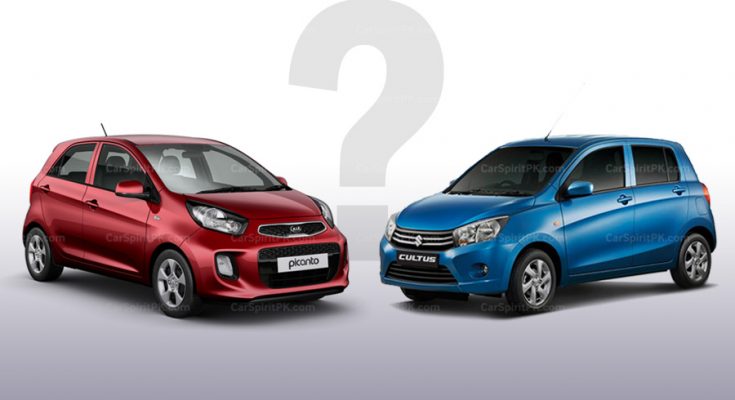 Kia Lucky Motors will commence the local production of two of its models from August this year, which include the 2.0 liter Sportage SUV and 1.0 liter Picanto hatchback. This will be the first time that a mainstream newcomer will be launching a local assembled small car in Pakistan that’s targeted towards the mass market buyers.

Related: Kia to Start Local Production of Sportage and Picanto From August

Before now newcomers entitled with Greenfield status had only introduced commercial pickups or minivans or super-expensive SUVs targeted towards elite car buyers in our market. Although one may argue that United has launched the Bravo and Regal is in process of introducing their Pearl 800cc hatchbacks, but both these options were developed by low-scale rather unknown automakers in China and have virtually no presence in the Chinese market or any part of the planet either.

The two cars (Bravo & Pearl) apparently have the same 30-year old Suzuki F8B replica engine as found in Mehran and have the same 4-speed manual transmission so it’s just the difference of skin and the presence of gadgetry on offer. So the Picanto will be something in another league and cannot be compared to the Bravo & Pearl for that matter. 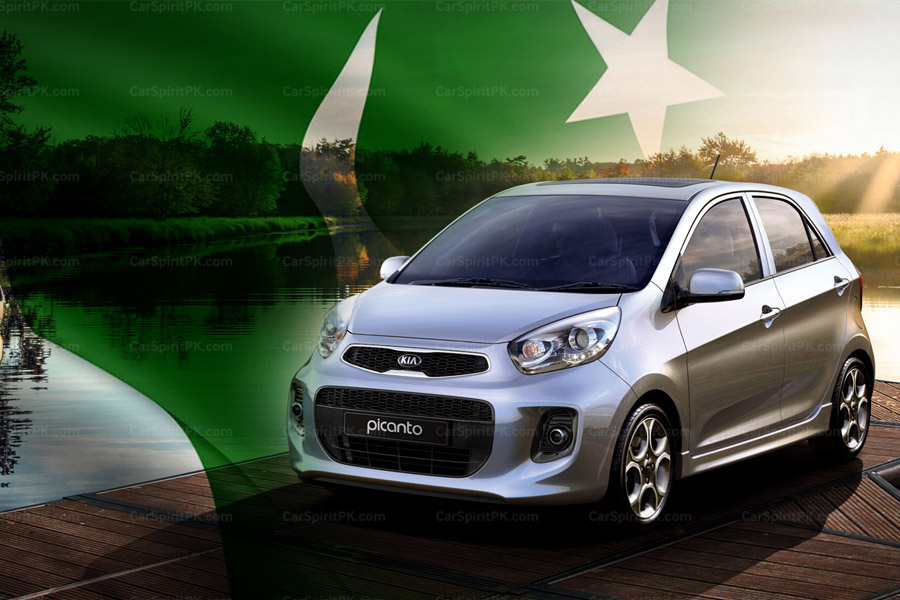 However to dilute the excitement to a certain extent, the Picanto being introduced in Pakistan is the second generation model that was globally retired in 2017. Nevertheless this generation of Picanto that was available between 2011 and 2017 was an internationally recognized model having bagged several automotive awards from across the globe including:

In international markets Kia Picanto rivals a number of small cars including the Hyundai i10, VW Up, Toyota Wigo and off course, the Suzuki Celerio which is already available in our market with a Cultus moniker. You will be surprised to know how closely these two cars compete against each other in terms of dimensions, space, engine as well as features on offer. 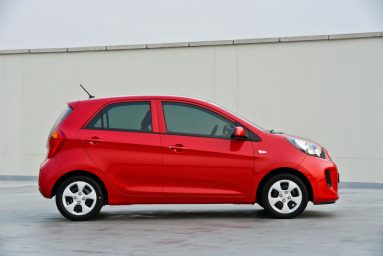 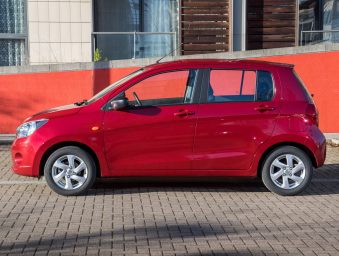 The difference in terms of length and width is just 5 mm which is negligible; the two can be called almost exactly equal. And with a 1,600mm or less width, both Picanto & Celerio can seat 2 adults at the back seats with ease. The third will need to squeeze to fit however if you have shorter people or kids you might be able adjust 3 people or more. Secondly the Picanto is 50mm shorter in height which will perhaps translate in favor of Suzuki Cultus having slightly better headroom.

Despite having a shorter height, the Picanto offers a ground clearance that is 7mm better than the Cultus. This sort of difference goes in favor of Kia Picanto giving it the ability to go over the obnoxious speed breakers found on our roads with ease.

Wheelbase is the distance between a car’s front and rear wheels. The measurement of wheelbase gives a pretty good idea of the spaciousness of vehicle’s cabin. Comparing this parameter, the Celerio offers a better wheelbase that is 40mm more than that of Picanto and will result in a slightly better legroom for its passengers.

The two cars again compete extremely close against each other considering the above parameter, with Cultus having a marginal edge over its South Korean rival.

Both Suzuki Cultus and Kia Picanto are powered by a 1.0 liter engine producing similar number of horses and torque. 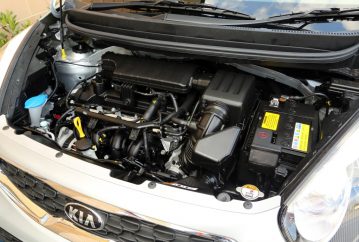 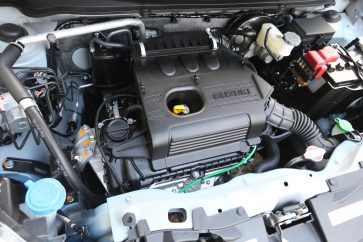 As far as the kerb weight is concerned the Picanto is 55kg heavier than the Cultus, giving the latter an advantage in fuel consumption due to lighter body weight.

Fuel consumption of 2nd gen Kia Picanto is rated at 22.7 km/liter for the manual and 21.7 km/liter for automatic. As for Suzuki Celerio the claimed fuel economy figures are 23.1 km/ liter however keep in mind these figures doesn’t really implement well for locally available units due to a number of factors including traffic, low quality fuel available in our country as well as poor environmental conditions. Better still, we can get the idea of their rated fuel economy figures elsewhere. Both vehicles have a fuel tank capacity of 35 liters.

Both the cars have a similar combination of front & rear suspension setup. Kia Picanto as well as the Suzuki Cultus have MacPherson Strut suspension at front while Torsion Beam suspension doing the job at rear. 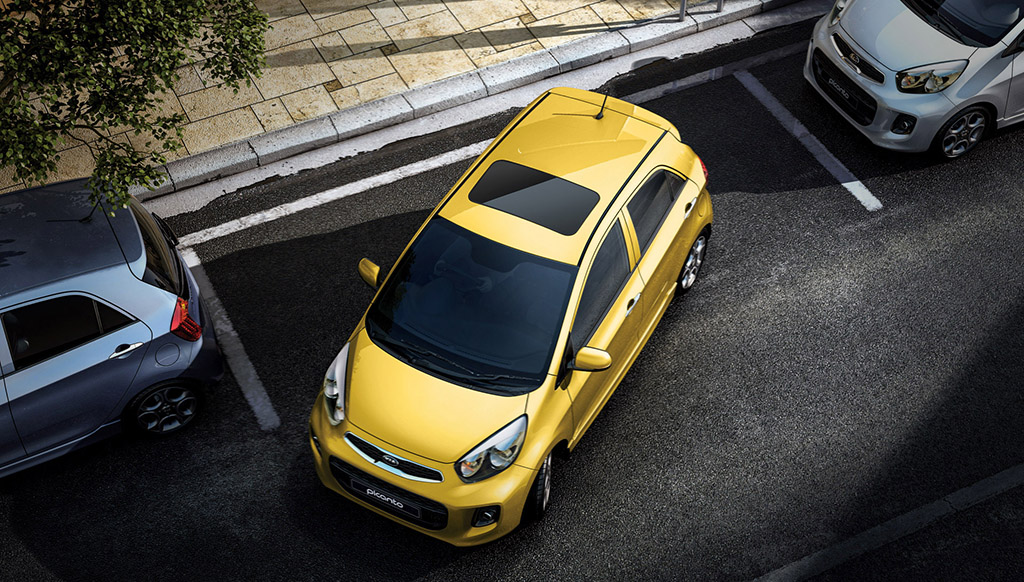 One of the key advantages of having a small car is its easy maneuverability, thanks to a smaller turning radius. Surprisingly both Kia Picanto and Suzuki Cultus have an exactly same 4.7 m turning radius. 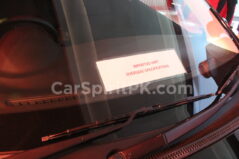 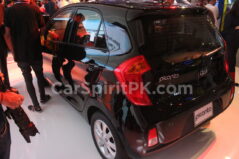 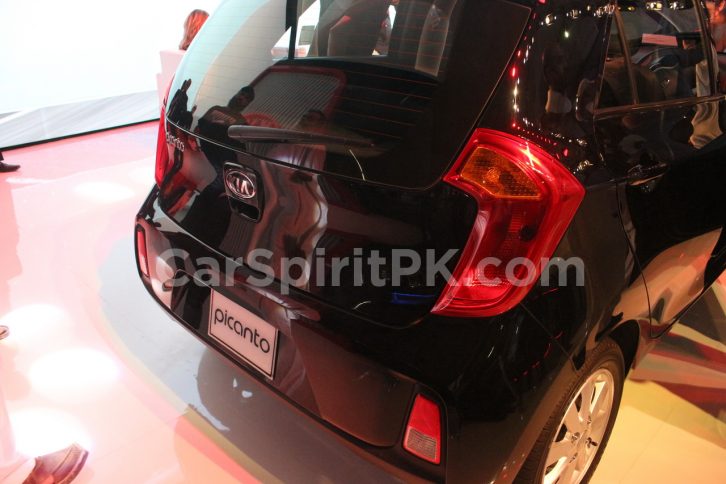 Since Kia Picanto is yet to be officially launched, we are not sure about the features and equipment on offer. The Picanto displayed at the PAPS 2019 had clearly written ‘Imported Unit Overseas Configuration’ on its windscreen which suggest that the Picanto, might not offer what the display unit (international-spec) version has to.

Still as per unofficial reports, the loaded version will offer airbags, power steering/ windows, multifunction steering wheel, air-condition, and will be offered in manual as well as automatic transmission option. All in all the Picanto locks its horns with the Cultus in almost every aspect, whats going to be a deciding factor will be its price and built quality, back by after sales support. 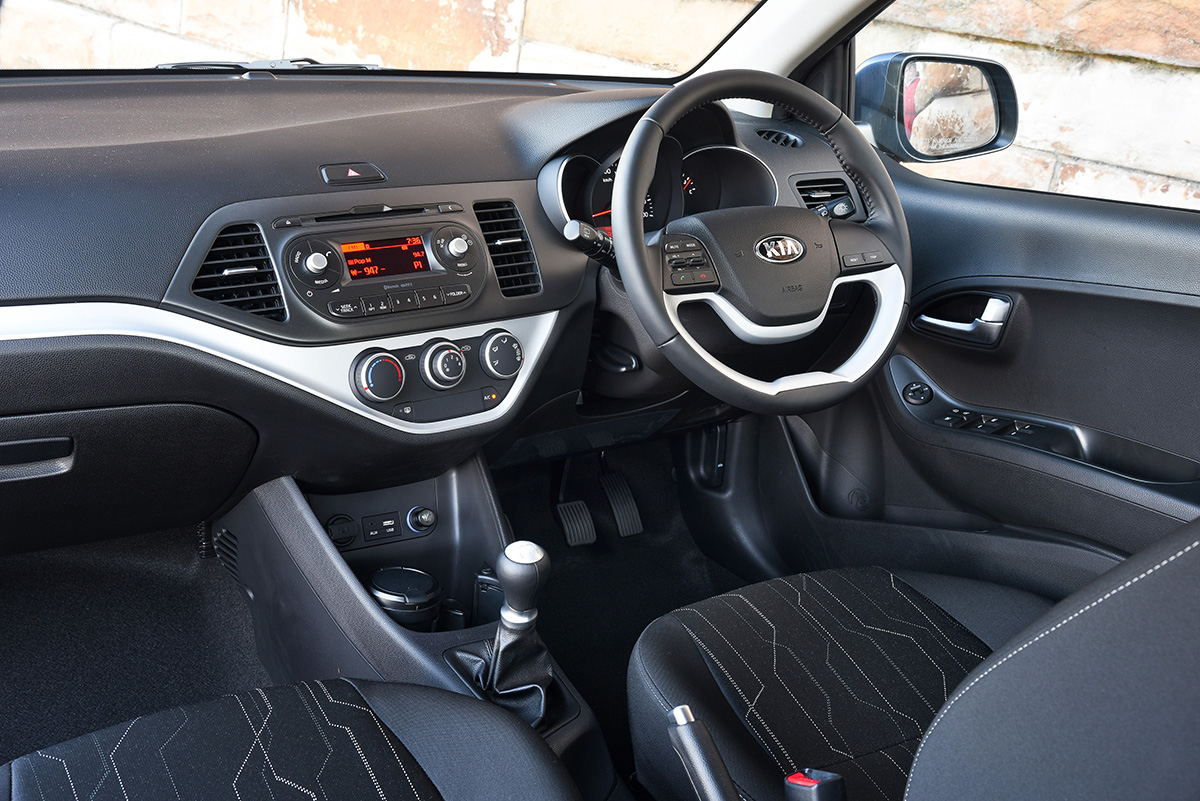 The Kia Picanto is expected to be priced between PKR 1.3 million to PKR 1.5 million. However the recent Rupee devaluation against US Dollar might take its toll on the final prices.  The booking of Kia Picanto will start in August and deliveries will begin in October 2019. Stay tuned to CarSpiritPK for more information on Kia Picanto launch in Pakistan.

Picanto’s only chance of success is if its 1.5-2 lak cheaper then cultus. Kia cannot beat Suzuki in parts n sales network so if they price like hyundai-nishat then kia will fail for the 3rd time in Pak

why the hell are they bringing an old shape here thats discontinued everywhere??

For Kia Pichanto price will be the real decider. Otherwise cultus will rule

only if its cheaper than Cultus. If Kia follows Hyundai-nishat then byebye Kia