However the Civic Type R Mugen Concept displayed at 2019 MAS is a little different than the one displayed in Tokyo which was in white color. The Malaysian show example is painted in a striking Carnival Red color and gets a few differences in kit. 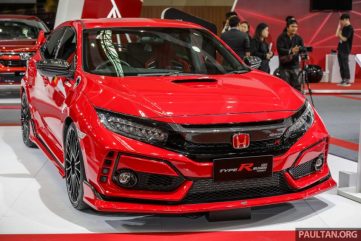 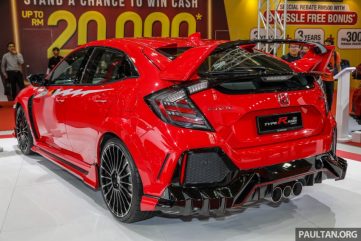 It adorns a different rear spoiler, and gets the usual three-tip exhaust as opposed to the Tokyo version which had a twin exhaust. Exterior design elements include a carbon grille garnish, with Mugen and Honda badges, a front lip spoiler, a rear under spoiler and side skirts. The car also gains carbon-fiber side mirror caps, new Mugen graphics for the LED tail lamps, a prominent rear spoiler and 20-inch multi-spoke, two-tone wheels. There are Mugen decals on various parts of the body too. Inside, the Honda Civic Type R Mugen has red sports seats with black accents, and adorned with Type R logos. Plus there are sports floor mats and scuff plates, carbon-fiber trim on to the door and dashboard panels, while the Mugen gear knob is wrapped in red leather.

The primary idea being to showcase the car as a trial platform for aesthetic enhancements, there is no mention of mechanical changes, so the Type R’s 2.0 liter VTEC Turbo is there to serve its duty putting out the usual 320hp and 400Nm. 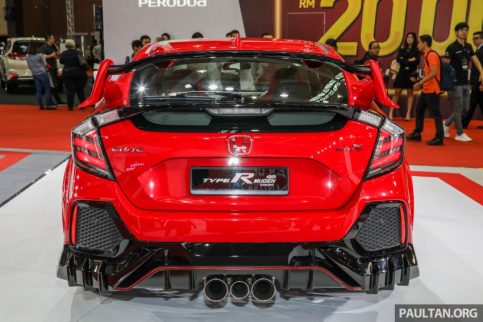 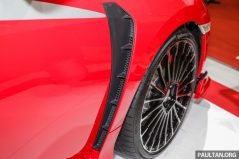 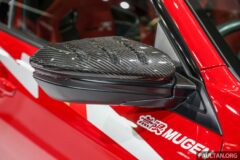 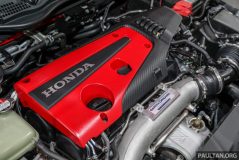 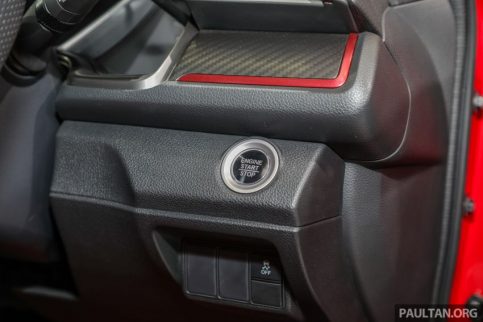 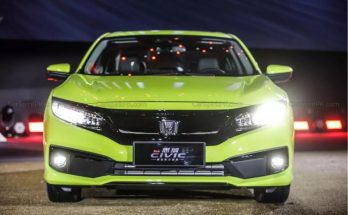